For every level of health, there comes an amazing natural solution that has been used for thousands of years to support it.

For brain function, there’s lion’s mane, the famous nootropic. For anit-aging and longevity, there’s he shou wu—and for boosting energy, there’s cordyceps, among many others.

Then there are some even more amazing herbs that have earned almost legendary status since they seem to help with every possible aspect of health. These include wonder herbs like gynostemma, schisandra, and the miraculous ginseng.

But even with herbs like these, there seems to be one area that these herbs and botanicals “specialize” or focus in—and when it comes to stress, anxiety, and depression, an adaptogen like ashwagandha is no slouch.

MEET ASHWAGANDHA: AN HERB OF ALL TRADES

While it’s an amazing herb for immunity, ashwagandha has also been proven by both science and long-standing traditional use to be a wonderful healer for so many other wellness issues.

In fact, it has garnered such a positive reputation in health circles all over the globe—both past and present—that one of its nicknames, Indian ginseng, compares it to real ginseng without exaggerating its world-renowned adaptogenic powers at all, not even in the least.

But there is something even more special about ashwagandha: this ancient Asian herb exerts a very special influence on the nervous system, stress, and moods as its central specialty.

That’s not to say there aren’t other great herbs out there for the exact same things—there are many herbal options for stress and anxiety. But ashwagandha may truly be the greatest herb of all for anxiety, stress, and depression. Though why might that be?

Studies show that it’s because the plant doesn’t just remedy the nervous system alone. As an adaptogen tonic herb, it can also help protect the body against other factors that feed into or might even cause stress, depression, and anxiety over time.

That’s right: ashwagandha is the ultimate holistic herbal solution to matters of mood and the mind.

And it’s easy to see why, with all the research and historical evidence-based uses backing its amazing feats for wellness. Let’s take a look.

Lots of herbs are great for stress. But there may not be a better herb than ashwagandha out there to handle stress at all its levels: including stress on the nervous system, the cardiovascular system, and even on our DNA at a microscopic level.

In a 2012 study, for example, ashwagandha had startling effects on stress levels among some 64 participants. Some of these participants took a placebo, while others took ashwagandha for their stress. 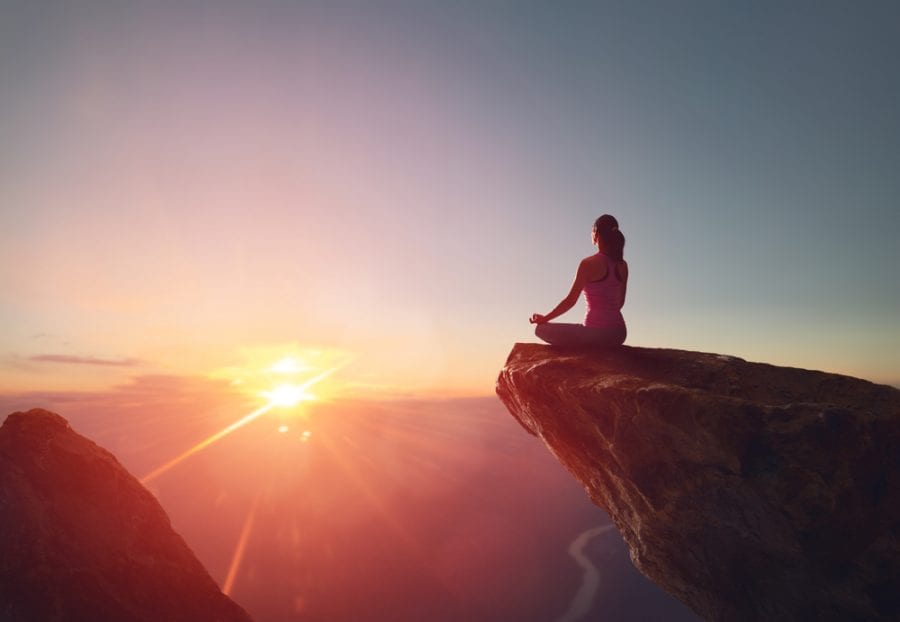 Among those who took ashwagandha, their stress relief experience was far superior to the placebo. The study found that this Indian herb lowered cortisol levels in the body—cortisol being a hormone known to increase in production in those who experience stress.

Too much cortisol not only makes people feel unsettled, but it can also shut down digestion, suppress immunity, cause fatigue, and even lead to stress burnout (which is often referred to as endocrine dysfunction or adrenal fatigue).

What more, ashwagandha may be the perfect herbal remedy to contend with one of the top symptoms related to stress: anxiety.

One 2010 review of the herb compiled several studies of ashwagandha that demonstrate how it alleviated anxiety. This included the plant’s tests on rodents, each of which successfully helped reduce the effects of stress, and especially by dampening the effects of anxiety.

One Texas study in the review was of particular interest: it found that extracts of the root may, in fact, work much like GABA (gamma-amino-butyric acid), a natural neurotransmitter found in the brain that inhibits the over-firing of neurons leading to anxiety.

And while in all these studies—including a 2014 trial—ashwagandha helped treat stress at the anxiety level, it also helped with many other aspects of stress beyond anxiety: such as restoring immunity, blood pressure, reproductive function, and even digestive health to a great extent, too.

As science has proven to us over time, stress has far more detrimental effects on our bodies and lives beyond making us feel anxious. At the microscopic level, in fact, stress can deteriorate our DNA and cause inflammation via free radical damage.

And apparently, ashwagandha has a way of safeguarding health against this overlooked level of stress, too: because it’s a powerful antioxidant that reduces the chances of free radical damage.

A 2012 research article tested the use of the root extract on human subjects. It found that not only did it boost the immune system in those with suppressed immunity (such as in those experiencing stress), but that it could also protect the body against autoimmunity and inflammation as an antioxidant.

All too often, stress is the major trigger in people’s lives for other health problems, including autoimmunity and inflammation. With the help of ashwagandha, this is an aspect of stress that may also be supported and healed, too.

What about the effects of stress that happen in the bedroom? These can be one of the biggest sources of frustration, among both men and women.

Ashwagandha may bring relief to that level of stress, too. In a 2011 study on men with stress-related infertility, ashwagandha notably increased sperm quality, which immediately boosted their partners’ abilities to conceive.

What more, a 2011 review of ashwagandha’s positive research results mentioned that the plant helped with performance and endurance as well, especially in men as they age.

And there’s great news on this front for women out there, too. A 2015 pilot study on women found that ashwagandha extract enhanced female pleasure and energy. With ashwagandha, there are perks in it for everyone!

Many of us know all too well how stress messes with our digestion. Knots in the stomach, indigestion, irregularity—these are all common problems connected to anxiety and overwhelm.

The ancient Ayurvedic root of old may also be of benefit in the digestive department. Gastric ulcers, a common disturbance that happens as the result of extreme stress and trauma, may be soothed by ashwagandha, according to two major reviews of the herb.

And while more human studies will probably be needed to fully prove this, a 2011 test on broiler chickens found that ashwagandha boosted levels of natural digestive enzymes in these subjects.

So if stress impacts the gastrointestinal system also, this root tonic may have some much needed relief in store.

A study in 2012 showed that ashwagandha root powder (when taken with a fat to be more fat-soluble) could considerably lower blood pressure in human test subjects, especially if it is stress related.

For those worried about the old ticker and heart disease relative to the stress they experience, turning to ashwagandha as an ally could be another protector against cardiovascular issues, alongside the plant’s amazing capabilities as an antioxidant.

WHAT ABOUT ASHWAGANDHA AND DEPRESSION?

Stress and anxiety, with its varied impacts on health, is one matter. For those suffering from depression, however, the symptoms and effects on health are a whole different beast altogether.

Yet both the traditional and scientific literature thus far points to strong potential in ashwagandha: more specifically, that its anti-stress benefits may be of great use in those who are experiencing depression as well.

In the same study testing ashwagandha’s stress relief qualities in comparison to a placebo, researchers point out that stress itself can be one of the leading precursors to depression, along with cardiovascular disease and other illnesses. In that same 2012 study as well, test subjects with a history of depression also reported improvement in their symptoms.

Thus, if ashwagandha can be used to relieve stress, it may be able to relieve and even reduce the chances of depression over the long-term.

Taking it a step further, ashwagandha may give hope to those with especially stubborn depressions that are wrapped up in bipolar disorder, or even thyroid issues.

In a 2014 study on bipolar test subjects, ashwagandha not only improved cognitive function in those who took the extract (when compared to a placebo), but it also helped regulate thyroid hormones to normal levels. This could make the herb an especially helpful agent for people who have thyroid problems that feed into their depression, although more studies are clearly needed.

Research in 2012 isn’t the only testament to ashwagandha’s powers against depression. 2010’s major review of the Asian herb mentioned successful studies that compared its effects to those of some major pharmaceutical anti-depressants.

Best of all: ashwagandha either matched the effects of mainstream pill-form anti-depressants or outperformed them!

While this provides a bright ray of hope for ashwagandha, more studies are still needed, especially since these results were only found in rodent subjects—not human ones. Further, more exploration is needed for its effects on varying levels of clinical depression, as it may not be a one-size-fits-all solution for everyone.

Clearly, ashwagandha is a king among healing herbs when one needs help with stress, anxiety, and even the risk of mild depression in one’s daily routine.

In one single root, one can find help for the actual nervous symptoms of anxiety and depression. But there are also benefits for the digestive system, blood pressure, immunity, and even reproductive health, which are also affected by stress.