Some diseases have names we hear quite often. But do we really understand what they are, how they work, and what causes them?

A common condition in this category is multiple sclerosis. 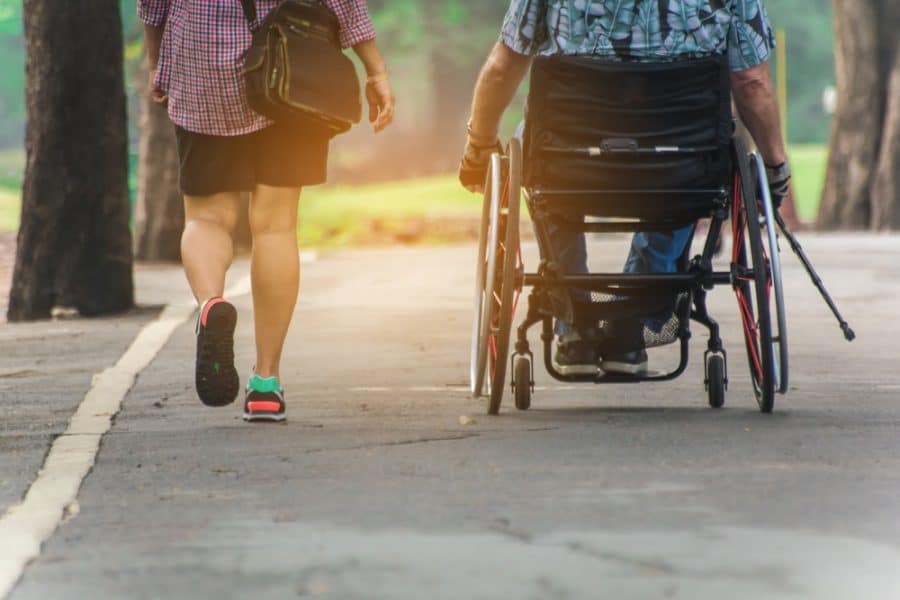 We hear about it a lot and may even meet people who have it. But since it’s a condition that’s probably difficult to grasp in casual conversation, it thus demands lots more illumination, understanding, and exploration.

For that matter too, modern medicine has not established a cure for MS.

Combined with peoples’ common misconceptions and misunderstandings about the disease, this can make having it even more frustrating.

WHAT IS MULTIPLE SCLEROSIS (MS)?

Multiple sclerosis (called MS for short) is an autoimmune condition.

It’s similar to fibromyalgia, but involves damage to nerves and lesions in the nervous system that can be detected and diagnosed.

This occurs—caused by factors like genetics, diet, stress, or trauma—when the immune system attacks itself. Rather than attacking other tissues (like synovial fluid in the case of rheumatoid arthritis), it attacks nerves and neurons, and damages them—sometimes permanently.

This creates an array of symptoms, ranging from mild ones with remissions to more serious and life-changing symptoms.

What makes MS even more misunderstood and complex is the symptoms it manifests.

Multiple sclerosis symptoms can be physical but also mental and emotional.

Each are due to damaged nerves, which inflict mood changes, spasms, pain, and more.

Mild symptoms may include:

Symptoms of MS can certainly interrupt and impair quality of life.

In its early stages, it may manifest as “flare-ups” followed by periods of remission. In fact, if people with MS take care of it properly, they can minimize flare-ups and lead relatively normal lives.

If MS is not looked after, however, the story has a different ending.

In some, MS escalates to greater severity. This means worse manifestations of symptoms, permanent dysfunction, or paralysis.

Though we think of disease as affecting someone, in particular, the truth is that MS also impacts those experiencing the condition secondhand, too.

HOW MULTIPLE SCLEROSIS AFFECTS ALL ASPECTS OF LIFE

Relationships of all kinds—friendships, family, romantic—have their own set of challenges.

Having MS can add a whole other layer of challenges.

For people with MS, choosing who to keep close and rely on to experience the condition with can be important. Lean on people who are supportive during flare-ups and treat the condition as if it is their own, too.

IS THERE A CURE FOR MULTIPLE SCLEROSIS?

Multiple sclerosis is a lifelong condition. It never completely goes away, and there is no cure.

Unlike some autoimmune conditions, MS can be well detected with the help of MRI’s, exams, and blood tests. Therapy for supporting and reducing pain, flare-ups, and recovery from flare-ups includes corticosteroids, pharmaceuticals, and a handful of invasive procedures.

People must realize, however, that some the most well-developed conventional approaches to supporting MS—while proven effective—come with side-effects and health risks.

Some of these risks include infertility, reduced immunity, blood pressure issues, and more.

FIND HOPE AND RELIEF IN NATURAL MUSHROOMS AND HERBS

People with MS may feel cornered or restricted to relying only on what modern medicine provides them.

But that is in fact not true.

Those with MS should always follow the advice of their doctors. But they can also ask about natural alternatives in addition to what physicians recommend.

Plus, studies show lots of therapeutic potential in natural methods of support, particularly herbal remedies and medicinal mushrooms. They have also been used to support illnesses like MS for hundreds of years.

Of all these, the following have shown the most potential scientifically and in evidence-based use.

An herbal remedy among shepherds and goatherds of Asia has today fully transformed into a powerful supplement with far-reaching benefits.

Long ago, those who took the herb epimedium noticed that it restored and rejuvenated boundless energy.

Turns out this is a side-effect of epimedium boosting the nervous system. Thousands of years later, scientists examined these effects to find amazing discoveries and great possible benefits for MS.

One study found it helped block autoimmune inflammation of the nerves, thus making it directly therapeutic for MS. Another showed it improved function and regeneration of damaged nerves, which also has great MS potential.

Of all herbal and mushroom remedies that could possibly help multiple sclerosis, lion’s mane may reign as king.

Loads of studies have been done on the mushroom’s neuroprotective and neuro-regenerative benefits.

It’s also proven itself to have the greatest potential for helping neurological disorders. But it doesn’t end there when it comes to MS.

One study showed the mushroom could help heal damaged nerves, which often occurs in MS. Another study demonstrated stimulated nerve growth when the extract was taken.

Both of these impacts could be incredibly helpful for reducing multiple sclerosis symptoms, speeding recovery, and even forestalling the chance of experiencing MS attacks.

The Ayurvedic herb also known as velvet bean, mucuna pruriens (its scientific name) has unique characteristics found in no other plant.

These exact characteristics have won it a high place in the world of herbal healing.

While the plant may not directly help MS like lion’s mane mushroom or epimedium, it is shown to help some of the other nerve-related issues it can cause.

For example, one study shows that mucuna can provide some therapeutic support for alleviating depression, which MS can cause. More severe cases of MS can even cause epilepsy, which the plant has also shown benefits for in a study.

It may be easier to discuss what reishi mushroom can’t do rather than what it can.

According to research, there is lots that this healing fungus is capable of— and MS is not to be excluded.

For one, research shows reishi can be directly therapeutic for autoimmunity due to its antioxidant and anti-inflammatory capabilities. These effects can be a nutritive boon especially for an autoimmune disease like MS.

Another study shows it also has neuroprotective potential against nervous system damage. What’s more, reishi mushroom has also been shown to help with depression and anxiety, both of which can very likely be caused by multiple sclerosis as well.

This dainty yellow flower has quite the reputation in the natural health world for being a healer of nervous issues, most notably depression.

These nervous system benefits may translate very smoothly over to benefits for multiple sclerosis, studies have found.

One study shows St. John’s wort can help reduce the oxidative damage of the nerves, which in turn may help alleviate MS symptoms and attacks over the long-term.

What’s more, the herb may have benefits for autoimmunity, another study reveals. Throw in its well-established support of depression, and this makes for a surprisingly well-rounded supplement and completely natural supporter for MS.

Some may wonder what makes vegetables so healthy. Learning about sulforaphane, they don’t need to wonder for too long.

This bountifully healthy compound is found in brassica vegetables like kale, cabbage, and radishes.

Better yet, it brings a plethora of health benefits to the table (literally). When it comes to multiple sclerosis too, it’s no slouch.

One study shows that the vegetable compound has neuroprotective effects powerful enough to heal nerves in the spinal cord, even following injury and damage.

Another study in 2013 even mentioned multiple sclerosis specifically as one of many neurodegenerative diseases sulforaphane could support as a neuroprotector, neuro-regenerator, and more.

The classic Eastern spice of curries, Asian cuisines, and Ayurvedic healing has many uses. It’s been studied for fighting inflammation, depression, and much more.

Its active compound, curcumin, is the famous ingredient that makes it so effective.

And there are studies aplenty on the notorious curcumin, including how it could help MS. A review in 2011, in fact, focused entirely on its outlook and potential for supporting the autoimmune condition, particularly owing to its abilities that protect the nervous system and fight off inflammation.

According to Dr. Terry Wahls, a leading expert on MS who healed her multiple sclerosis completely naturally, there are other approaches one can take beyond mushrooms and herbs.

In her words, diet is a huge key. The following diet approaches line up well with her recommendations:

Among the herbs and mushrooms discussed in this article, we’ve chosen only the very best and brightest for inclusion as ingredients in our Neuro Regen formula.

Crafted from only the most naturally-grown, sustainably harvested, and purest-extracted and sourced ingredients, our herbal lineup is shown by science to help support many neurological conditions, including (but not limited to) multiple sclerosis.

It may also improve mild symptoms connected to these conditions, including inflammation, brain fog, memory, fatigue, and more.

Check out our ingredients below: 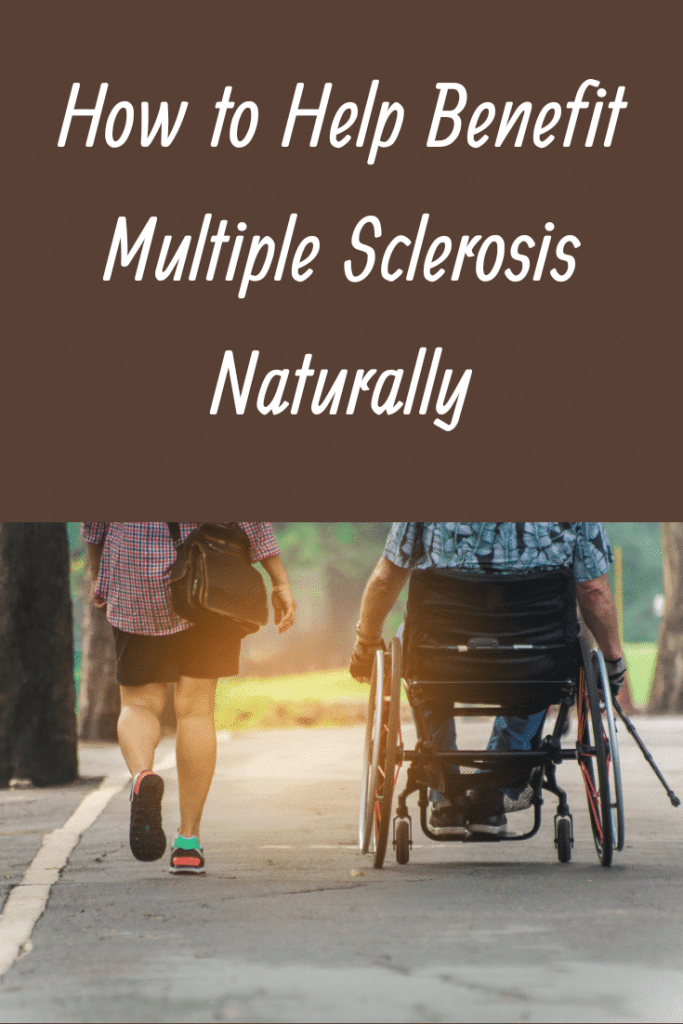 Open
Waking up to a beautiful sunrise resetting the bod