Gluten: How it Affects Health, the Gut, and Autoimmunity | PrimalHerb.com

Gluten: How it Affects Health, the Gut, and Autoimmunity

There have been many diet crazes over the years, and it seems like most of them just come and go.

Vegan, paleo, Mayo clinic diet, Atkins diet….the list goes on and on. While some of these diets have managed to stick around and have a place in some parts of the population, others have slipped away, either being disproven or just not as popular as others.

The gluten-free, or low-gluten, diet is one recent “fad” diet.

Menus all over the country—even the globe— have adopted gluten-free options. But turns out, science and research show that gluten-free diets are a whole lot more than just a fad. 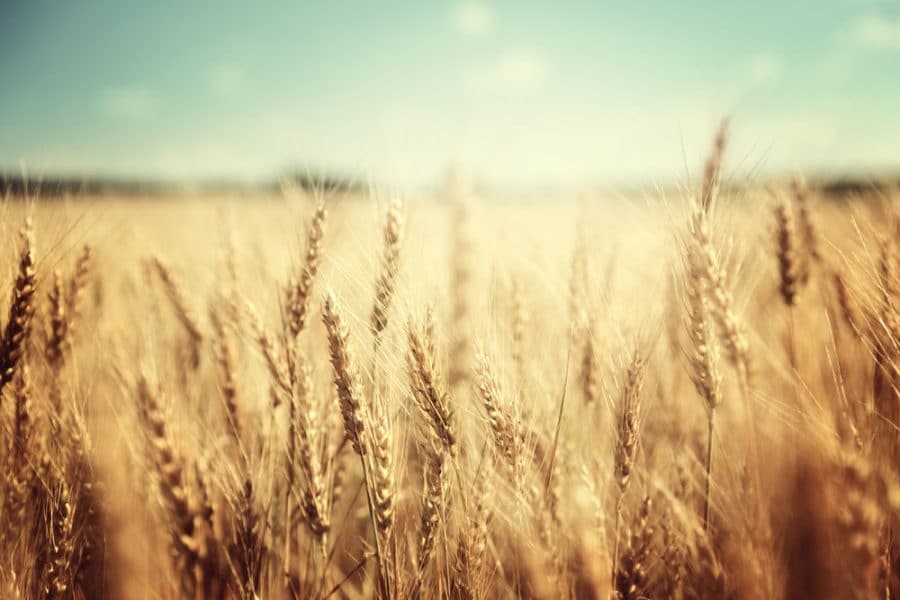 People unfamiliar with the gluten-free diet may ask: what is gluten?

Gluten is a plant-based protein.

Luckily, it is not found in all plants. Only a select few contain it, which includes most of our most common cereal grains, at least here in the West. Wheat, bulgur, rye, triticale, and to a lesser extent, oats all produce some of this plant protein.

The thing is, these grains are a very common ingredient in our foods. Think of baked goods, processed foods, and bread (check out our recipe for gluten-free bread). What this means: any food, product, or beverage containing any of these ingredients contain the gluten protein, too.

For this reason, those unacquainted with gluten may have a tricky time determining what is gluten-free and what isn’t—or even realizing how present it is everywhere.

WHAT’S SO BAD ABOUT GLUTEN?

What’s all the hubbub? Those of us who love bread, cereals, cakes, pies, and much more may have a hard time really believing that gluten could be all that bad.

But that’s really what’s so sneaky about gluten.

Beyond the fact that lots of foods containing these grains are in fact simple carbohydrates, and are thus technically sugars and processed foods, the additional presence of gluten adds another level of potential unhealthiness.

Describing what gluten may do to some people’s bodies is not easily summarized in just one paragraph. But, to condense it all down, gluten has the potential to do one very damaging thing to health: it creates harmful levels of chronic inflammation, and is much more harmful compared to many of the food products out there, perhaps with the exception of sugar.

GLUTEN: IT’S NOT JUST ABOUT CELIAC

Foods that contain gluten, however, can be absolutely delicious (just like foods with sugar).

It’s hard to blame people for standing by their favorite gluten-filled foods, and who may also argue that gluten intolerance or sensitivity isn’t real— that they “feel just fine” eating it, or that they don’t have health problems.

It’s true that celiac is the only recognized gluten-caused health condition. It’s also reported to be the most damaging form of gluten sensitivity, intolerance, or allergy.

But while people may defend gluten to the end, the truth of the matter is that “sub-clinical,” or less severe yet still damaging, forms of gluten intolerance do exist—and a lot more people may have them or experience them than they realize.

According to Chris Kresser in his 2018 article, people everywhere could be experiencing negative impacts from gluten-rich foods. And the negative impacts aren’t all that easy to just write off.

Kresser says: “…if you eat gluten and you feel lousy but you don’t have digestive issues—and you have tested negative for [celiac disease] and been told it’s all in your head—you are not alone. In fact, undiagnosed cases of gluten intolerance are incredibly widespread.”

To put it simply: gluten causes chronic inflammation that, according to Kresser, “…[is] not autoimmune or allergic in nature and that resolve[s] when gluten is eliminated from the diet.”

More importantly, this inflammation can create a number of symptoms in just about anyone and can happen in anyone. These symptoms can include:

More notably, studies are showing gluten could even be a contributing factor for certain neurological disorders and conditions. These include ADHD, autism, schizophrenia, and others.

Gluten makes one first major stop in its journey to affecting the body, and that first stop is the gut. This makes quite a bit of sense as it is the very first site where it comes into contact with the body and is absorbed.

The way it affects gut health can be complex and far-reaching.

For one, gluten’s contact with digestive organs can cause gut inflammation. Worse, it can also impact gut microbes, throwing them out of balance while also encouraging more harmful microbes—such as pathogenic bacteria—to thrive in their place.

These effects (and more) were established in a 2015 study on what is called “Non-Celiac Gluten Sensitivity” or NCGS for short.

But beyond gut health, gluten can be absorbed into the body and screw up a whole lot more than just the digestive system.

Research in fact shows that gluten can contribute to autoimmunity.

After all, a condition like celiac is, in fact, an autoimmune disease. These diseases are formed when the body, after dealing with too much chronic inflammation, begins to mistakenly target healthy tissues and add to the inflammation out of confusion.

So even if someone consumes gluten but doesn’t experience celiac, that doesn’t necessarily mean that gluten isn’t part of the problem. Conditions like rheumatoid arthritis, multiple sclerosis, and even certain thyroid issues are autoimmune conditions that gluten could play a role in developing or worsening, too.

SYMPTOMS OF GLUTEN INTOLERANCE OR SENSITIVITY

So how does one know that they may be struggling with intolerance or sensitivity?

Though there is a common list of possible symptoms or signs, everyone is different. Some may experience gluten sensitivity in different ways compared to the next person. Some people may not experience it at all!

Think of gluten sensitivity, or intolerance, like eating too much sugar.

Some people experience it quite dramatically, while others may not even notice. But, more likely than not, the inflammatory and damaging effects are there whether it’s noticeable or not.

The following are possible gluten intolerance signs, though they’re not a guarantee if a person has one or some of them. Talk to a doctor about the issue:

HOW TO AVOID OR REDUCE EFFECTS OF GLUTEN

The first step to this is quite straightforward: eat less gluten-rich foods!

But this is easier said than done.

Start out by acquainting oneself with all foods and ingredients that contain gluten, find them on ingredient labels, and do as much research as possible.

But, besides skimping out on gluten, here are a few other things that can enhance cutting down on the plant protein, and which could also mitigate damage or inflammation caused by it:

DETOXIFYING HERBS & MUSHROOMS THAT MAY HELP

What more can be done besides diet and lifestyle tips? The icing on the wellness cake may just be herbs and mushrooms, which can help the above methods to go just a little bit farther.

Herbs and mushrooms focused on cleansing especially may be best.

Most notably, these are botanicals with actions, antioxidants, and other compounds that support the liver (and potentially support the kidneys) in order to re-start, cleanse, and support natural detoxification following gluten exposure.

Whether it’s cutting down on gluten or eliminating it for good once and for all, dandelion root may just be able to help.

One study has shown that it can help protect the liver from alcohol, which demonstrates how it may also help shield the body from gluten’s effects, too. In another study, dandelion had powerful effects to mobilize the gut on test subjects, which could also benefit those struggling with gluten intolerance.

Licorice root may be better known as a colds and flu remedy, but it shouldn’t be overlooked in other regards.

When it comes to helping with gluten sensitivity, licorice has similar liver-protecting effects as dandelion in some ways, according to this study. More research also showed that licorice could help with indigestion, leaky gut, and stomach upset, which may occur with gluten intolerance.

No herb is better researched and more widely known for how it protects the liver than milk thistle.

There are heaps of research (including this study) showing it can protect the liver and thus aid detoxification and cleansing, which can be powerful for going gluten-free. Another study also showed that it boosted intestinal health, especially gut microflora, in animal test subjects. More studies on humans are needed to explore this further.

A lesser-known mushroom to folks of the Western world, poria mushroom’s benefits are nevertheless highly familiar to those who practice Ayurveda or Traditional Chinese Medicine.

When put to the test, some studies on preparations including this mushroom (with a focus on liver healing) did indeed show that it was so protective of the liver that it could even reduce damage from an injury. Healing the liver and thus supporting natural detoxification can be a huge step to helping the body better recover from gluten sensitivity and consumption.

Protecting the liver, and thus supporting the body cleansing itself following gluten intolerance, is surely in its abilities, according to this study. But reishi may also pack a potent punch for helping heal the gut, other studies show.

Like these other botanicals preceding it, turkey tail has some great credibility for protecting the liver and boosting liver health. Studies like this one demonstrate this, meaning it could be helpful for those who are gluten sensitive and recovering.

Turkey tail mushroom also works like a prebiotic according to other studies. This means it may function much like dietary fiber, which helps cleanse the gut and colonize it with healthier gut bacteria—a huge help for the gluten intolerant.

FIND THESE BOTANICALS (AND MORE) IN OUR DETOX FORMULA

Seeking support and natural detoxification while going gluten-free? Our liver-focused formula, LVR-RENEW, may be able to help and includes all herbs and mushrooms mentioned above. 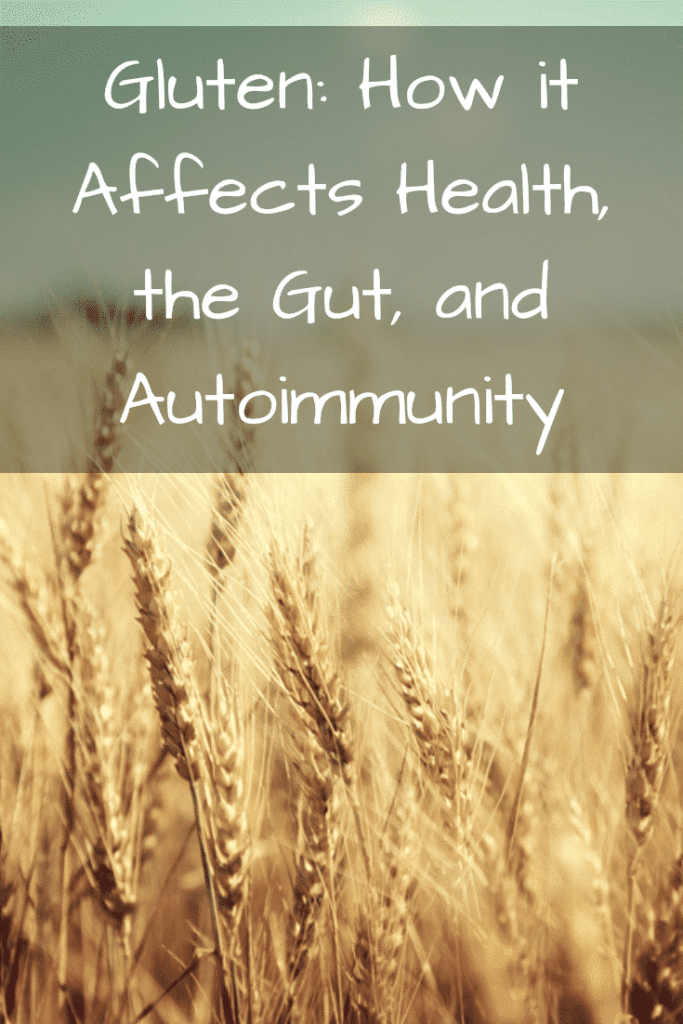 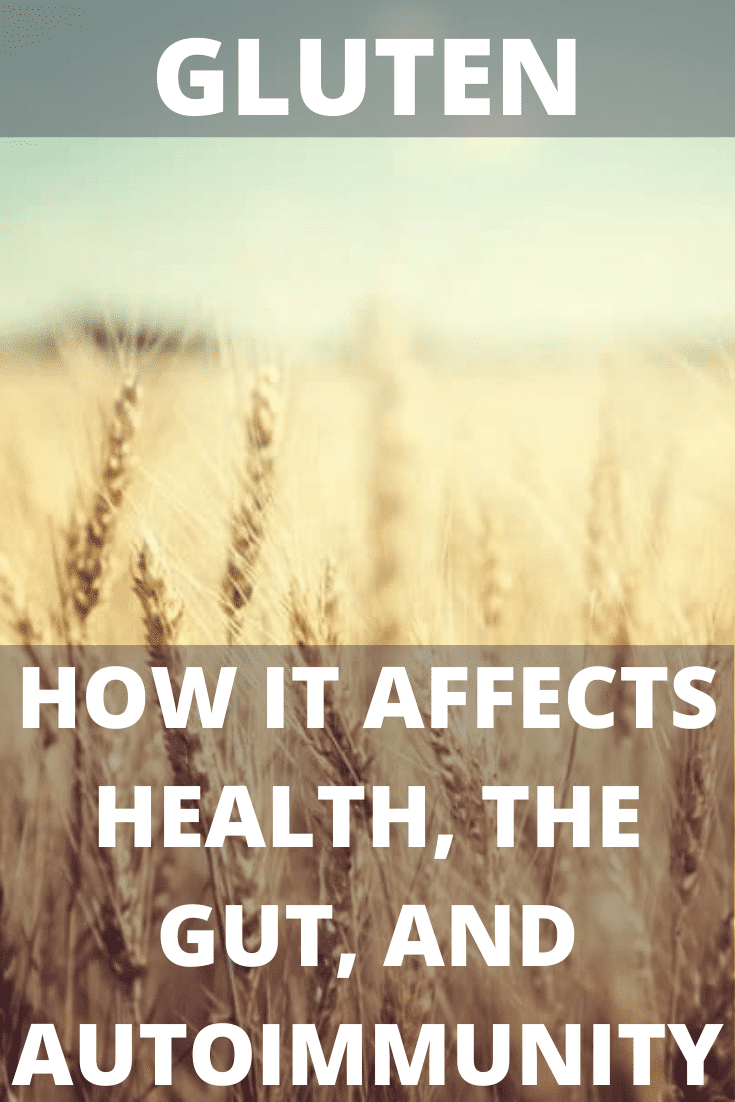