How to Remarkably Benefit the Diet with Liver & Oysters | PrimalHerb.com

How to Remarkably Benefit the Diet with Liver & Oysters

For years and years, the internet has buzzed with the word “superfoods.”

Superfoods are amazing victuals with strong ideas behind them: for one, they have the power to change lives; while on another level, they’re also thought to be “better” than most other foods.

But really, a lot of foods may fall in the superfood category. They might even be just basic, everyday foods that scientists and researchers have unearthed new discoveries about—discoveries specifically about how these foods can transform health in astounding ways.

Pomegranates, a popular superfood, for example, are rich in antioxidants. They protect against inflammation as well as free radical damage and promote healthy aging.

Grapes (and grape seed) are rich in quercetin which may reduce the chances of cancer. Ancient grains are rich in fiber to boost gut health, and tomatoes are rich in lycopene for heart health…so on and so forth. 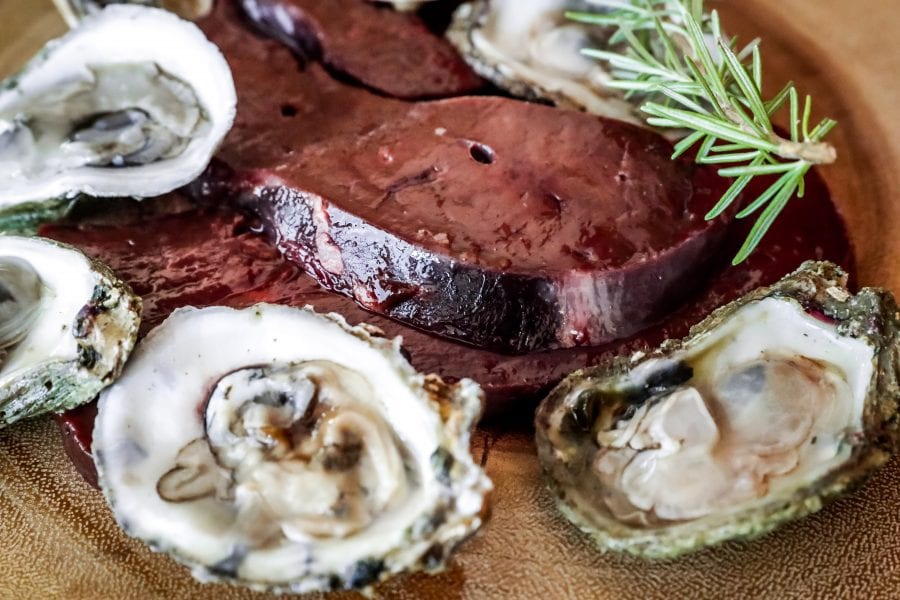 THE UNSUNG HEROES OF SUPERFOODS

Yes, superfoods are great. The ways they impact health are legion, helping protect, prevent, and support so many different bodily systems in different ways, depending on the superfood eaten.

But there’s a good chance that we’ve been thinking about superfoods in a much narrower sense than we should be—because many of us think superfoods can only be plant foods!

After all, some of the most popular trademark superfoods one would think of—avocadoes, coconuts, or kale for example—are indeed plants or plant-based foods.

Not to mention: we’ve been taught by nutritionists, dieticians, and leading health authorities alike for decades that plant-based foods—such as veggies, fruits, mushrooms, legumes, whole grains, nuts, and more— are much better for us if they make up the principal proportion of our diets.

And we can’t argue with that—according to the science, these experts are absolutely right.

But that’s not to say animal-based foods completely lack some of the nutrition, health benefits, and “super” status each of seeks in our diets.

THE PEARLS OF THE SEA: OYSTERS

While there have been many studies suggesting that a diet high in red meat may not be the best for health, seafood has nevertheless persisted as a relatively healthy animal-based option.

And when it comes down to it, almost all seafood does great things for the body:

And one of the healthiest seafood options: oysters!

These bivalve mollusks that dwell in the sea boast many reasons for being a top seafood compared to other seafood choices.

While they surely meet all the criteria above—being high in protein, vitamin D, healthy fats, and minerals—there’s more to this tasty shellfish than meets the eye, and that also makes it one of the very best for one’s diet.

Plus: no one can argue with oysters being an absolute culinary delicacy!

The first wonderful thing about oysters: they’re shockingly high in certain nutrients. Truth be told, they have quite a few plant-based foods beat in some categories.

According to NutritionData.com, a serving of oysters provides almost two times their daily recommended intake of supplemental vitamin D from foods.

This can be fantastic for health in a myriad of ways, especially in addition to getting one’s morning sun for a daily dose of vitamin D. And not only that: oysters will surprise further with the fact that they provide EIGHT TIMES the daily recommended amounts of vitamin B12, a vitamin that a plant-based diet just can’t provide for the body (though some culinary mushrooms do contain some).

Last but not least: oysters are hugely plentiful in zinc, providing over 15 times the body’s daily needs in one serving.

Zinc is a trace dietary mineral responsible for aspects of reproductive health, nervous system health, immunity, and the protection of DNA. In fact, the National Institute of Health states that oysters have more zinc than any other food in the world!

While its nutritional background may be quite surprising, there are some well-known reputations oysters have that have crossed the globe over the years.

One of these myths is that oysters could help “steam things up” in the bedroom, so to speak.

While this hasn’t been quite thoroughly studied enough to be considered fact, it is widely understood that oysters’ unbelievable zinc content has an impact on reproductive health—when one becomes deficient in zinc, it can cause infertility, especially in men.

Recently, however, a 2013 study on mice directly tested whether oysters could boost that so-called “joie de vivre” in the boudoir, and it did have mild effects.

If exploration of this oyster myth intrigues, chalk it up to the mollusk’s incredible zinc content, which no doubt has some positive traits for those experiencing reproductive dysfunction.

All seafood is known to hold some of the richest content of omega-3 fatty acids anyone can find for their own diet.

This includes both EPA’s and DHA’s, fatty acids that are simply not found in plant-based foods—but can be synthesized at a low rate from plants’ own unique omega-3 fatty acids: ALA’s.

This makes seafood a superior source of healthy fats—and especially fresh seafood, which has been deemed much better compared to omega-3 supplements since these fats can and do oxidize quickly when stored for a long time.

And oysters are no exception. A serving of fresh oysters provides about 1700 mg in one serving, making it a top source.

We need omega-3’s for many things: to ameliorate inflammation, promote excellent brain health, bolster gut health, reduce chances of heart disease, and so much more.

While seafood is indeed quite healthy, there is a danger that lurks beneath the waters: and that’s the fear of mercury in one’s food.

In recent years, it’s been discovered that a variety of commercial fish sold as seafood may contain trace amounts of this harmful element. Seafood like halibut, Chilean sea bass, and mackerel are especially suspect.

But here’s the wonderful news about oysters: they’re considered one of the lowest-risk seafood choices for mercury according to Consumer Reports. So keep on dining happily with this treasured shellfish for the health benefits—just as long as it’s enjoyed occasionally.

Here’s another thing about oysters that will bring those who enjoy it peace of mind: they may be one of the more sustainable kinds of seafood on the planet. Farmed oysters can not only be made easily and incredibly sustainable, but they can also create beneficial habitat (namely, reefs) for other wildlife nearby.

By making this bivalve a seafood of choice, it will also be supporting a source of seafood that is not only healthy for humanity but for the plant and nature itself, too. Just make sure that wherever the oysters are sourced from that it’s from a sustainable, environmentally responsible oyster farm that manages the bivalve’s population rather than depleting it.

LIVER: THE ULTIMATE IN ANIMAL-BASED NUTRITION

Sure, some may regard liver as that old-timey food to dread at family gatherings. But not for much longer.

As it turns out, liver has been enjoyed as a delicacy for centuries for some surprising health reasons. NutritionData.com shows that cooked beef liver can provide over 10 times one’s vitamin B12 needs in one serving, as well as providing tons of other important nutrition!

It can be quite a leap to get over the organ’s intense flavor, that much is for certain. But if it can be included—even in small amounts—into one’s daily diet, the health perks it brings to the table are nothing short of amazing.

And before worrying about where liver would come from in an ethical and sustainable sense—whether it’s beef, chicken, or duck liver—there’s a lot of good news on that front, too.

In fact, cooking up one serving of beef liver gives one about 4 times their daily needs of vitamin A. Vitamin A is needed for optimal skin, eye, and reproductive health.

To get the same from vegetables, a whole lot more would have to be eaten—though veggies like carrots, sweet potatoes, and butternut squash are also amazing sources.

This can be said in support for both liver AND oysters as healthy superfoods: people won’t find an amazing plant superfood that’s anywhere near as high in B12 as these and other animal-based superfoods.

In fact, vitamin B12 won’t be found in any plant foods at all. For those who pursue a vegan diet, getting vitamin B12 is possible, though challenging.

If animal products can be included or accepted in the diet, then certainly consider liver. It can be a great alternative to relying simply on typical cuts of meat from animals to get the amounts needed.

A lot less liver needs to be eaten to get the same amount of nutrition as meat, thus making it a more sustainable, ethical choice, in a way.

And this is especially the case with liver. A study in 2011 demonstrated that coenzyme Q10, an antioxidant found naturally in beef, was much more digestible in the liver compared to when the antioxidant was found in other cuts of meat in the same animal.

That’s right: liver, just as much as any plant superfood, can help soften the blow of free radical damage, inflammation, and the general degeneration and illness that happens with age.

One thing to realize about liver: it’s a byproduct of animal processing. Companies that sell beef, chicken, or other animals as meat aren’t after organ meat like liver as their choice product—they’re after steaks, chops, tenderloins, and the like.

When sourcing liver, realize that it’s actually putting an animal organ to great use where it may have been otherwise treated as a byproduct: tossed or thrown away as a part of mass processing.

Supporting a demand for liver is sustainable, in a way. This has an even greater impact if the liver is sourced from a small, local farm that raises and feeds its livestock in a sustainable, healthy manner.

Contrary to some belief, liver does not contain toxins. And trying to eat sustainable liver over conventional liver has less to do with fear of toxins, but more so with other health concerns.

Josh Axe, in his article on liver health benefits, addresses some concerns over the popular conception that the liver may be an “impure” part of the animal.

“Actually, toxins are not stored in your liver. However, when you buy liver, whether at your farmer’s market or in supplement form, it’s important that you get it from organic, pasture-raised animals — calves liver and chicken liver are the best.”

Chris Kresser, a famous functional medicine doctor, had the same to say about liver in this 2008 article.

“Remember that it is essential to eat meat and organ meats from animals that have been raised on fresh pasture without hormones, antibiotics or commercial feed,” Kresser says.

And apparently, it’s not so much about toxins—it’s about the nutritious viability of the liver itself.

Want to include animal products for nutritional benefits? People will find no foods more empowering to health from animals than oysters and liver.

What more, choosing these as health foods can be done in a low-impact, ethical, and sustainable way, if one is concerned about one’s impacts on the planet. 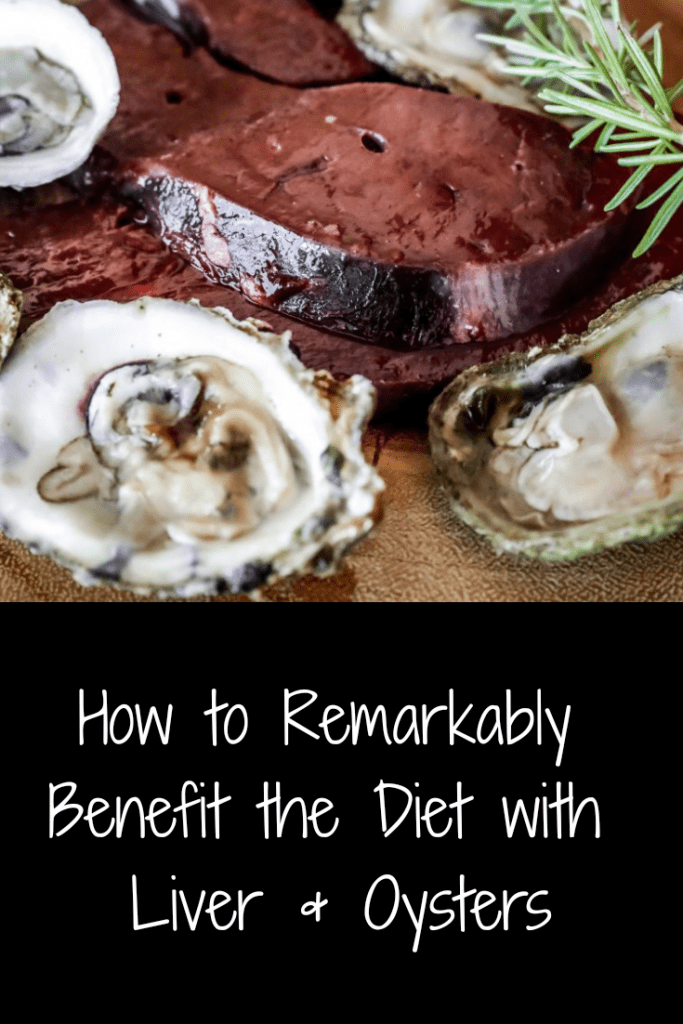 Josh Axe (2017). Is Liver Good for You? 3 Benefits of Eating Liver. DrAxe.com. Retrieved from https://draxe.com/is-liver-good-for-you/ 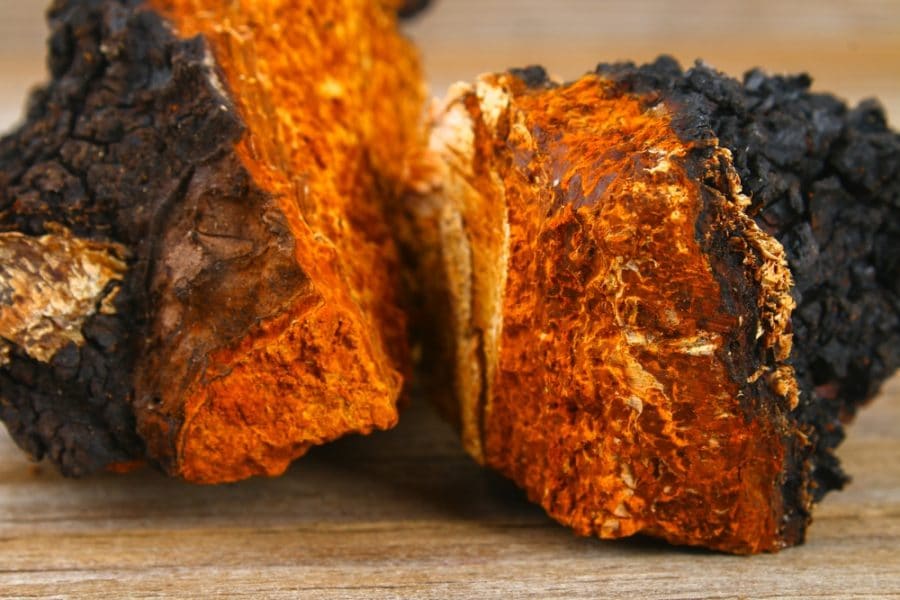 Modern technology, scientific research, and advancements in mainstream medical treatments today help us triumph over a wide range of diseases that once plagued us without end. Conditions that used to have no hope now have … 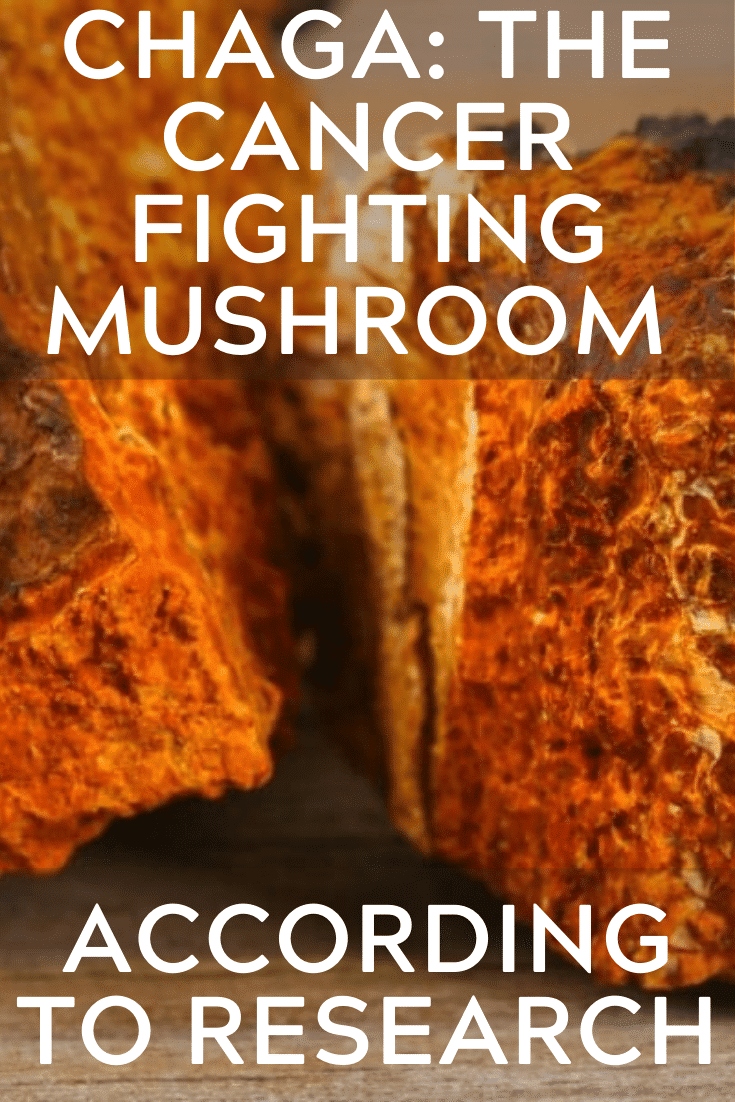 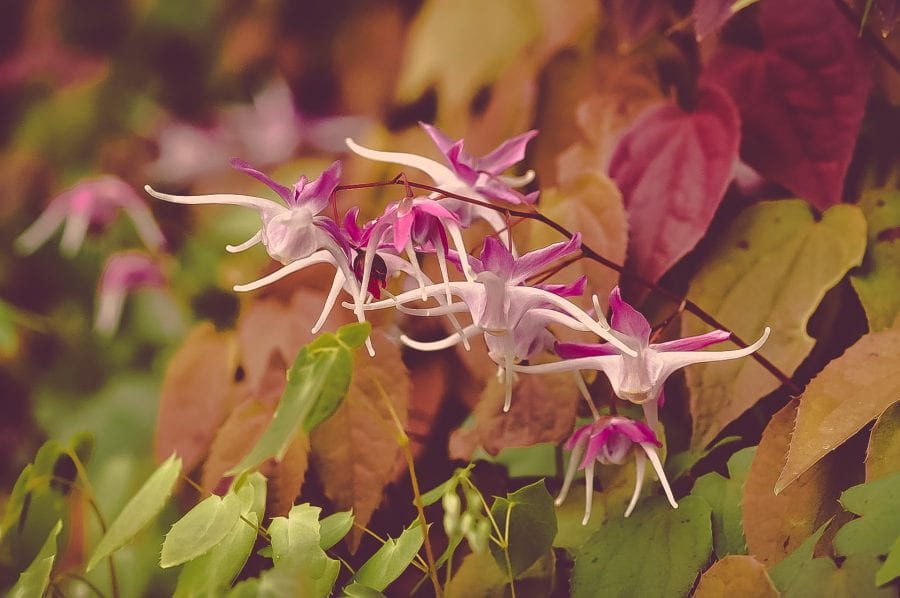 Epimedium contains well over 50 different species, 5 of which are considered potently medicinal. Epimedium has garnered high praise and rigorous study for its benefits to circulation, hormone balance, reproductive health, and as an overall … 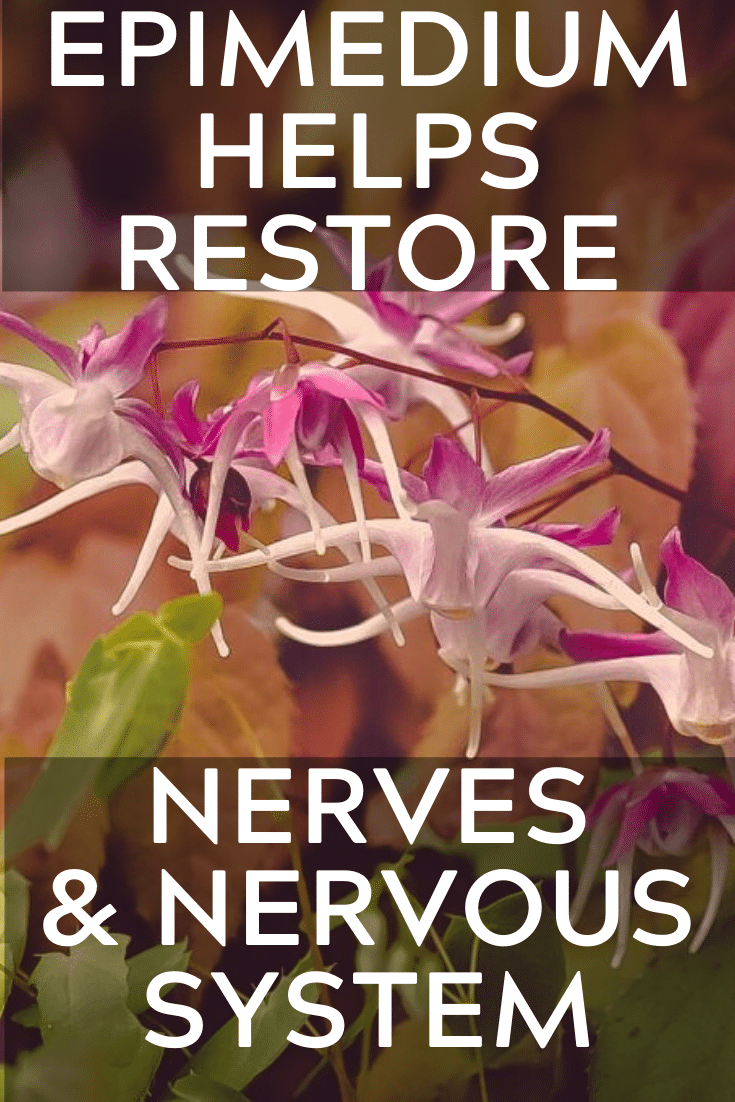 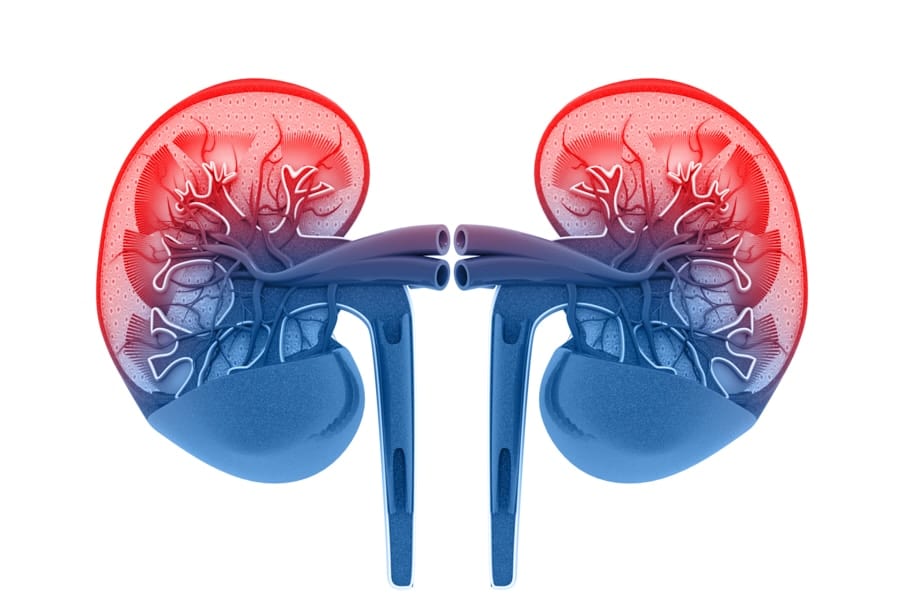 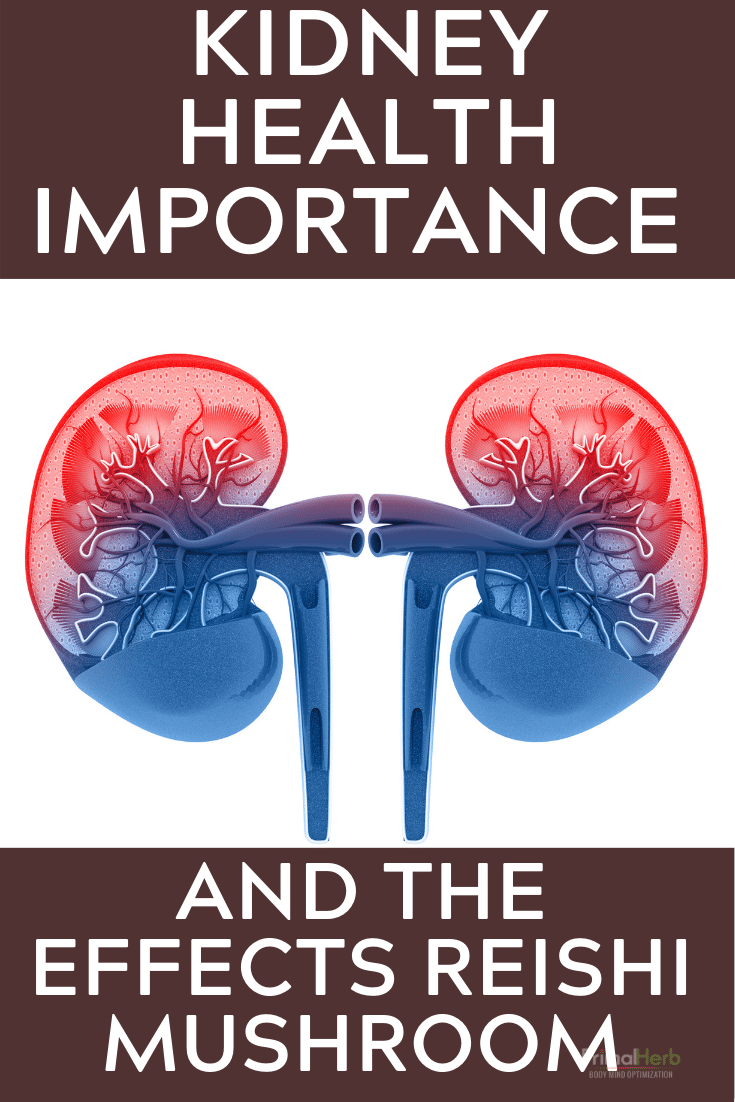