All of health is more connected than we realize.

Traditional cultures have known this for thousands of years, while holistic health practitioners maintain this as a staple to all of healing. More excitingly though, scientific research is beginning to catch up.

Science has confirmed groundbreaking connections between different health issues. For example, good sleep helps govern immune health, chronic inflammation can influence mental health, and so on and so forth.

But many don’t realize there is one aspect of health that acts as a gateway to all others.

This would be digestive health. This includes what we commonly call the “gut,” plus the stomach, intestines, and many other organs. 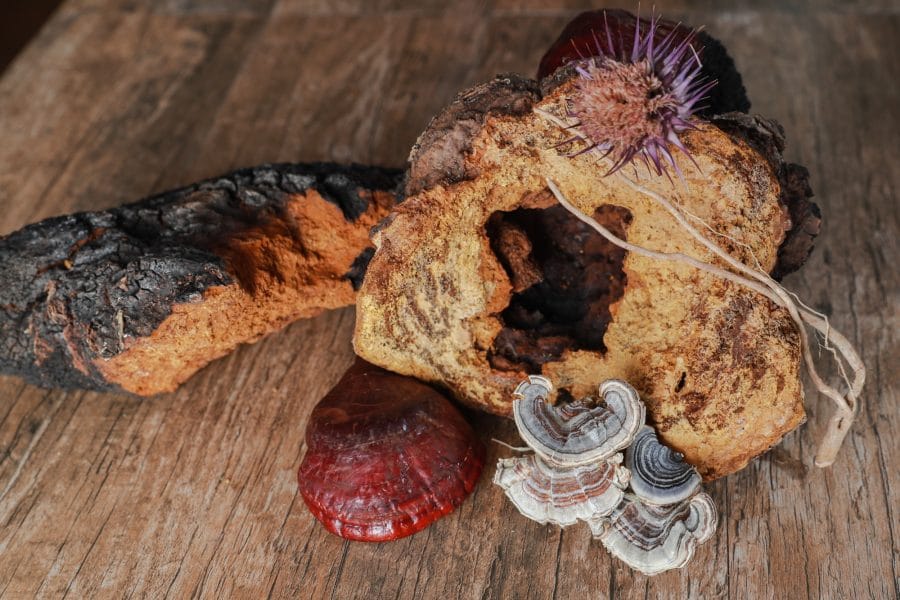 WHY RESTORE GUT AND DIGESTIVE HEALTH?

How is gut health considered the gateway to improving all other aspects of health?

Think about it: all health requires good nutrition to flourish.

No matter how many foods we eat that could be great for health (like nutrient-dense foods, vitamins, minerals, antioxidants, and more), an unhealthy digestive system renders them all useless. But by taking care of the gut, all other aspects of health will benefit as a result.

Gut health is not just about digestion. Nor is it just about overcoming common digestive discomforts, such as stomach aches, cramps, and inflammation.

All the above are still very important, too. But science also shows the gut has very strong connections to other aspects of health, and that they go several steps beyond just basic nutrition.

To do this naturally, turning to healing herbs and mushrooms can be a powerful tool.

Traditional healing practices have long used botanicals to treat digestive problems, diseases, and overall wellness. In this realm too, science is starting to catch up by studying the potential of many plants and fungi long used as digestive medicine.

Ashwagandha has long been a staple of Ayurvedic medicine, an ancient healing tradition from India.

The root of this herb has typically been used for boosting immunity, improving anxiety, and many other health problems. It has also been known to help the gut, which has today been suggested by science.

More specifically, ashwagandha may be a great ally for stress-induced gut problems.

One study has even shown the herb can help with stress-induced ulcers. Another study also showed ashwagandha had “muco-restorative” properties for test subjects suffering from inflammatory bowel disease (IBD).

No doubt, these effects are due to the herb’s anti-inflammatory actions and antioxidant content, which can help with immune inflammation, too.

This world-famous spice is not only a flavorful tabletop condiment. Black pepper, due to an active alkaloid compound called piperine, also offers some very unique gut health benefits.

The research showing evidence of all these benefits is much too vast to include it all here. But here are some of the highlights.

Digestive benefits from black pepper may include improved nutrient absorption, reduced risk of stomach problems (like diarrhea, parasites, and ulcers), improved overall digestive function, support of gut health and the microbiome, and much more.

Studies here, here, and here all contain high-quality evidence of these benefits from black pepper. When considering this seasoning in meals, remember that a pinch of it could go a long way for helping to promote gut health.

Many Asian cultures consider burdock root a commonplace culinary food. In the West, it’s better known as a prickly weed.

In ancient cultures both eastern and western, however, burdock was used as medicine.

It may help to increase immunity, help protect the liver, promote detoxification, and even could help clear up skin problems. But it is also great for the gut.

In a 2013 study, burdock was shown to help with many types of gastrointestinal problems as an anti-inflammatory. It even helped with symptoms of colitis, a very uncomfortable digestive disorder.

This science confirms burdock’s use as an ancient digestive remedy, and today, it could be a very helpful supplement for boosting gut health.

You can find both Ashwagandha and Burdock in our Optimal Immune formula.

A strange mushroom native to boreal forests, chaga was once just a heady but medicinal brew enjoyed as a tonic in cultures of the northern hemisphere.

As science has explored its benefits even further, research has turned up healing effects for the immune system, cancer-fighting, and liver protection. There’s a lot to say about its considerable abilities as a gut-booster, too.

In fact, chaga makes for an excellent digestive tonic.

A study in 2012 also tested its effects on subjects with colitis, an inflammatory digestive condition of the lower intestine. Extracts of chaga showed strong anti-inflammatory effects which were enough to help with symptoms and also reduce colitis damage.

Dandelion is so much more than a commonplace garden weed. Its greatest claim to fame is protecting the liver and reducing diabetes risk, though there is so much more to the yellow flower than meets the eye.

One such characteristic is its bitter healing abilities.

According to research, dandelion’s bitter flavor actually helps stimulate digestion by secreting more gastric juices. This not only helps improve uncomfortable digestion, but also reduces flatulence, improves nutrient absorption, and could be helpful for gut disorders.

Alongside other gut-healing herbs, this could make natural benefits for the digestive system more whole and complete. This is really quite amazing and unexpected for a humble yard weed.

Unlike the bitter root of dandelion, the root of licorice is surprisingly sweet. As opposed to sweet foods like sugar and processed foods, which hold many health dangers, it turns out that licorice root is a powerful healer.

Healers of old used the root principally for transient illnesses like colds and flu. In the natural health world today, however, licorice root is one of the most widely-used herbal treatments for certain digestive disorders.

Licorice shows the most promise for helping treat a digestive illness that is very difficult to find relief for, called leaky gut.

Studies show it helps the illness as a muco-restorative and anti-ulcer botanical. This can be powerful support not only for those with leaky gut but for any person looking to improve their digestive health.

The seed of a plant that, at an eye’s glance, could easily be mistaken for a roadside weed that in reality holds some amazing potential for digestive health.

In fact, research today already establishes milk thistle seed as a goldmine for possible liver medicines in the future.

While the liver is considered part of the digestive system, there’s a lot in it for other organs in the system as well. For example, in one study, a compound in the seed called silymarin was found to have anti-inflammatory effects on stomach inflammation.

Scientists concluded that this was likely due to the milk thistle compound’s antioxidant effects which helped protect tissues in the stomach.

Milk Thistle, Dandelion, and Licorice are some of the main ingredients in our LVR-RENEW.

Reishi is another huge healing botanical with an intense reputation in the natural health world. Traditional healers and scientists alike praise the fungus for cancer-fighting, immune-boosting, and inflammation-reducing benefits.

But reishi can also boost gut health, it would appear.

Its properties as an antioxidant and anti-inflammatory may obviously contribute some support for digestive problems and even digestive illnesses.

Yet studies also show that reishi may also have “prebiotic” qualities. This means it functions a little bit like dietary fiber or resistant starches, providing food and fuel for the healthy gut microbiota while alleviating any chronic inflammation there at the same time.

Combined with probiotics, reishi could be considered one of the ultimate digestive supplements and herbs.

Reishi mushroom (and chaga mushroom, for that matter) isn’t the only healing fungus shown to be wonderful for the gut. Turkey tail, a common woodland mushroom, also throws its own unique healing properties into the ring.

This makes the mushroom function a lot like fiber for the digestive system, providing food for colonies of beneficial bacteria in the gut. These in turn help improve digestive health, relieve pain, and reduce the risk of digestive illness.

Another study also showed that compounds in turkey tail, called polysaccharides, also helped to naturally enhance and support the health of the gut microflora.

Turkey tail adds another range of gut health benefits to the healing lineup that other herbs and mushrooms provide.

All together—or individually—each of these botanicals provide natural and holistic relief for better overall digestive wellness over the long-term. However, more studies are needed before fully proving these to be therapeutic, corrective, or medicinal for digestive disorders.

In the meantime, they could be beneficially explored as daily supplements.

OTHER TOP WAYS TO RESTORE GUT HEALTH AND DIGESTION

Getting digestive health back on track requires a concerted effort.

Here are some top ways to restore gut health in addition to herbs and mushrooms:

Our Chaga Shroom formula contains pure and sustainably-harvested chaga from birch trees in Siberia. It also contains betulin extracted directly from birch trees themselves, adding even more potency and effectiveness to the blend.

Our blends also include piperine extracted from black peppercorns, providing another pinch of digestive health benefits and nutrient absorption to the mix and to make effectiveness go even further.

This brings all the very best gut health benefits to the table, like only the purest extracts of chaga mushroom should. 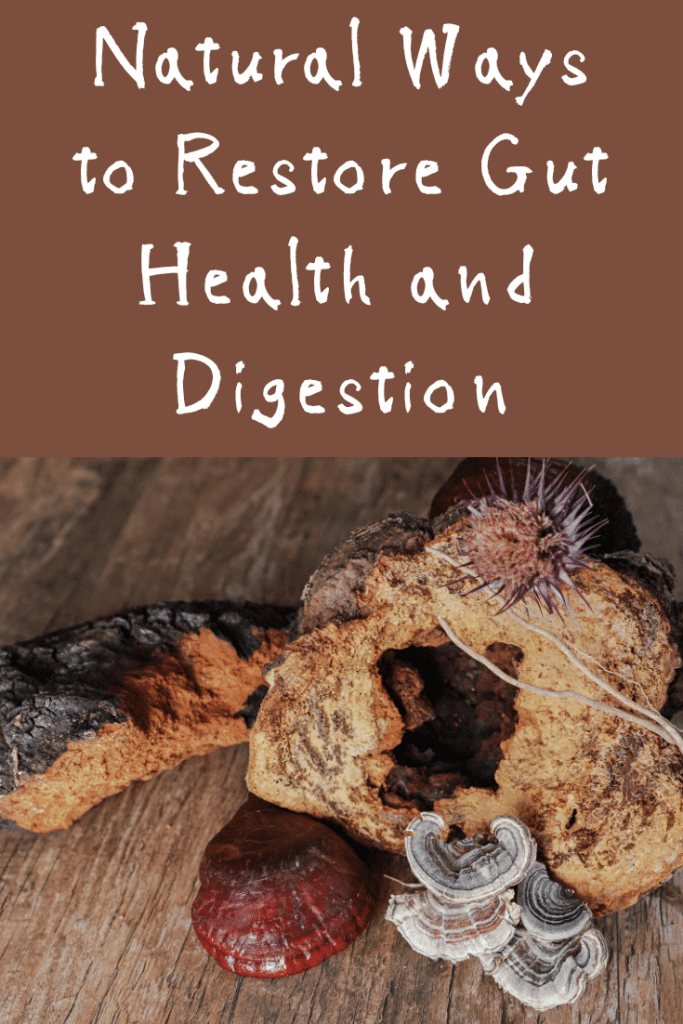 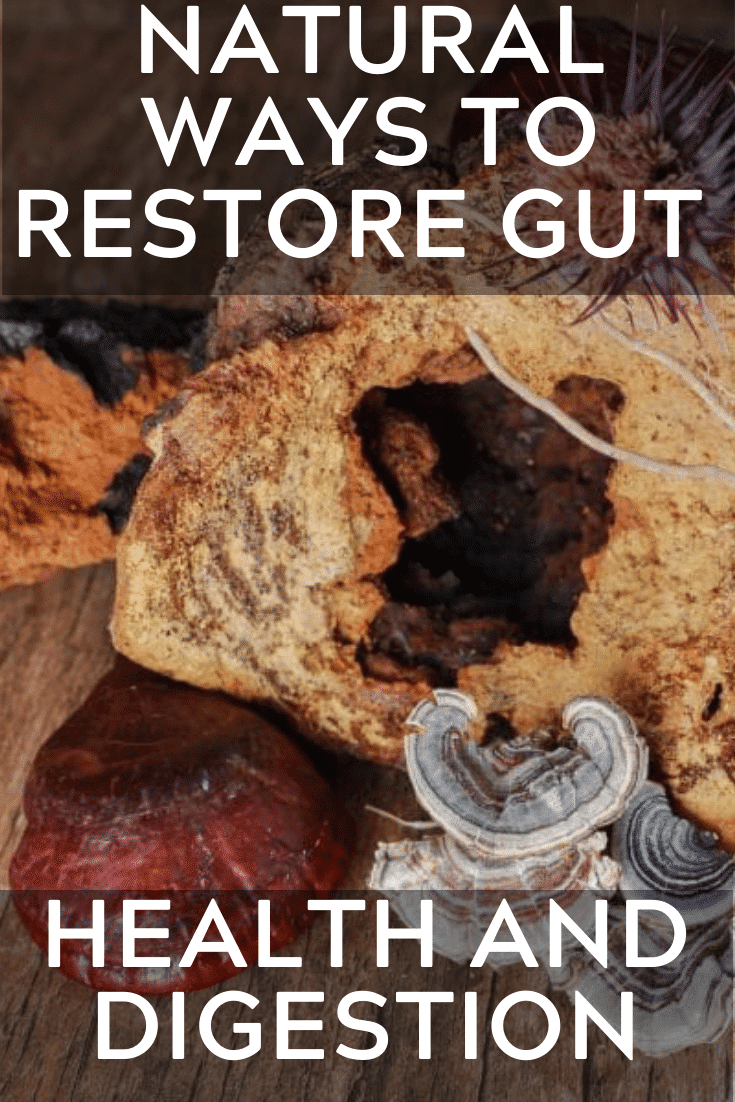 Improving Memory With the Help of Mother Nature

Powerful Reishi Mushroom to Rev Up Brain Power and Immunity

It’s not news anymore that mushrooms are a source of excitement for their powerful health benefits. From lion’s mane to cordyceps, all the way up to the venerable chaga, science has made some brilliant discoveries … 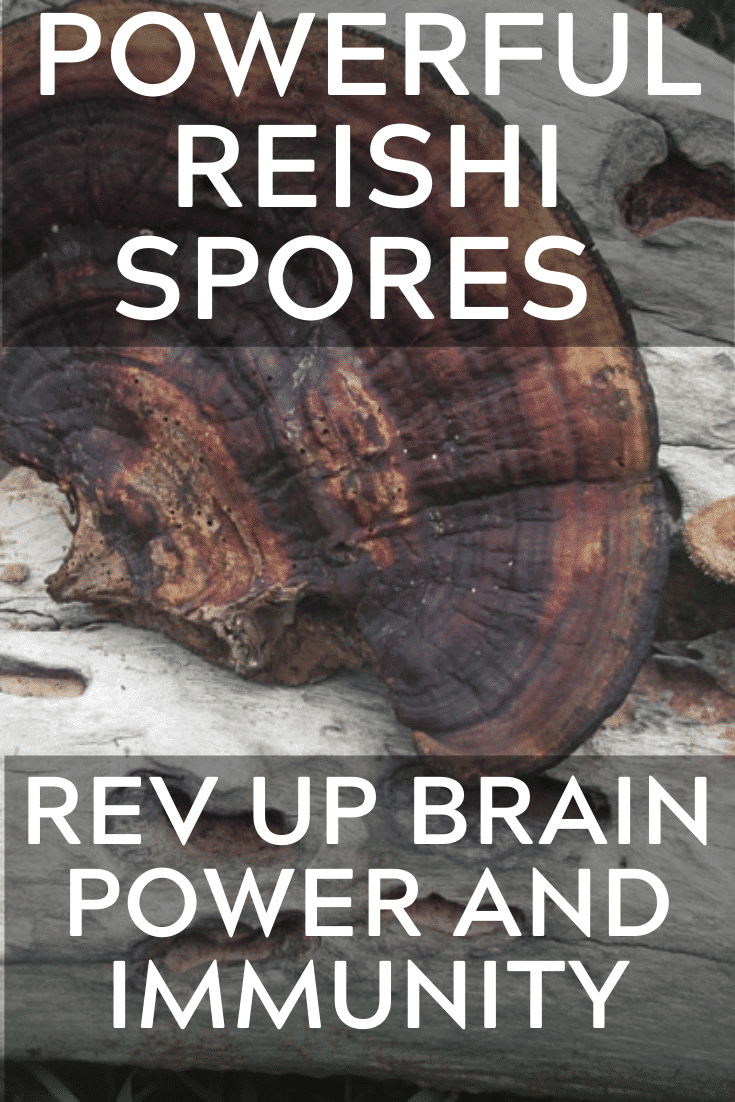 Mushrooms & Herbs That are Beneficial to Overcoming Neurological Disorders

While many diseases are easily seen and recognizable, there is an entire realm of illness and health that remains mostly unseen—and, sometimes, it’s not talked about nearly enough. This is the realm of neurological disorders. …