There are some illnesses we know we’re experiencing right away—like colds and flu. Most can be easily treated, or they come and go.

Then there are more serious conditions we might not notice.

They take hold without a sound, sometimes with easy-to-overlook symptoms, but gradually worsen—and cannot be remedied.

These include illnesses like autoimmune disorders (such as multiple sclerosis or rheumatoid arthritis), thyroid conditions, or fibromyalgia. They also include neurological conditions like Alzheimer’s, too.

But there is one disease that can be quieter and more debilitating than all the rest: Parkinson’s disease.

Much like Alzheimer’s, it cannot be remedied. Fortunately, it can be detected early and, in addition to medical treatments, supported naturally. 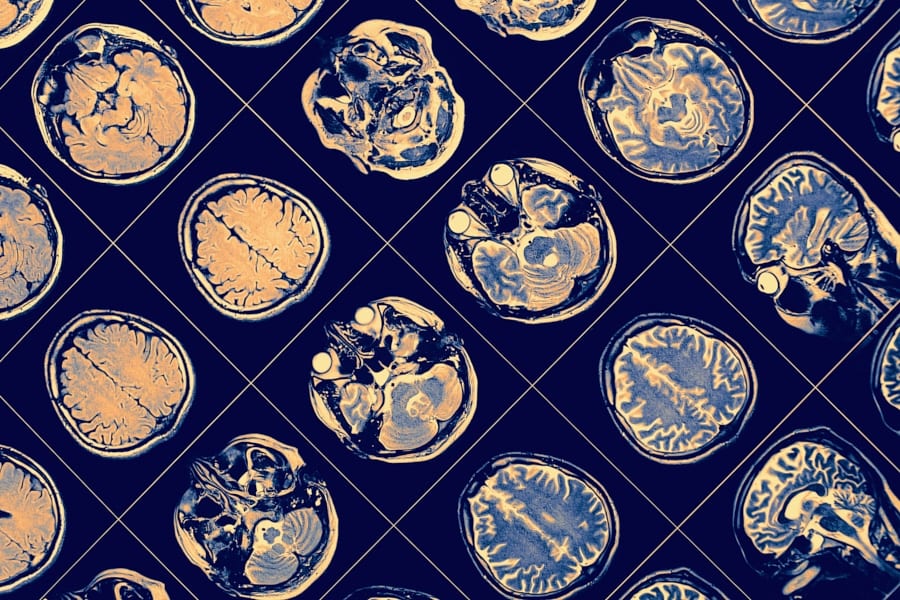 PARKINSON’S DISEASE – AND HOW IT WORKS

It’s unclear what causes it. Scientists state it most likely involves inflammation targeting certain neurons in the brain, thus causing them to degenerate and malfunction.

At first, effects may be unnoticeable— but then slowly increase over the years.

Symptoms are different in every person and can emerge differently. But the most prominent symptoms tend to include:

Most symptoms involve coordination and movement. But other symptoms can and may include:

CAN HERBS AND MUSHROOMS HELP PARKINSON’S?

Once Parkinson’s disease develops, it cannot be remedied—not by mainstream medicine, nor by alternative medicine.

Luckily, the condition is not fatal. However, the more it develops, the more complicated and serious symptoms can get.

That’s why early detection, risk reduction, and treatment are important.

Together, both medical treatments and natural remedies—like herbs and mushrooms—can provide supplemental support as well as risk reduction of Parkinson’s symptoms getting worse, studies show.

According to science, here are some of the best natural remedy candidates for Parkinson’s.

But in its native lands, the flowering herb had other purposes for healing.

It was also considered a nervous system remedy of the highest degree. Even today in Traditional Chinese Medicine (TCM), epimedium is included in herbal preparations used to treat Parkinson’s disease and others like it— and it shows substantial enough effectiveness that it continues to be used, even for Parkinson’s.

Because it still has favor and effectiveness in some Asian healing traditions and their mainstream medicine, scientists have researched preparations that include epimedium and their impacts on Parkinson’s. The results of this study: epimedium helped boost kidney health.

But it also demonstrated neuroprotective abilities as a result.

In another formal study, epimedium was again tested on how it affected a subject with Parkinsons’s. It was found that icariin, an active natural chemical in the plant, could reduce the risk of Parkinson’s—and also possibly support those who had the disease.

Even now, more studies are underway to find out if icariin can be used as Parkinson’s therapy, but until then lots more research is needed.

Lion’s mane, a unique-looking woodland mushroom, has been at the forefront of excitement and research combined on how it may benefit neurological disorders.

Like epimedium, the fungus has long been used as a TCM herbal remedy.

It’s still a nerve tonic in Asia—which has led to scientific investigation into its potential benefit for a long list of neurological conditions, including Alzheimer’s and many more.

Parkinson’s disease falls on this list as well. Though there are only a few studies on lion’s mane and how it could help the condition thus far, research so far is quite optimistic.

This study, for example, tested the mushroom on a test subject with Parkinson’s.

What happened was astounding: lion’s mane helped protect neurons from the damage inflicted by Parkinson’s, thus reducing symptoms and slowing down the progression of the disease.

Though we need more studies before considering lion’s mane a replacement for any current Parkinson’s medicine, the evidence thus far is hopeful it could be a healing natural supplement in the meantime—and maybe one day it will be used as part of official medicines.

It’s a supplement found on certain grocery store shelves, typically for fertility and reproductive health. But mucuna pruriens, an herb also known as “velvet bean,” has other similar uses to lion’s mane and epimedium too— because it’s also a nerve tonic.

Rather than being traditionally used in TCM, mucuna is an Ayurvedic herb.

In this folk medicine from India, it was used alongside nutritious foods, mushrooms, and other healing herbs to holistically boost health. If one reads more about this specific herb’s history, they’ll find it was a great choice for nourishing the nervous system overall.

Does this mean it could apply to Parkinson’s, too?

Research is plentiful in suggesting that yes, it could be very effective—possibly even more effective than levodopa, a mainstream medicine used to treat Parkinson’s.

This was shown in this 2013 review, which gathered and reviewed many studies on the Asian herb and its effects. Though it concluded that more research was needed before officially calling it a better treatment than levodopa, the researchers also noted it was indeed a promising herbal remedy for Parkinson’s—promising enough that more studies should find out more about how it could benefit the population. 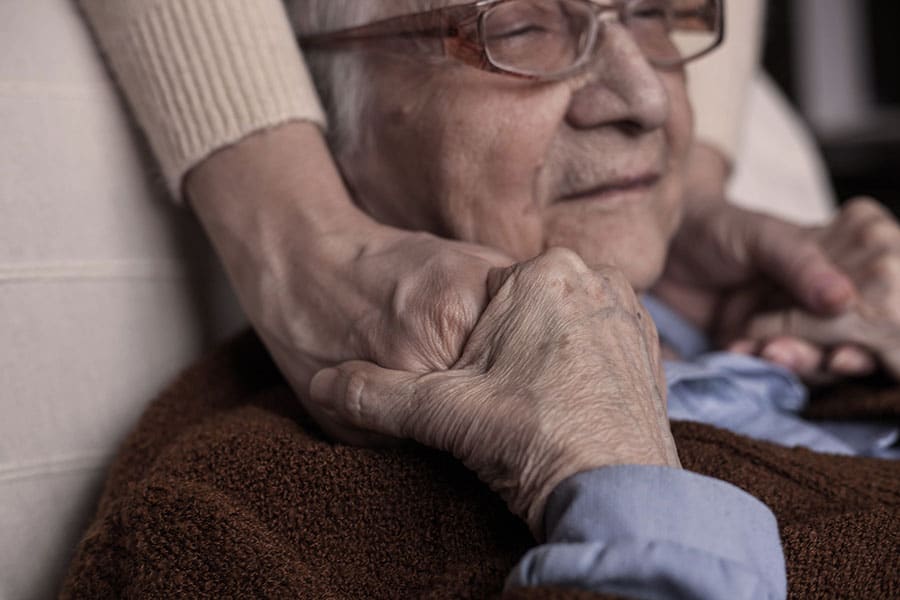 “Eat your vegetables” is a common saying. It’s very likely that high antioxidant nutrients, like sulforaphane, found in certain vegetables may be the precise reason for this slogan—and why some vegetables are so healthy in the first place.

Sulforaphane is a nutrient found in broccoli, kale, and other plant foods.

Many studies are showing it can do a wide number of things for health, like boosting immunity, protecting liver health, and improving memory. An ability to enhance brain function and focus is a hint that, yes, it is good for the entire nervous system as well.

As for Parkinson’s, there’s a good reason to think one should eat their vegetables.

Sulforaphane could indeed reduce Parkinson’s risk—or even help support the disease and holistically alleviate its symptoms, according to studies.

Like in this study: sulforaphane was given to a test subject with Parkinson’s. The results showed evidence that the plant compound slowed down the progression of the disease and reduced the severity of its symptoms in one fell swoop.

Like mucuna pruriens, bacopa is yet another herb of renown in Ayurvedic practice. It, too, may also have a lot to offer nervous system health, according to both tradition and science—including for Parkinson’s disease.

Besides neurological disorders, there is a wealth of history and evidence-based use showing the Indian tropical plant helps many other issues: including stress, aging, even diabetes.

Evidence showing its usefulness for neurological disorders is the most exciting.

As for how it might help Parkinson’s, studies are quite optimistic and it’s in the realm of possibility for doing so—or that also, in the meantime, it can be utilized as a risk reducer of the neurological illness.

Studies like this one also show evidence that bacopa extracts protect neuron damage and may restore the nervous system from Parkinson’s effects.

Again, research is too early to suggest it could be a remedy or used as a medicine yet—but the chance it could one day become a treatment is possible with more research.

Besides the equally unique lion’s mane, cordyceps is another healing mushroom that enters the discussion about natural support for Parkinson’s.

Like the botanicals mentioned before it, science and tradition alike suggest it may be an excellent holistic option— possibly (and with the help of mainstream Parkinson’s medicines) helping to reduce symptoms, the progression of the illness, or the risk of getting it all together.

On the one hand, studies do suggest cordyceps has neuroprotective abilities—great for overall brain and nerve function, and enough to help with issues like cognitive struggles, memory, brain fog, depression, and more.

With this research though, scientists also make a strong case that these properties inevitably bring Parkinson’s benefits. They could halt inflammatory damage in the brain, no matter the cause.

For this reason, cordyceps is a top botanical to consider when approaching natural support for Parkinson’s.

Many of us might not think that something like club moss could be a powerful healer. As it turns out— and backed up by centuries of historical Asian healing traditions— there is some amazing potential in these humble plants indeed, enough that they should be taken seriously.

This is especially the case with one species called toothed clubmoss.

It’s an herbal remedy that’s been used throughout China and Japan since even ancient times and is still used in TCM and other modalities today. What’s more, it is most definitely a nerve tonic—and yes, it could be helpful for Parkinson’s disease.

More specifically, scientists have found that a very powerful compound in the clubmoss—huperzine A—holds all the power to help Parkinson’s with its neuroprotective activity.

In one study, the plant compound was found to be an acetylcholinesterase inhibitor—which in this study was discussed and proven to be a vital and natural way to suppress Parkinson’s development and symptoms.

It’s far out from being a Parkinson’s treatment as of yet. But for those seeking natural alternatives and holistic support, it could be the next best thing in the meantime.

Another mushroom in our lineup, reishi is a healing remedy of many hats and talents. There’s a lot it can do—heal stress, depression, anxiety, sleep disturbances, and even reduce one’s risk of getting cancer.

Can it be helpful for something like Parkinson’s disease?

Yes—according to research, reishi is surely a hopeful and great choice for one’s herbal medicine cabinet when facing Parkinson’s.

This could be owed to research like this, showing that reishi is yet another powerful neuroprotector. It’s able to help a wide range of neurological disorders like Parkinson’s—but also Alzheimer’s, Huntington’s, and much more.

LIFESTYLE AND DIET TIPS FOR PARKINSON’S

To enhance the use of herbs and mushrooms for Parkinson’s, consider adding the following lifestyle and diet tips to one’s routine, too.

FIND THESE INGREDIENTS IN OUR NERVE-SUPPORTING HERBAL BLENDS 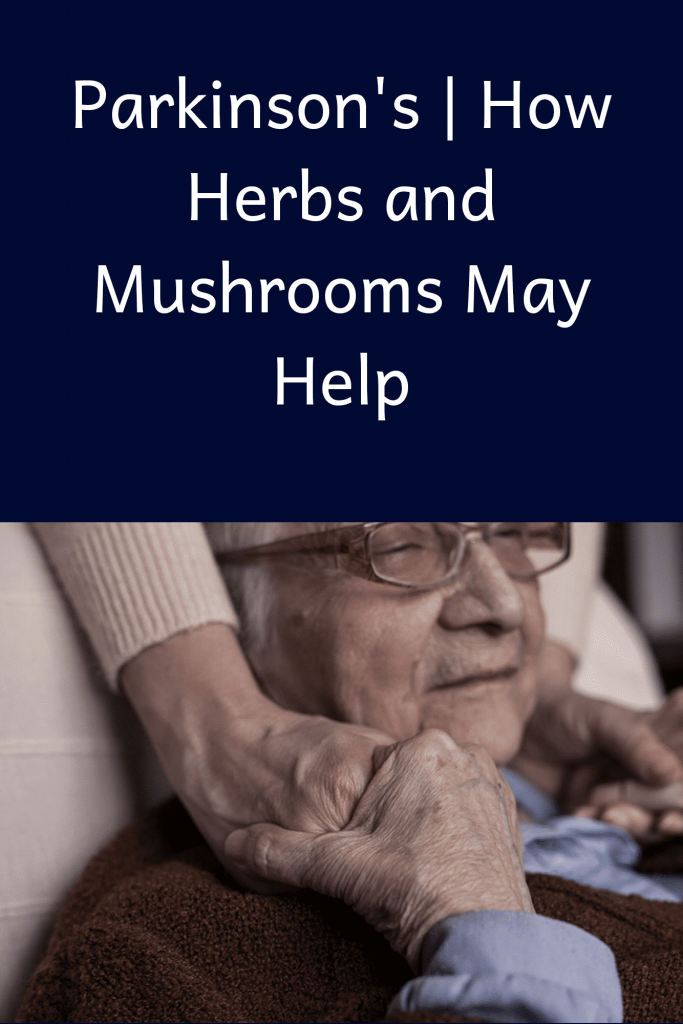 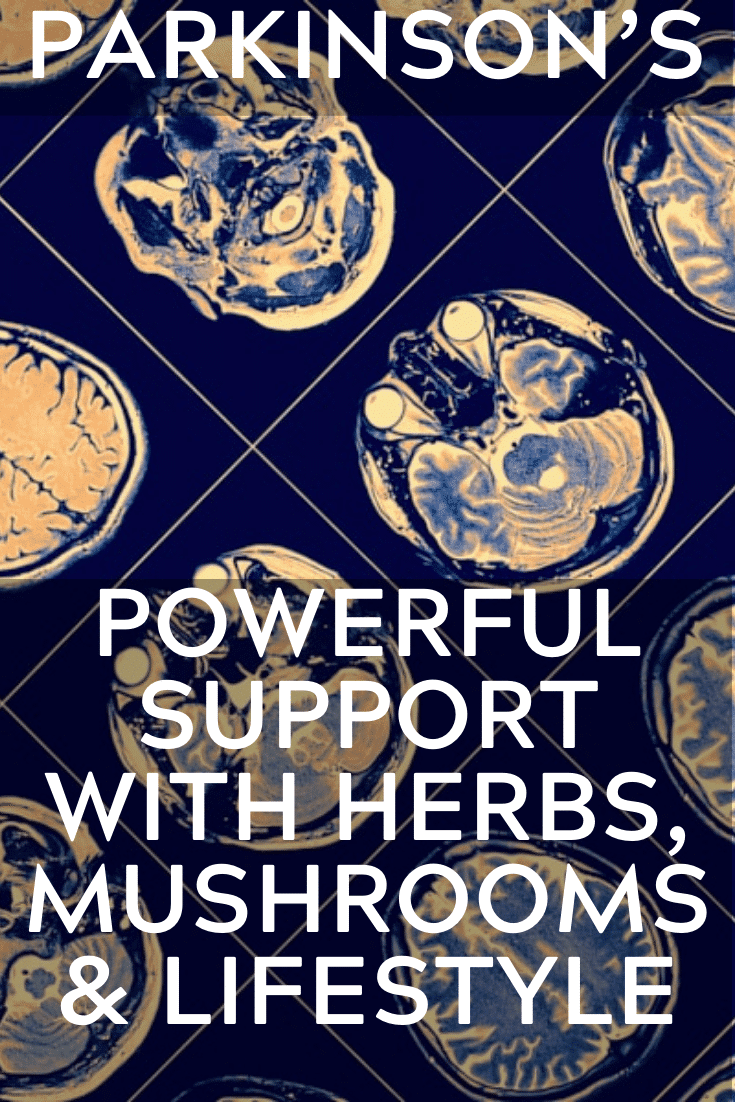