It’s incredible what potential can be found in the foods, herbs, and other botanicals around us—no matter how big or how small.

Herbs like he shou wu have over a dozen benefits, for example. There are many others, each with a plethora of properties that can help wellness in some unique and different ways. Herbs like cistanche, gynostemma, and ashwagandha are famous examples.

But herbs aren’t the only options that hold a lot of potential: exploring the world of mushrooms can yield some extraordinary similarities, too.

Fungi consumed for health purposes for thousands of years have their own representatives with similar benefits. These include chaga mushroom, reishi mushroom, and even the multi-colored, multi-faceted turkey tail mushroom.

Yet there’s one up-and-comer that is showing some strong promise in the world of mushrooms: the magical and miraculous maitake mushroom.

SOME COLORFUL MAITAKE HISTORY AND BACKGROUND

How was this delightful, beautiful, and healthy mushroom first stumbled upon and used in the first place?

Some of its origins can be found in its name. The word “maitake” is a Japanese word that means “dancing mushroom.”

When people came upon it and recognized it growing in the woods, they would often “dance for joy” because the mushroom was so delicious, healthy, and potentially medicinal.

Though it most likely started as subsistence food, consumption of the mushroom among various cultures showed a notable potential for increasing health and vitality. Certain cultures—particularly Asian cultures like the Chinese and Japanese—eventually adopted it also as a healing tonic and medicinal food.

Today, it is very widely eaten as both food and medicine, especially in Japan. In the western world, it is a prized culinary wild edible—in Italy, it is known as the signorina mushroom, which translates to “young lady” in English.

THE SIX TOP BENEFITS OF TAKING MAITAKE EVERY DAY

For thousands of years, maitakes have been celebrated as gourmet food. They’ve also been honored as a health-boosting medicine.

While today in the western world, they wouldn’t be considered an official curative “medicine,” they are indeed becoming popular as a supplement with many health benefits.

Some of these echo their historical uses in traditional medicine, such as from Asia, where it was classically used as a tonic for strengthening the body against weakness and disease. As they put it, it restored balance to bodily systems that were out of balance, to begin with, or that got that way due to disease or lack of self-care.

Today, these benefits translate into many research-supported and powerful holistic benefits. If this mushroom is consumed every day, over time, there could be some very desirable positive changes that health and the body could experience.

What could these be? Let’s take a look at them, and the science that supports each.

More than any other trait this beautiful mushroom is known for, maitake is perhaps most praised and used for improving the immune system.

Studies show that the fruiting bodies of the fungus—the edible parts, of course—are rich in antioxidants. These come from phenols, glucans, polysaccharides, and even more compounds produced in the mushroom body.

By scavenging free radicals and reducing chronic inflammation, maitake’s compounds in effect support the immune system and help it act better. This makes it possibly very useful for a wide range of health conditions, ranging from better protection against colds and flus to autoimmune support.

One 2012 study even found that beta-glucans from maitake triggered antibodies to activate and fight some rather devastating chronic illnesses fully. Another similar study in 2014 showed the same: maitake helped strengthen the body’s innate immune response to overpower and rid itself of foreign invaders.

When taken every day, maitake could make a great supplement to keep immunity in tip-top shape—or even to help support immune-related conditions, if a doctor approves of it.

Beyond its antioxidant benefits to immunity, the compounds in this far-out mushroom don’t just empower the immune system and soothe chronic inflammation.

By helping reduce chronic inflammation throughout the body, maitake can also have some beneficial effects for gently lowering blood pressure.

Maitake is one of many botanicals that work as holistic hypotensives to lower blood pressure. This has been referenced in more than a few studies and modern reviews over the decades, and which can also be attributed to its antioxidant actions.

What this means is that, in effect, taking maitake every day can help reduce one’s risk of either heart disease and a stroke.

Regulating blood sugars a problem? Maitake is shown by research to have an ability to help with that, too.

Second, to the research showing maitake’s wonders for the immune system, there is a wealth of studies showing that it can positively alter blood sugars, and over time even protect against or support treatment for type 2 diabetes.

One 2014 study showed that the mushroom’s polysaccharides were hypoglycemic, meaning they lowered blood sugars. They also stopped insulin resistance from occurring, the precursor condition that can eventually pave the way to diabetes.

In another in 2015, maitake also demonstrated different benefits to type 2 diabetes, beyond just blood sugar regulation.

Though lots more studies are still needed before being able to call it or use it as an actual treatment for type 2 diabetes, it could nonetheless be helpful and all-natural support in addition to accepted treatments with its daily use as a simple nutritive tonic.

This wild mushroom boosts immunity on the one hand and can help protect against chronic disease on the other.

Research shows that it may have some powerful effects for lending its hand in the fight against one of the most dreaded diseases of all: cancer.

Like its other health benefits, this action is no doubt owed to its antioxidant activity. When antioxidants scavenge free radicals, they also tend to catch any and all developments of cancerous cells, too.

For this reason, maitakes make for an optimal supplement to strengthen health against cancer. Studies support it too, showing that the use of maitake extracts can even cause cellular death of cancer cells and tumors as well.

Lots of other research also points to maitake’s ability to slow, stop, and reverse the spread of cancer in laboratory tests. It’s far from ever being called a cancer treatment, but there’s no shadow of a doubt that it can be a healthy part of one’s regimen to protect one against cancer.

As part of its antioxidant characteristics, maitake mushrooms may help people who deal with chronic inflammation issues regularly.

This is because, by fighting free radicals, antioxidants can also help relieve chronic inflammation also, which tends to be caused by the damage done to tissues by those free radicals.

As such, getting extra antioxidants from maitake every day could give some long-term, holistic relief for chronic inflammation issues. Some that quickly come to mind are brain fog, fatty liver disease, rheumatoid arthritis, fibromyalgia, and even stress and depression.

Over a long period of time and in a holistic, gentle way, this could even bring pain relief into peoples’ lives, as well as help them manage conditions in addition to what their doctors recommend.

Studies already show that maitake can help with the chronic inflammation issues connected to immune problems, diabetes, even cancer, and more.

But underneath—and beyond—all that too, maitake’s antioxidant compounds means that it helps chronic inflammation of all kinds, everywhere in the body.

Is there more to maitakes than antioxidants? Definitely.

Nutrition data shows that maitakes could be considered very nutritious food. They’re rich in proteins and B vitamins and contain proper levels of phosphorus, potassium, dietary copper, and trace extras of additional other vitamins and minerals too.

Varied nutrition is essential for overall health—and maitake provides quite a bit, being comparable to the basic benefits of healthy fruits and vegetables.

By this logic, taking maitake every day could generally be considered a little health boost for the entire body, since every organ and system needs the widest variety of nutrients to function well and contribute to wellness and vitality.

Sure, it’s a health tonic in one sense of the word. But it shouldn’t be forgotten that maitake mushroom’s original role in culture, health, and culinary tradition was as a nutritious, delicious food.

FIND MAITAKE WITH OTHERS IN OUR IMMUNE-FOCUSED FORMULA

Want to experience these benefits firsthand? Optimal Immune is our flagship immune formulation.

Maitake mushroom is but one of the ingredients, each carefully chosen for its support by research to strengthen the immune system. 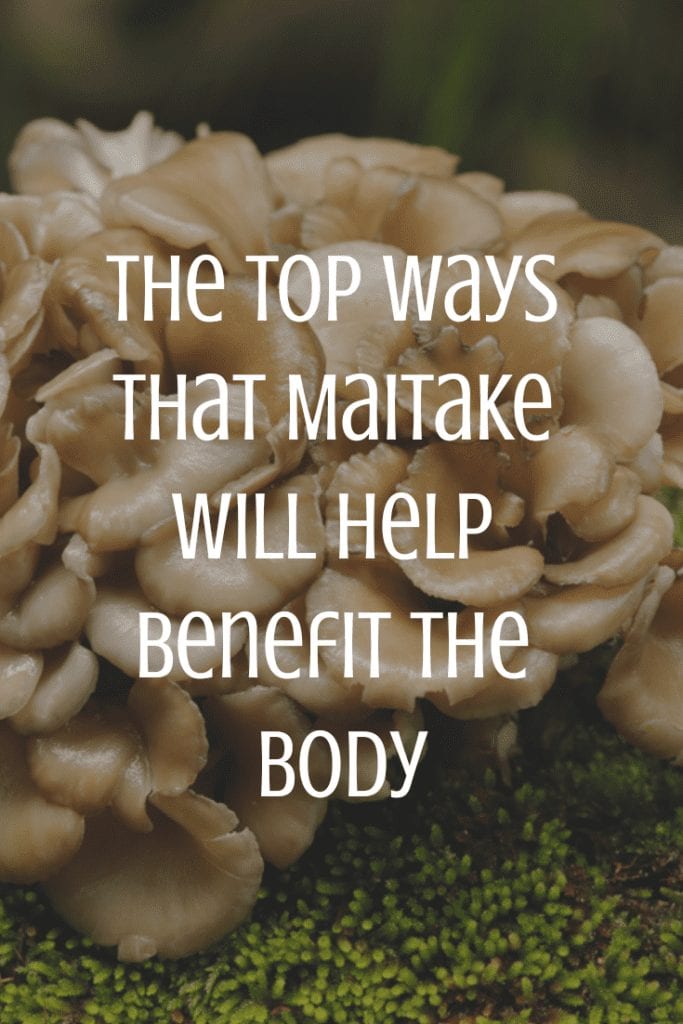 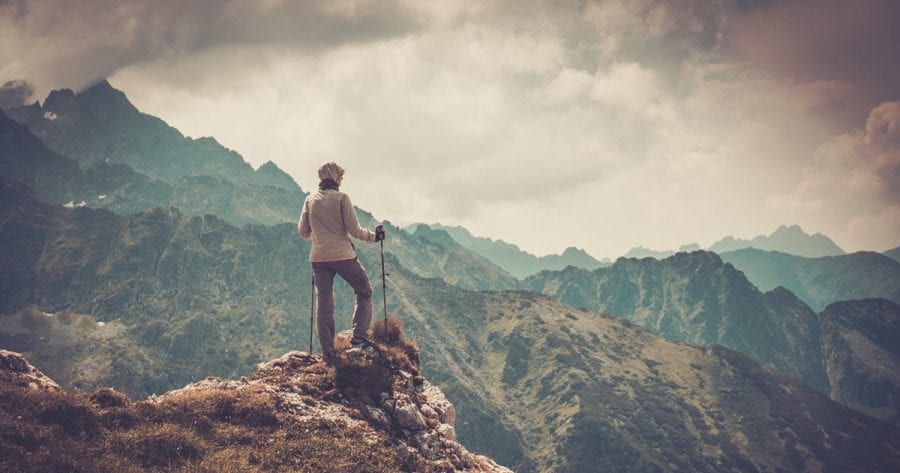