The Unseen Dangers of 5G | PrimalHerb.com

The Unseen Dangers of 5G

Invisible threats to our health are all around us. They can be found in the air, the water, and even our foods.

But what about our technology?

It turns out there are health risks even more invisible than, but just as present as, the pollution in the air. And they can be found in the form of electromagnetic waves from our wireless systems.

These risks are becoming more and more prevalent with advancing technology from our wi-fi signals and the internet, our smartphones, and other devices. And though research is proving more and more dangers from wireless-produced EMF’s (electromagnetic frequencies) over time, the undeniable reality they exist (backed by the World Health Organization) is largely going overlooked by public media.

What’s worse: wireless technology is far from being done developing and advancing, thereby increasing risks and the possible threats to human health if ignored. This is especially the case as 5G wireless networks, the most powerful EMF’s to date, are soon to be introduced to the public and all over the world. 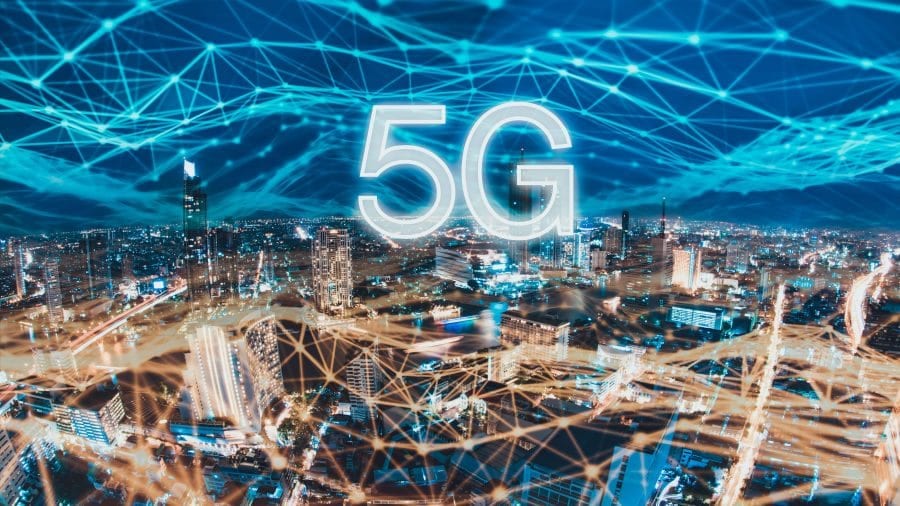 WHAT IS 5G TECHNOLOGY?

The upcoming “5G” technology for wireless communications is the best and most cutting-edge yet. “5G” is shorthand for 5th Generation, following after 4th, 3rd, and 2nd Generations of wireless systems (4G, 3G, and 2G respectively).

For wireless users all over the world, the prospect of 5G sounds exciting.

It would be worth it if the research didn’t show how devastating it is to all forms of life (including plants, animals, and humans).

It may seem improbable, and possibly even fantastical, that something we cannot see, hear, or touch could harm us.

The idea that EMF’s hurt health may even seem like a “tinfoil-hat” theory.

But according to scientists and researchers, it is actually more foolish to assume that the body—which functions due to electric signals and impulses—wouldn’t be affected by this type of radiation and electromagnetic frequency.

This is not science fiction or paranoia—it is reality.

Health experts have written about its potential threats extensively, including neurosurgeon Dr. Jack Kruse. Scientific reviews also acknowledge that there is evidence of harms and that more research is needed to stop any possibility of EMF’s posing risks to the wider population.

With 5G being rolled out, the risks posed could be increased overall for populations around the globe. What’s more, these risks may manifest themselves as all sorts of different health problems—not just one—making them difficult to study and anticipate.

Listen to this Dr. Sharon Goldberg drop truth bombs at the 5G Hearing:

There have already been potential 5G risks established or theorized in studies.

Considering that 5G will be a whole other EMF that fills our atmosphere, we can assume that the researched impacts of EMF’s will eventually apply to the impacts of 5G frequencies as well.

What’s more, 5G will also use a type of waves that have not yet been widely used or studied, called millimeter waves (MMW). Studies have already shown that exposure to MMW’s heats up the skin and has all sorts of other effects.

The following are the most likely health hazards that can be expected of 5G, according to research.

In the most recent and comprehensive look at 5G’s potential health risks to date, research points out that 5G has one major foundational effect on health that could be the cause of many other problems: it triggers advanced oxidative stress.

This then also means earlier signs of aging, more vulnerability to certain noncommunicable diseases, and much more. This same research also suggests that 5G EMF’s may also impact gene expression, meaning that it could have effects on mitochondrial health, too—while other studies suggest this separately as well.

Oxidative stress can lead to a whole slew of health problems. It can do this in part by creating chronic inflammation.

5G may thus mean a higher incidence of inflammation-related problems.

And there is no shortlist of these. Pain conditions and autoimmune disorders, such as multiple sclerosis and rheumatoid arthritis, are theorized to increase in response to EMF waves due to the chronic inflammation they might trigger in the population.

It may also spell the increase in thyroid conditions, too, which are sometimes caused by chronic inflammation, and also started by oxidative stress. In this realm, 5G and MMW’s pose a lot of complications. 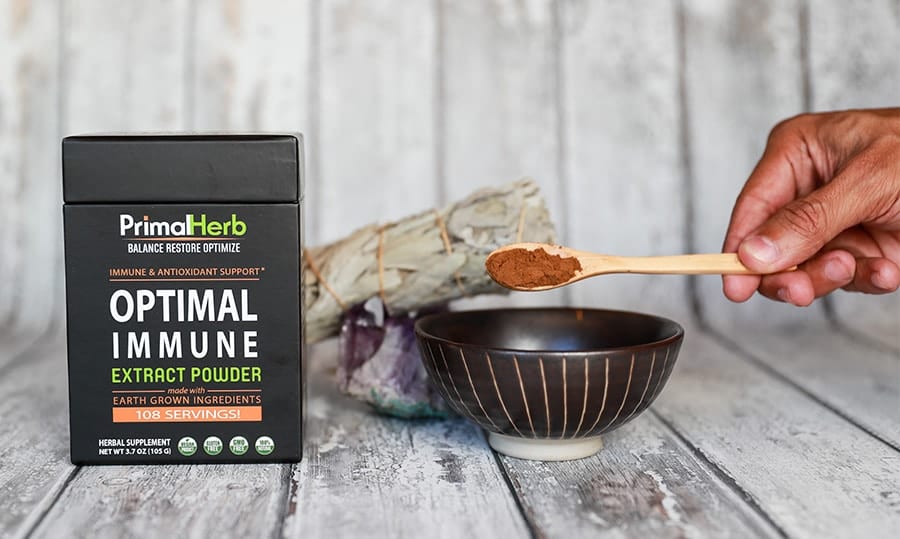 An increased risk of cancer may be the greatest concern connected to EMF’s, no less 5G and MMW’s.

After all, increased oxidative stress can increase cancer risk.

The World Health Organization (WHO) has also pointed out a concern for this risk from our wireless devices. 5G’s are essentially guaranteed to hold the same risks.

But not only that: general studies on EMF’s have already pinpointed a possibility of increased cancer risk. Studies have started to show a higher risk of female breast cancer was correlated with increased exposure to EMF’s—and in the future, exposure to 5G in addition to other EMF’s will be no exception.

MAY HAVE NEUROLOGICAL IMPACTS

People with firsthand experience suffering from EMF exposure often cite a common collection of symptoms—and a lot of them are undeniably neurological.

Among these include brain fog, issues with memory, and low energy. There are also reports of conditions related to nerve damage and nerve pain, while neuro-muscular problems are a likely after-effect of EMF exposure.

This could also mean that 5G might trigger neurological disorders.

Some have theorized that conditions like ADHD could be reaching higher rates than ever due to wireless technology, though more studies are needed before making this a solid theory.

MAY AFFECT THE REPRODUCTIVE SYSTEM

With EMF’s on the rise, harms to sexual and reproductive health have become a worry in studying their effects on health. With what studies have yielded thus far, there may be a real cause for concern in this regard.

These concerns apply to both men and women.

Recent research showed that wireless communication-caused EMF’s could very negatively affect aspects of reproductive health, including sperm, ova, and even embryos via mitochondrial changes, which is an overall devastating impact on fertility.

Earlier studies have shown the same, specifically showing that mobile phone radiation greatly inhibited human sperm. As 5G gets introduced, these risks to human reproduction will likely go even further up and up…and up.

Conditions related to heart health, weight and metabolism are very widespread all over the world, and especially in the developed world, where EMF’s from wireless communication are the most concentrated.

This may be a sign that EMF’s are involved in such health epidemics.

Studies has shown strong effects from EMF cell phone radiation on metabolism, suggesting that these frequencies (including potentially 5G) could influence metabolic disorders, possibly even diabetes.

Yet another study showed evidence that these very same waves impacted cardiovascular health. Radiation from cell phone EMF’s appeared to cause high blood pressure, along with other symptoms signaling an increased vulnerability to heart attack or heart disease.

Though more studies are needed to establish the connection, the spread of 5G and unique MMW’s may bring a further spike in conditions related to the heart and metabolism—and with what changes we have seen in the rise of wireless communication, such a correlation like this preceding 5G could foretell quite a lot.

HOW CAN WE PROTECT OURSELVES?

5G internet, data, and wireless communication are on the way—and there’s very little chance that anything will stop its arrival.

It may be a long time before its effects on health are fully proven or taken seriously. But, in the meantime, we aren’t powerless to protect ourselves from it when it arrives—or from other types of EMF exposure in the meantime, for that matter.

The following may help protect against EMF’s:

For those who live in a 5G city – diet and antioxidants may only slow the damage that is being done to the body. In a city that has 5G (or is going 5G) exposure is growing exponentially by all the 5G towers, mini cell towers, cell phones, smart devices (i.e. smart fridges, TV’s, thermostats, lights, wearables, etc), wi-fi routers, and so much more. The level we would be exposed to as studies suggest may not only dehydrate the mitochondria and cause mitochondrial dysfunction but also cause issues for our cells to be able to process and utilize oxygen. The implications of compromised mitochondria can be very detrimental.

Dig deeper and educate themselves further, we have compiled a 3 part talk that Neurosurgeon Dr. Jack Kruse gave.

Dr. Jack Kruse in our eyes is the leader in this area and the knowledge that he shares is mind-blowing – Enjoy! 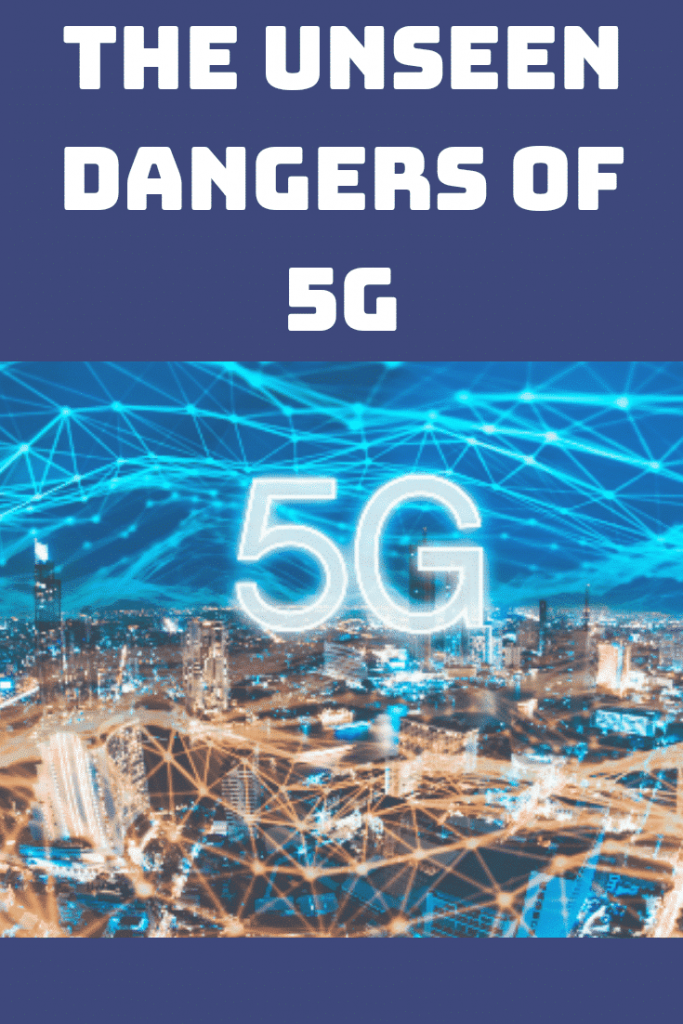 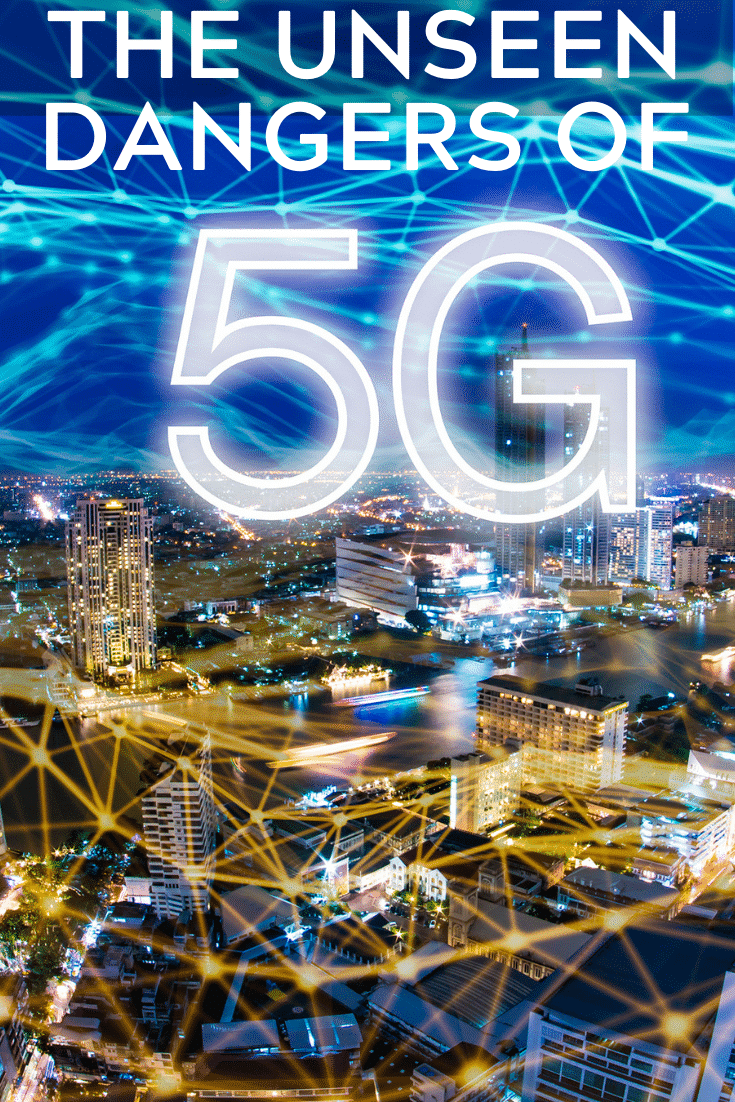 Dr. Jack Kruse(2013). EMF 5: What are the Biologic Effects of EMF? Retrieved from https://www.jackkruse.com/emf-5-what-are-the-biologic-effects-of-emf/

Signs of Candida Overgrowth & What to Do About It 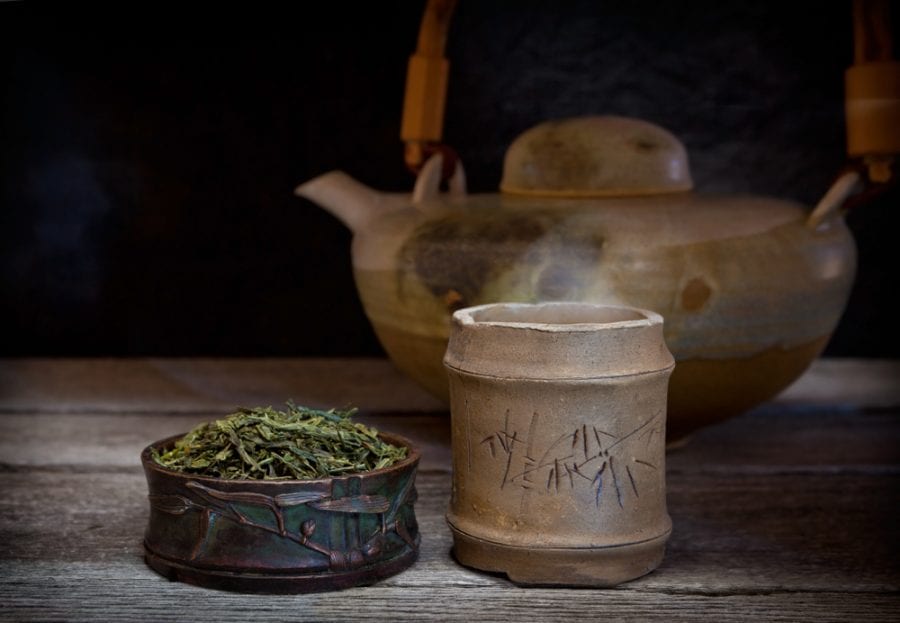 It’s one of the world’s most often-consumed and popular beverages, along with water and coffee. Not only does it contain the stimulant alkaloid, caffeine, that a lot of us love—but this beverage is also chock-full … 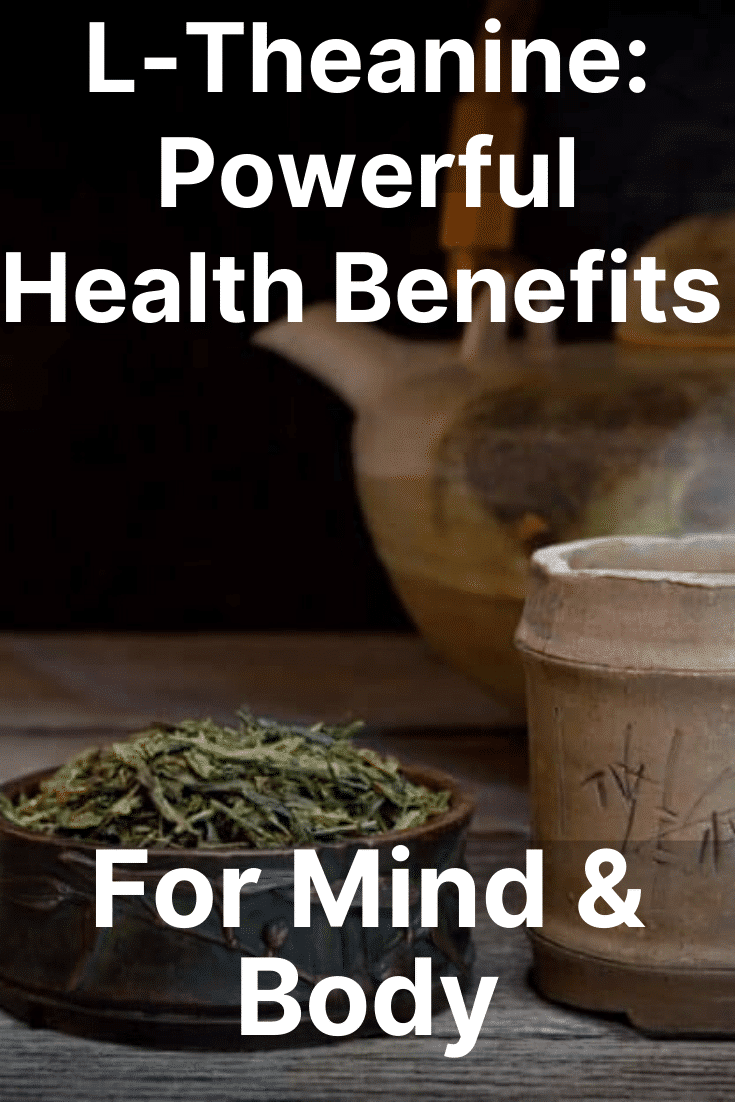 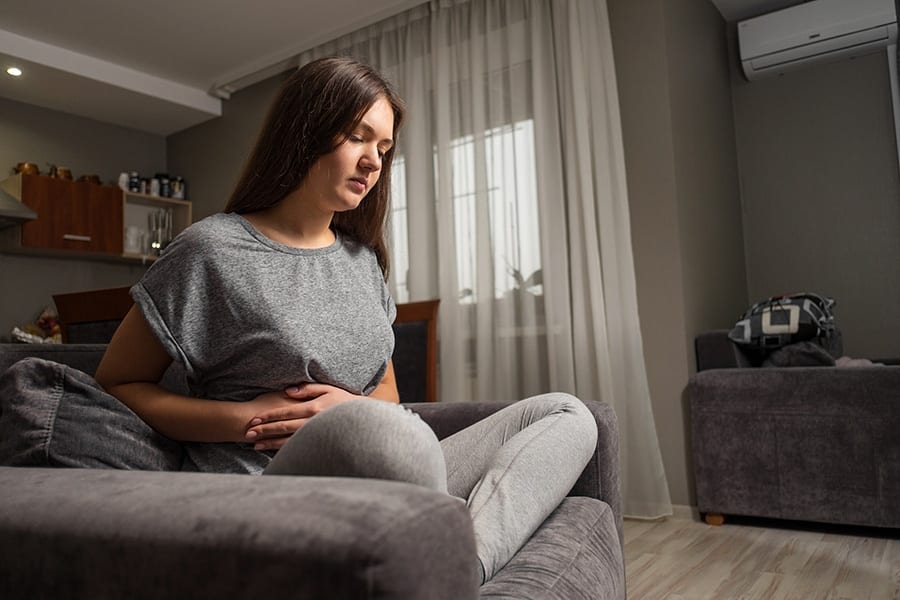 The gallbladder: what is it? It’s not so much the case that people have never heard of the gallbladder before. It’s more likely people don’t know what it is, or even what it does. The … 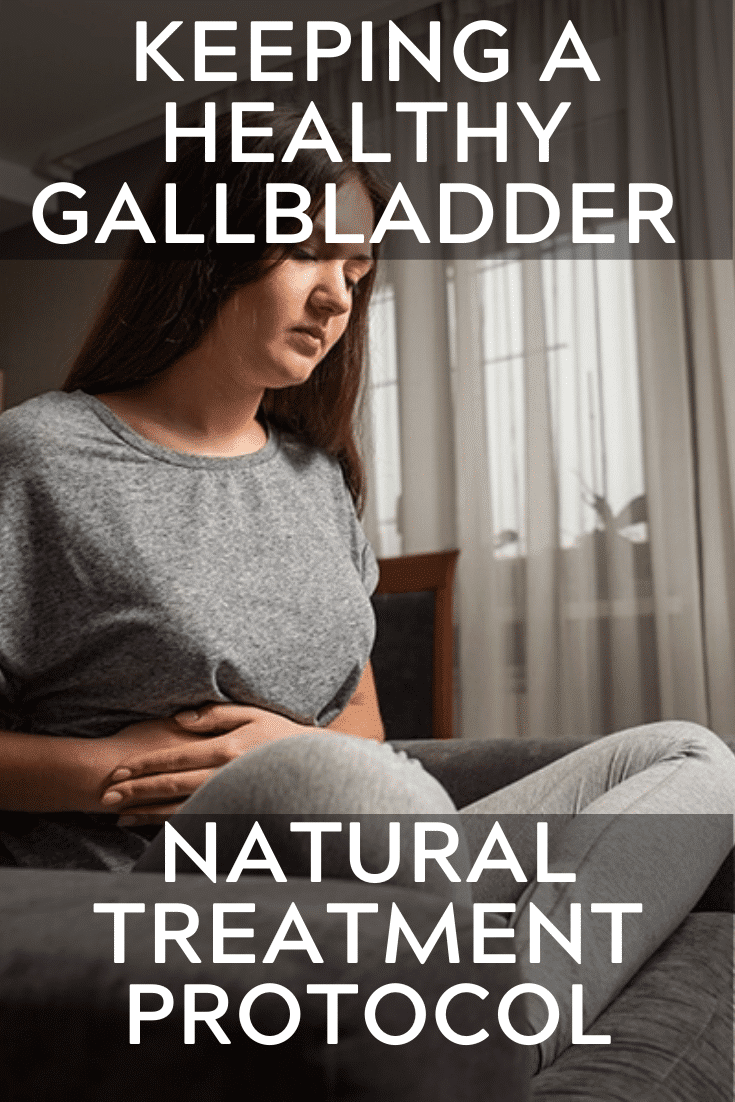