All around the world, there grows an impressive array of mushrooms and fungi of all kinds. Over the centuries—even millennia—ancient cultures have made some startling discoveries about these fungi when it comes to their health properties.

Reishi, for example, is known to power up immunity and promote healthy aging. Cordyceps boosts physical energy in rather incredible ways, while lion’s mane is especially known to boost mental energy. All of these mushrooms and fungi have fantastic claims to fame, both in the past realms of traditional healing and today’s scientific research.

For those of us who live in America, however, all these mushrooms may seem exotic, distant, and fairly unavailable—which is somewhat true. Most of these fungi are local and native to Asian countries or the far north, though reishi (and even the reputable chaga) can be found in certain corners of North America.

But it may surprise that there does happen to be one mushroom that studies show number among the most amazing of medicinal mushrooms, and it grows right under our very noses.

Scientifically, it is called Trametes versicolor. In plain English, we call it the turkey tail mushroom. 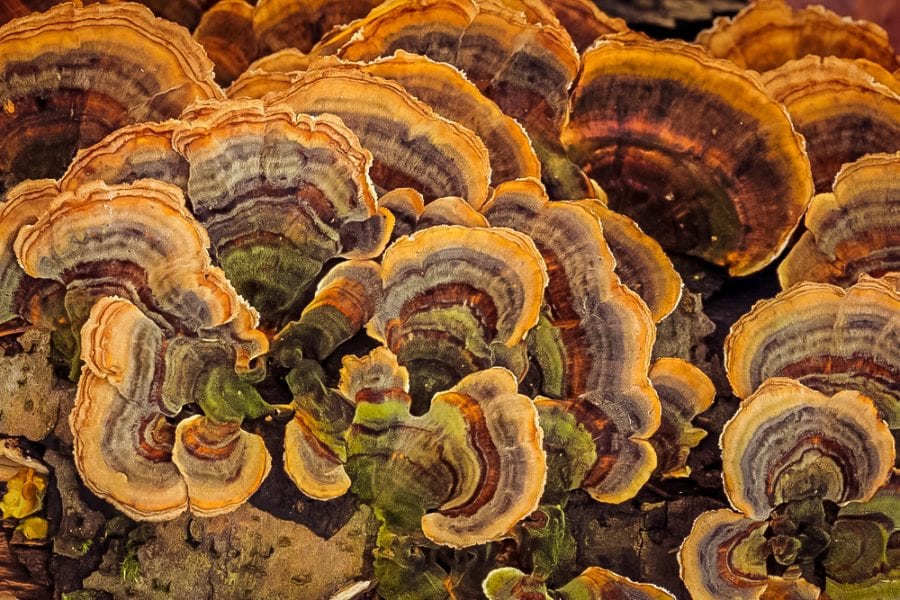 TURKEY TAIL: THE HEALING MUSHROOM FROM THE FOREST

That’s right: turkey tail is an incredibly common mushroom, native to forests all around the world, including our own. All the same, it’s quite difficult to identify, with many woodland fungi being very close imitators of this colorful wild inhabitant, usually found growing on the logs and limbs of trees.

Obviously, the name of the mushroom has a lot to do with its appearance. It grows in a fan-like shape, showing many layers and rings of striking and contrasting colors—ranging from browns and tans to blues, creams, and even reds, making it look indeed quite like the tail of a wild turkey.

According to Josh Axe, renowned health expert, turkey tail has a history as rich and colorful as its appearance, especially in Asia. “…turkey tail mushrooms have been brewed for thousands of years by the Chinese as medicinal teas,” said Axe in his article.

“It’s been used as early as the 15th century during the Ming Dynasty in China,” he continued. “The Japanese, who reference it as kawaritake or ‘cloud mushrooms’…have been well aware of [its] benefits…in fact, the cloud-like image symbolizes ‘longevity and health, spiritual attunement and infinity’ to these Asian cultures.”

WHAT DOES SCIENCE SAY ABOUT IT TODAY?

Do turkey tail’s benefits translate back clearly enough through today’s scientific lens, however? Apparently, yes, they do—and possibly much better than any other anciently used medicinal mushroom that has been researched thus far today.

As of today, there are far more studies and research confirming turkey tail as being unbelievably good at what it has always done in ancient herbalist tradition: empowering immunity, and thus, overall health by protecting the body from various diseases.

In non-scientific terms, turkey tail’s benefits sound quite simple. But take a closer look, and there are many more facets and layers to what it can do—each just as unique and striking as the colors in its appearance.

As stated before, turkey tail is perhaps best known for being an immune mushroom. Like other mushrooms that help ramp up immunity, turkey tail contains polysaccharides which help it do the trick—though research also shows it has something a little more unique than all that.

A 2011 study on turkey tail found that it also contained a unique protein, called TVC, that both stimulated the immune system and modulated its response. This could possibly make it a great agent for protecting against illness, while also being great for controlling the immune system from harming itself, as in the case of autoimmune illnesses (like rheumatoid arthritis).

Turkey tail’s immune-protecting benefits may be so great, it could even be a potential antiviral treatment to combat and treat AIDS or HIV. Turkey tail was mentioned with many other mushrooms—like reishi and maitake—in a 2011 study where HIV-infected subjects took these mushrooms, and experienced immune benefits comparable to mainstream HIV anti-viral drugs.

For any illness—serious or minor—turkey tail could be a marvelous ally to help revitalize weakened immune systems, and assist the body with fighting off foreign invaders, from HIV infections all the way to the common cold. Research is quite hopeful today, though still, more studies are needed.

COULD PROTECT AGAINST CANCER

One of the most devastating and serious diseases of all time, cancer, could also find a formidable enemy in the humble but vibrant turkey tail mushroom.

A study in 2012 found that women subjects with breast cancer who took turkey tail mushroom supplements experienced their immune systems springing back to life following cancer treatments, a time when patients tend to have compromised and weakened immune systems.

A study in 2013, a year later, found that turkey tail could also possibly stop the spreading cancer cells in gastric tissues, thereby reducing the risk of gastrointestinal cancers of many kinds. This includes intestinal cancer, stomach cancer, colon cancer, liver cancer, esophageal cancer, rectal cancer, gallbladder cancer, and many other kinds of cancers related to the digestive system besides.

Could taking turkey tail every day minimize the chances of getting cancer? Though more research is inevitably needed to make this a factual statement, thus far studies suggest that the outlook on this mushroom’s anti-cancer benefits are quite good.

In a 2012 review, turkey tail was listed with many other medicinal mushrooms as being antioxidant-rich. No doubt, the fungus’s antioxidant content has quite a bit to do with its cancer-fighting, immune-boosting capabilities.

This antioxidant potential can be owed once again to turkey tail’s proteins and polysaccharides, both compounds that are similarly found in other renowned mushrooms in the health world. Such antioxidant content makes this fungus also have effects comparable to certain antioxidant-rich herbs, such as cistanche, schisandra, or burdock.

Because antioxidants help slow the processes of cellular oxidation, this could make turkey tail a great natural supplement to help soften the undesired effects of aging, while reducing inflammation and the risk of certain diseases—such as heart disease, diabetes, or digestive illnesses.

Since chronic inflammation caused by free radicals can also take a heavy toll on the nervous system, turkey tail may also be a helpful tonic to nervous system issues in some ways in the long-term, such as anxiety, stress and depression.

What more is turkey tail good for? According to some recent studies, it could be an amazing healer for the gut and digestive system, in addition to all else it can do.

A 2014 study showed that turkey tail was a very successful prebiotic that could reduce the chances of digestive inflammation—another stepping stone to reducing cancer risk in the gut. Prebiotics are natural foods that help replenish the gut with probiotics and beneficial microflora, which is one of the major functions of dietary fiber—a macronutrient turkey tail happens to contain.

As such, taking turkey tail often—and in the right amounts—could be helpful to taking care of one’s gut microbiome, which has benefits for the digestive system and beyond.

Feeding probiotics with prebiotics (such as turkey tail) could improve the absorption of other nutrients—like vitamin B12, vitamin D, and some minerals—while also reducing the risk of digestive illnesses like IBS, Crohn’s disease, colitis, and many other well-known gut imbalances to boot.

Perhaps one of the most startling things of all: more than any other mushroom, turkey tail has demonstrated the most hope in helping the body detoxify itself.

The way it accomplishes this fascinating feat? By benefitting the liver particularly, the body’s most important detoxifying organ. A 2010 study observed the mushroom killing off tumor cells that had made their way into the liver, suggesting that turkey tail could be a strong companion to the liver’s own detox capabilities.

Two more studies came along, one in 2011 and one in 2012, showing that its antioxidants were so strong they could help shield the liver from the harmful effects of radiation following cancer treatments. If liver health is a major concern—or if one is in pursuit of a scientifically-supported detox regimen—turkey tail may just be one of the best botanicals to seek out, along with a few others. 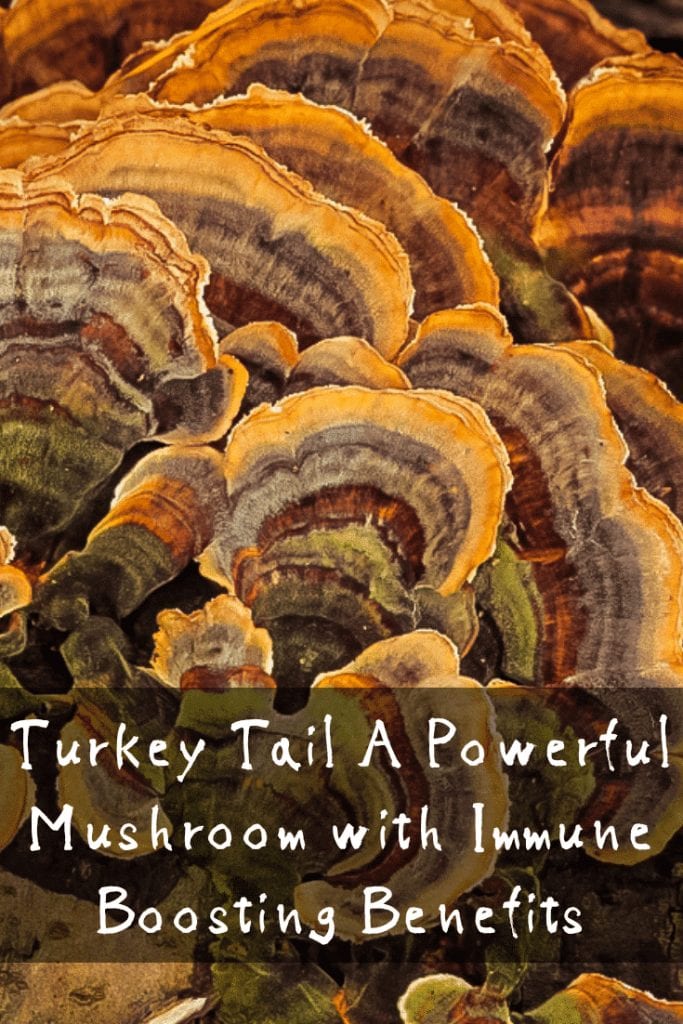 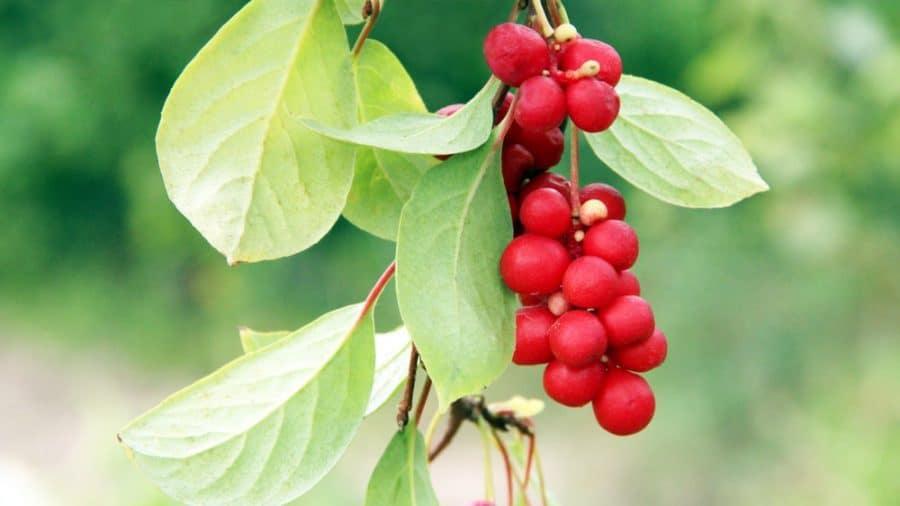 The natural health world is full of supplements, superfoods, and botanicals shrouded with tons of health claims. One buzzword related to the above: adaptogen. What exactly are adaptogens? There are a lot of ideas about …