What if I told you that a mushroom dubbed, “The Diamond of the Forrest” was the key to enhanced health and wellbeing? Well….it is! The Wild Chaga Mushroom (Inonotus obliquus) is a fungus that predominately grows on birch trees in colder climates across the Northern Hemisphere. If you observed the appearance of a Chaga, you probably wouldn’t want to touch it. Yet, like your mama has hopefully taught you, “Don’t judge a book by its cover.” This special mushroom is jammed pack with plenty of health-enhancing goodies. 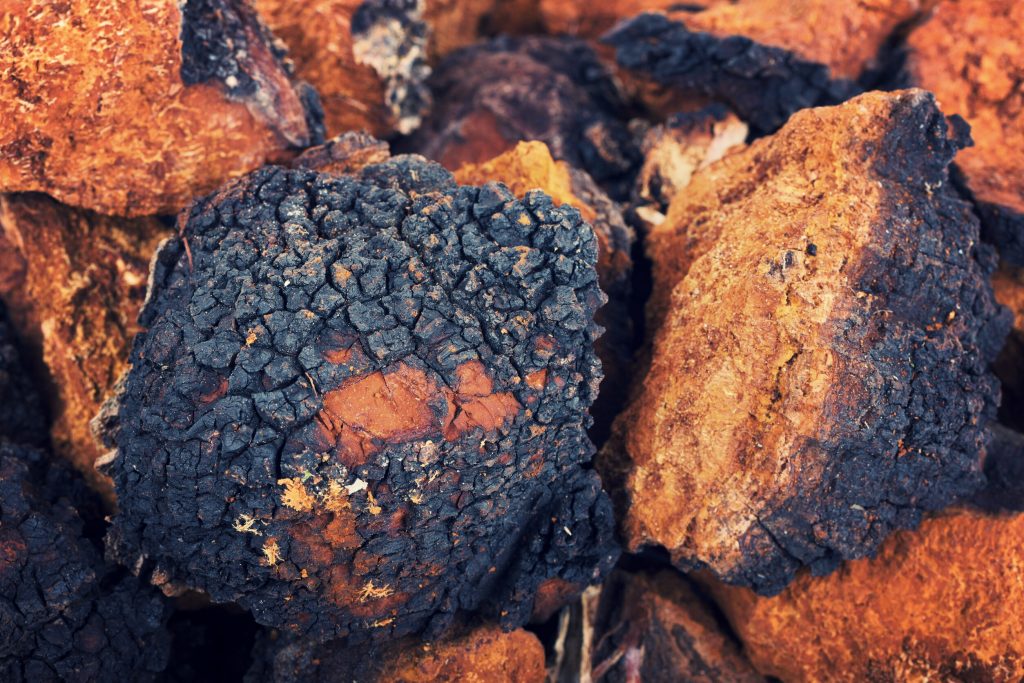 What exactly is a Wild Chaga Mushroom?

Also called, “The King of Medicinal Mushrooms,” the wild Chaga mushroom has been utilized for medicinal purposes for centuries in the Eastern Hemisphere, especially in Russia and other North European countries. The name Chaga comes from the Russian word of the mushroom. The mushroom grows in the birch forests of Russia, Eastern and Northern Europe, Korea, northern areas of the United States; particularly within the North Carolina mountains and in Canada.

The appearance of Chaga would remind you of a piece of burnt charcoal. This part appears on the outside of birch trees infected with the non-toxic parasitic fungus, Inonotus Obliquus.

What is the Wild Chaga Mushroom used for?

Known by the Siberians as the “Mushroom of Immortality” and the “Gift from God,” the Wild Chaga Mushroom presents a plethora of health benefits. This mushroom is very nutrient-dense as it contains numerous B vitamins, flavonoids, phenols, enzymes, and minerals. It makes sense since it derives from trees that live as long as 10,000 years. (That’s a lot of birthday cakes!) Chaga harbors the actual life force of trees, in which may be the most powerful living being on Earth.

Knowing this about Chaga, it shouldn’t surprise you that the mushroom is utilized to mainly treat the following illnesses or health issues:

If your health was Christmas, the Chaga mushroom would be Santa Claus. This mushroom provides you plenty of gifts (health benefits). The following are some more notable health problems that it treats or prevents:

How to Consume the Wild Chaga Mushroom?

First and foremost, don’t ever pick a Chaga mushroom off a birch tree and eat it. That’s just plain ole’ nasty! However, Chaga is actually safe to consume as there haven’t been any reports of side effects since it started being used for medicinal purposes centuries ago. Besides supplementation, via powder or pills, the main way most people consume this nutritious mushroom is brewing it as a tea.

If you’re old school and like making tea the old fashion way, find a birch tree to harvest some Chaga mushrooms. (It is best to harvest during the fall and winter time when it is 41 degrees F or below because this is when the birch trees have gone dormant for the winter and the Chaga is at its peak nutrient values.) Take a piece off the tree by using a large high-quality outdoor knife or ax to cut away the Chaga from the tree carefully (Caution: Don’t cut deeply into the tree as that will kill it). Upon arriving back home, go to the kitchen and perform the following steps:

Note: This will make approximately 1 liter of Chaga mushroom tea

In all, this will take about 2 hours of work to enjoy one cup of tea. If you’re anything like me, you would rather avoid the hard labor by buying some Dual Extract Chaga Extract and mix it into your tea.

An interesting fact about Chaga mushrooms is they possess a naturally occurring vanillin, the same as found in the vanilla bean. So when you drink tea or coffee containing a Chaga mushroom, a slight vanilla flavor will be tasted. So if you were expecting Chaga to taste like a mushroom on a frozen supreme pizza, that won’t be the case.

You may be wondering what the heck is a SOD. SOD (superoxide dismutase) is an antioxidant enzyme that you need to fight off superoxide, one of the most deleterious free radicals in the human body. If left untreated, these harmful free radicals can potentially lead to the development of many chronic health problems such as cardiovascular and inflammatory disease, cataract, and cancer.

Researchers have been praising SOD as the body’s most powerful natural antioxidant enzyme. While SOD is naturally created by the human body, around 25 to 30 years old, the levels of enzymes needed to create it begin to dwindle. That’s why if you’re over 25 years old, it is highly recommended to supplement with a substance like Chaga to continue getting plenty of SOD.

While Easterners have been utilizing The Wild Chaga Mushroom for centuries, the Western world is finally starting to realize how potent it is to their health. The vast amount of antioxidants and nutrients that it possesses is the reason Chaga is utilized to cure various health ailments around the world. Consuming a daily dose of this mushroom provides an excellent natural source of B-complex, plant sterols, SOD, and beta-glucan. 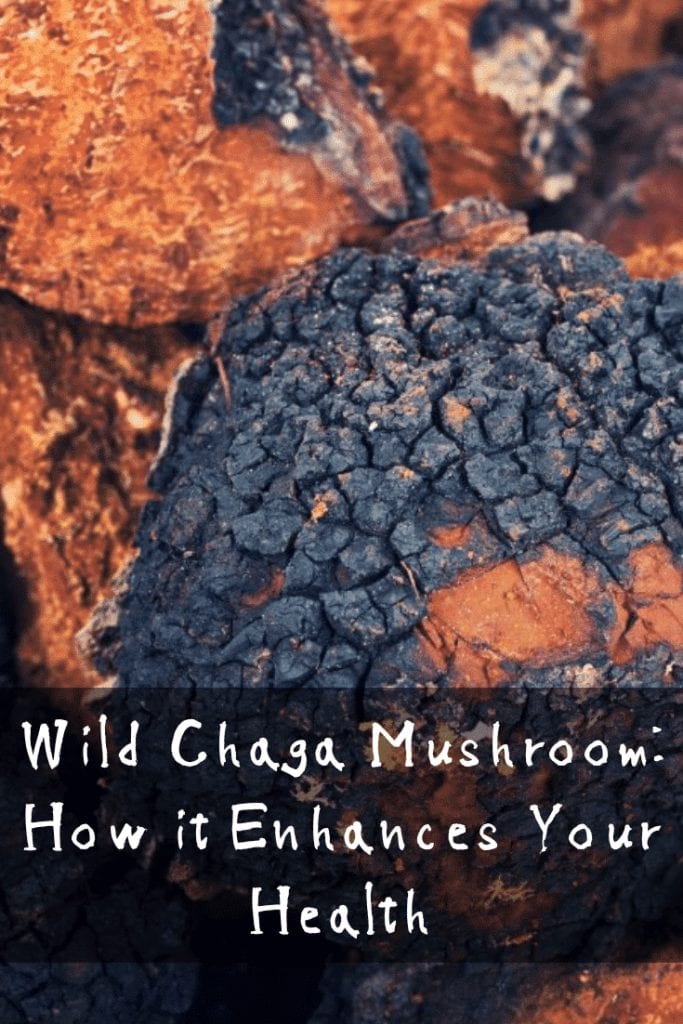