Smoking: How to Overcome the Damages | PrimalHerb.com

Smoking: How to Overcome the Damages

Smoking cigarettes: all of us know that it’s bad for health.

But just like other tantalizing vices—like drinking too much alcohol or overeating sugar or processed foods—we might fall into the habit of smoking to get by and feel good, for a variety of reasons.

The real question is: is the trade-off ultimately worth it for our health? 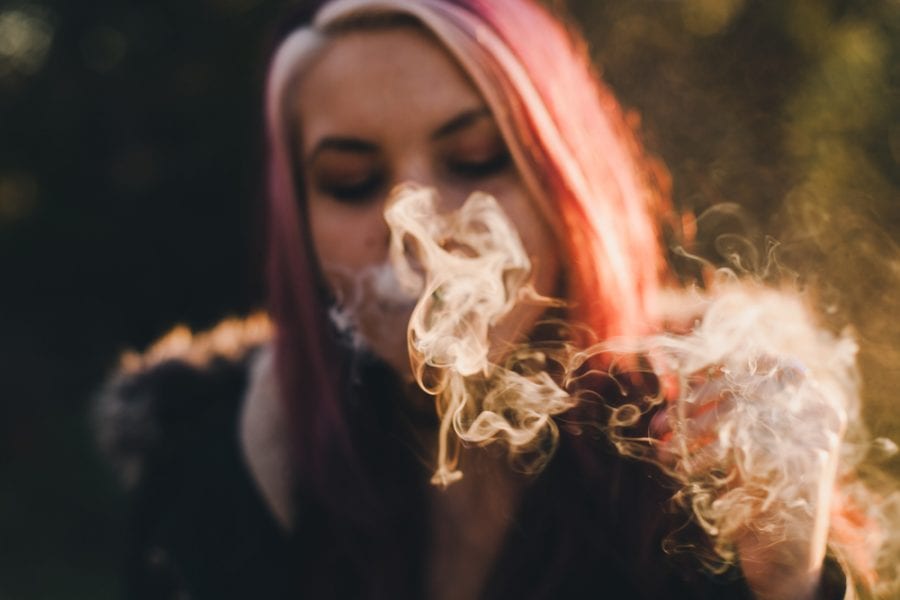 Most people smoke tobacco for fun or as a stress-relieving habit. Before they know it, though, they’re hooked, and damage starts to take its toll.

And though cigarettes might feel good in the short term, there are some significant costs incurred to our overall wellness.

Whether it’s a pack a day habit or a casual indulgence, the impacts of smoking are harsh and immediate, even if smoking makes people feel better in other ways.

As soon as that butt is lit up, damage to health takes place. And it can’t be avoided.

Some of the damage that cigarettes and smoking cause:

These are just the immediate effects—the profound effects are far worse.

When the literature and studies are looked at, the answer to the question “is the tradeoff worth it?” will always be a big, resounding NO.

WHAT CAN BE DONE TO BENEFIT SMOKING DAMAGE NATURALLY?

Luckily, there are ways one can try to keep the body as healthy as possible while smoking—though, of course, the healthiest course of action will always be quitting entirely and completely.

For people genuinely trying to quit, however, are there things that can be done to soften the blow of smoking’s immediate impacts, as well as for smokers in general?

Here are some quick natural tips that have helped a wide range of people, whether to help them cut down or blunt the ill effects of smoking in the process according to a 2014 review:

THE MORE DEVASTATING (BUT LESS IMMEDIATE) IMPACTS OF SMOKING

The above benefits mixed into one’s lifestyle can help with some of the more minor, short-term effects of smoking, especially if one is already trying to quit.

However, there is, unfortunately, a lot more to smoking’s damage than all the above, and which call for more desperate measures.

At the very foundation of smoking’s harms, the chemicals and tar in cigarettes and cigars ultimately cause free radical damage.

The unnatural substances that enter the bloodstream through the lungs increase free radicals in the body. These act almost like “rogue” cells that, instead of serving essential functions in anatomy like they should, actually malfunction and cause inflammation and damage.

The free radical damage begins at a microscopic level in our cells, but then snowballs into devastating impacts on our well-being. And it goes far beyond breathing difficulties, accelerated aging, and more.

As most of us know full well, smoking increases the risks of some of the deadliest diseases, and it can even eventually kill us.

According to the U.S. Center for Disease Control, more than 10 times as many people have died prematurely due to smoking than people who have been killed fighting in wars for the United States.

Smoking’s effects on boosting free radicals increase the risks for all types of cancers: including liver cancer, breast cancer, cervical cancer, leukemia, and many others.

Once cancer takes hold too, smoking only speeds it up and makes it even deadlier. This is one of the many ways that smoking also increases the risk of death—once cancer starts, it’s hard to stop or cure it quickly.

While it may seem counterintuitive, smoking does worsen anxiety over time rather than help it—even if people use smoking as a crutch to deal with stress.

A 2015 review found that though smoking relieved anxiety in the short term, it also increased a smoker’s sensitivity to it, making them more vulnerable and sensitive to the sensations of anxiety in the future.

Research has found that the same applies to depression and stress, as well. Part of this may be due to free radical damage to the nervous system, as well as altering psychology as an addictive drug.

So despite smoking seeming like an easy way to relieve anxiety—or even stress and depression for that matter—it can make those nervous issues far worse over time.

Not many people, whether smokers or non-smokers realize that smoking can sap the body of nutrients over time.

That’s right: being a smoker can cause nutrient deficiencies, which over time, creates a myriad of other health problems.

Research shows that smoking interferes with the absorption of tons of nutrients—including all vitamins and the minerals iron, zinc, and selenium. Studies connect smoking more specifically to a few specific deficiencies, like vitamin D in this study and iron in this 2013 study.

As such, smokers may need to take greater care that they get enough nutrients in their diets, and more so than non-smokers.

They can do this with the help of nutrient-dense foods, and especially liver and oysters, which are two of the very best natural food sources of iron and vitamin D. Seasoning with a pinch of fresh black pepper has also been shown to boost nutrient absorption, too.

Because smoking can drain away all the nutrients we get from food and supplements; this naturally has consequences on our immune systems.

For strong immunity to combat certain autoimmune disorders and to even keep the flu away naturally, we need plenty of vitamins and minerals to stoke our internal fires. This includes vitamins C and D, as well as iron and zinc.

People who smoke are more likely to succumb to viral illnesses and infections, and even to experience chronic inflammation, which is an immune response, according to a 2014 review.

Smoking can even worsen autoimmune illnesses like rheumatoid arthritis. Quitting, of course, is the obvious answer—though smokers may have a greater need for more antioxidants and ways to boost immunity.

SMOKING CAN CAUSE INFERTILITY

Trying to start a family? Puffing on those butts can get in the way of that, too.

The free radical damage caused by smoking will also take its toll on fertility, whether it’s male or female infertility, according to a 2013 study. For men, this means a lower sperm count and even lower testosterone levels to boot, as seen in another study in 2012.

To combat this, more and more men who smoke will especially have to work on boosting testosterone and increasing fertility to make up for the habit’s adverse effects, and especially if they want better energy, performance, and to have children too, for that matter.

Of course, the only more recommended and effective way of doing this is to stop smoking completely. Nothing beats quitting!

Cancer is one major chronic illness that cigarette smoking can cause. Another chronic disease, and one that is almost synonymous with smoking, is heart disease.

Because of the free radical damage and inflammation that smoking causes, many risks that can lead to heart disease also soar sky-high. This includes blood vessel damage, increased blood pressure, rises in cholesterol.

Research making the case for smoking causing heart problems is almost limitless, as shown in this 2016 update on heart disease risks. Smoking also increases the risk of stroke in a similar fashion, too.

SMOKING CAN INCREASE THE CHANCE OF TYPE 2 DIABETES

Another life-threatening and deadly chronic illness, smoking can also have a devastating part to play in is the development of type 2 diabetes, along with the diet factors that play into its effects as well.

A 2015 study and review showed that smoking could significantly increase the chance of getting type 2 diabetes. Among those who quit, the risk started to go down.

People who are also obese and who have high blood pressure have an even higher risk of developing the disease. All the more reason for them to take measures to protect their health, or to work on quitting altogether.

It’s quite obvious that smoking would cause lung problems. The tar and chemicals from cigarettes and cigars are not meant to end up in our lungs, and neither are our lungs designed to handle them.

The result is lung problems, some of the worst of which are COPD (Chronic Obstructive Pulmonary Disorder), which in turn creates chronic lung and breathing issues like bronchitis and emphysema.

These disorders, though not always life-threatening, are nonetheless incredibly debilitating and painful. It may not only cause shortness of breath and make it more challenging to exercise, but also make one experience low energy and chronic fatigue on the regular.

There’s only one way to truly stop all the above damaging effects of cigarette smoking on the body.

To stop the harmful effects of smoking, one must quit smoking altogether.

For so many of us, this is much easier said than done. And that’s not to say there aren’t things that can make the path a smoother one towards quitting, or ways to protect the body as much as we possibly can.

Looking for more natural ways to keep health in tip-top shape as a smoker trying to quit? Explore some of the following natural options.

Since the harmful effects of smoking can all begin with free radical damage, it’s not a stretch to think that antioxidant herbs could help. A 2011 study even found that antioxidants could help reverse some blood vessel damage caused by smoking.

Herbs that contain quite a bit of them are commonly called adaptogens, meaning they help the body better adapt to stress, oxidative damage, and—yes—even smoking’s effects.

No study proves that antioxidants can completely mitigate damage from smoking. Only quitting can do that.

Here’s a list of the most popular sources of herbal antioxidants:

Many immune-boosting herbs and fungi just so happen to contain antioxidants.

What’s more, each of these has special immune properties that might possibly help keep the immune system healthy, balancing against smoking’s immune-lowering impacts to reduce illness.

Still, boosting immunity is not shown to have any way of stopping smoking’s effects—though it may just support better wellness and resilience to sickness while one is trying to quit.

Some popular immune-boosting herbs and mushrooms:

One of the leading reasons why people turn to smoking: stress. Anxiety and depression may also play a part in relying on the habit, too.

Lighting up a cigarette can help a person de-stress quickly, but the health impacts from just a single soothing puff just aren’t worth it.

What’s more, there are herbs and mushrooms that can do that job for us. Sure, they won’t give that rush that nicotine does, but they’ll be all-around healthier for the body in many other ways.

FIND HEALING HERBS AND MUSHROOMS IN OUR FORMULAS

Most of the above-listed adaptogen, antioxidant, stress-relieving, and immune-boosting herbs can be found in our formulas—most notably Optimal Immune and Tranquil Mind.

Tackling quitting alone isn’t the only option. Look to nature to find some gentle support. 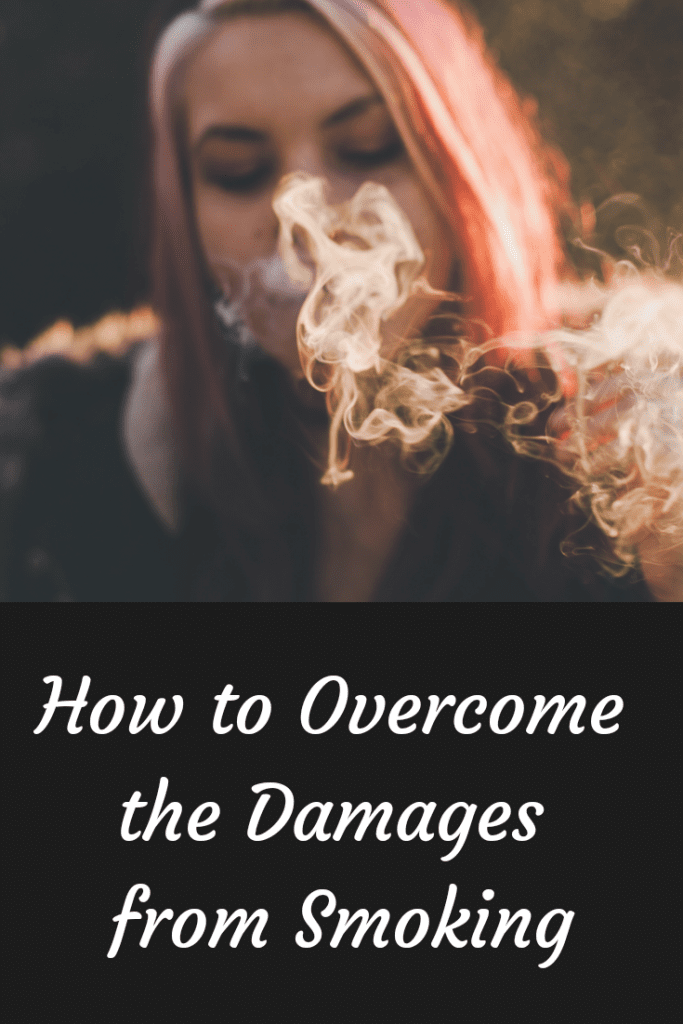 Some aspects of health may encourage us to look at things a little differently—and in some cases, in a much, much smaller way. We ask ourselves: why am I feeling more tired today? Why do …

There are so many herbs and spices to choose from in the culinary world. Vanilla, cinnamon, ginger, rosemary, and even cardamom number among some of these, each with unique and startling flavors that bring our …