Some of the most common names are long jack, tongkat ali, and pasak bumi, though there are many, many more, and all in different languages.

Each name usually refers to the herb’s trademark intense bitterness. It has even earned the English title “Malaysian ginseng,” which gives an exciting sneak peek at all that the plant is fully capable of in the health realm.

But while it has garnered so many different names, it hails from just one corner of the world—Southeast Asia. That’s right: tongkat ali only grows natively in the countries of Indonesia and Malaysia, though it has also been found growing in India, Malaysia, Laos, Thailand, and Vietnam. 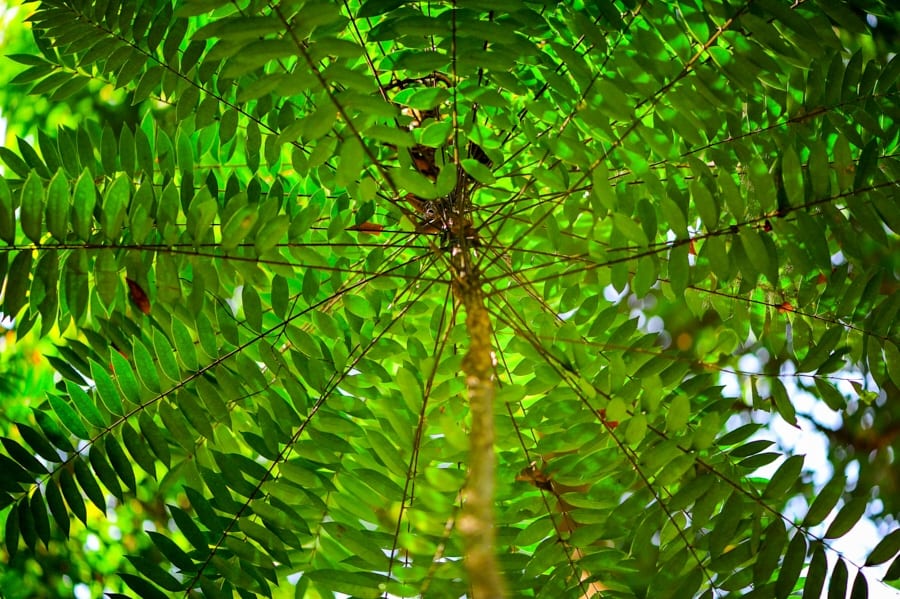 AN HERB OF MANY NAMES AND MANY REPUTATIONS

How can one herb from such a limited region get so many nicknames—and for that matter, spread in such popularity around the world?

Only healing plants with truly stellar reputations could delight so many cultures, and to the point of winning so many aliases. And that is what has helped tongkat ali get so far: the many reputations, properties, and traditional uses it has gathered among Southeastern Asian peoples over the years, leading to it being called by so many names.

It could even be said that tongkat ali has earned almost as many healing reputations as different names!

After all, the flowering shrub-like tree has been used in traditional medicine for everything from fevers, malaria, and digestive infections to tonifying functions, regulating blood sugars, and even boosting reproductive function in both men and women.

There is a very rich history behind the many claims for what this herb can do. But which ones have held out over time with the help of research? Which ones have been supported and vouched by today’s science, validating its abilities to aid modern health issues?

While tongkat ali’s properties run the gamut of ways they improve wellness, modern research today finds that its true prowess may be found in the world of reproductive function, fertility, and hormonal balance—especially for men.

But how, exactly? Let’s take a look.

Anciently, a brew of the roots from this small- to mid-sized palm tree-like shrub was used to improve reproduction and fertility across the board. But today, science has uncovered even more insight into how this might work, particularly for men.

A 2010 study of men who took tongkat ali found that the plant measurably improved sperm health on three different levels: its motility, its quality, and even its concentration and volume. 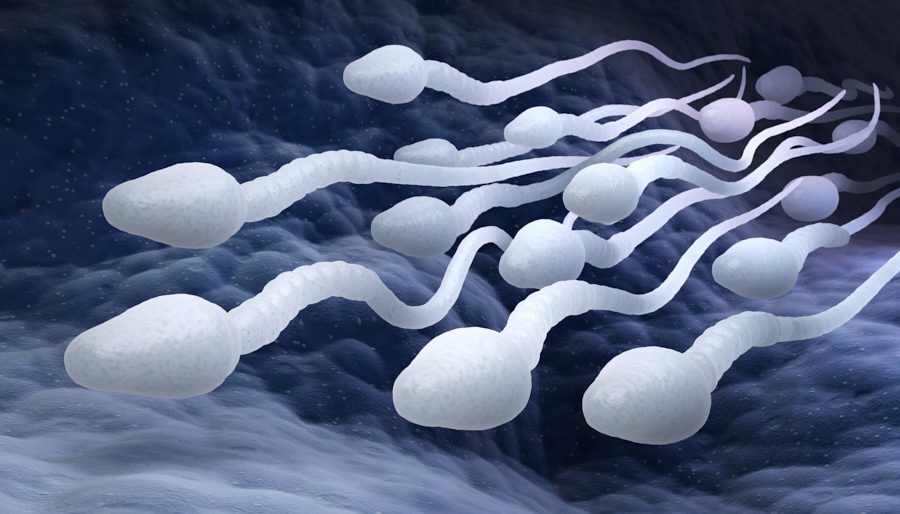 This thereby boosted overall fertility, which was also observed in their relationships with women trying to conceive. Among the 350 test subjects, 14.7% achieved spontaneous pregnancy with their partners during the duration of the trial!

The verdict: tongkat ali has a very positive impact on male fertility, especially among those who are looking to start families and who have infertility problems.

Give it a try, as it may be one of the most accessible natural solutions to male infertility according to research!

While tongkat ali can impact sperm quality for the better—and may be one of the best herbs to do so—it is not alone or completely unique in this category. In fact, other popular herbs have been known to do the same.

But there are not a whole lot of time-tested and well-researched herbs that improve both sperm quality AND do male reproductive health the second favor: by boosting testosterone.

What more, tongkat ali has a much more special way of increasing testosterone in the human body compared to other herbs that achieve similar results. A 2013 sports medicine study showed that the herb doesn’t directly stimulate the creation of the male hormone itself. Rather, it aids the body in its own natural ways of releasing it, which is truly special indeed.

More specifically, tongkat ali speeds up the rate that “free” testosterone is unlocked from sex hormone binding globulin (SHBG), a precursor to testosterone. When in this precursor form, it doesn’t do the same things for health like forms of testosterone do.

Even better—this Asian shrub may be especially great at encouraging the release of the body’s most powerful forms of testosterone: dihydrotestosterone (DHT) and dehydroepiandrosterone (DHEA). In a 2014 trial on elderly subjects, long jack did just that. It increased the release of DHT, DHEA, and most testosterone and androgens, while suppressing and lowering amounts of SHBG.

In mainstream medicine, lowered testosterone is usually treated with the help of synthetic hormones. And yet, a powerful herb like tongkat ali may provide a natural and hopeful alternative for testosterone hormone replacement therapy—and is even recommended as such according to the results of yet another 2014 international study.

Dealing with infertility and low testosterone can be one of the most frustrating and stubborn issues to deal with in male health.

One of the reasons why: female hormones, especially estrogen, which block the effects of testosterone. While estrogen can be incredibly helpful for function in both women’s and—yes—men’s reproductive health as well, too much estrogen can interfere with testosterone being able to function to its full potential.

This can be a problem for men. No matter how much they try to boost their testosterone, it won’t do much if estrogen levels remain obstinately high.

Amazingly, this is another aspect of men’s health that tongkat ali is exceptional at handling. In a 2010 study, use of the herb among rat subjects was seen to suppress the effects of estrogen, and especially when estrogen was abnormally high.

For problems in reproductive health that involve too much estrogen (and not enough testosterone), tongkat ali may be the perfect hormone balancer.

Low testosterone and poor fertility have their own tangible effects on health. But when reproductive dysfunction in men happens, there are the more enjoyable and pleasurable aspects that can be missed out on—namely performance, energy, vitality, and endurance in one’s love life.

Thankfully, tongkat ali has plenty of perks in this aspect of reproductive health, too. A 2012 study on male human test subjects compared the effects of this Asian herbal remedy to those of an inactive placebo and found some interesting results.

On all measured points—including quality of love life, reproductive function, energy, performance, stamina, and sperm quality—long jack far surpassed the placebo, and was also deemed a safe remedy in the process.

If actual fertility and function is not the worry, tongkat ali can also fix up and support the less tangible—but more enjoyable—aspects of men’s health, especially as men age.

WHAT MORE CAN IT DO?

While today tongkat ali is best known for its support of men’s reproductive health, the Asian herb was historically also used for so much more.

With modern research continuing on the botanical remedy into this day, there are plenty more uses for it beyond men’s health that all types of people can benefit from—and for many other wellness purposes too.

In addition to rejuvenating youthful levels of testosterone in men, the same 2013 sports medicine study documenting this also found an interesting result.

While testosterone went up in test subjects, cortisol levels went down. Cortisol is classically known as the stress hormone, which is produced by the adrenal gland and can be heightened during times of extreme stress or even stress burnout—such as in conditions like adrenal fatigue.

The effects of too much cortisol can cause a domino effect of negative health throughout the body, and not just in reproductive health. Some of these effects include constant fatigue, cognitive difficulties, low energy, digestive issues, and more.

But if cortisol levels can be lowered—such as when using tongkat ali—symptoms of too much cortisol can be relieved if the stress hormone is directly lowered.

In effect, tongkat may also be a great support for stress or anxiety, and even depression in conjunction with common male health issues.

Another potential health issue as men (and women) age: diet. A poor diet, especially one high in processed foods and sugars, can increase one’s chance of diabetes.

This is due to the body losing its natural ability to regulate blood glucose. Tongkat ali has demonstrated in studies (and has been cited in reviews, including this 2016 review of the herb) to be able to help control blood sugars.

If taken daily, long jack may help reduce the chances of the development of type 2 diabetes, or help with its management. And since type 2 diabetes is also known to have a hand in affecting male health for the worse, this is just another quality making it a great candidate for men’s health overall.

PROTECTS AGAINST CANCER – INCLUDING PROSTATE CANCER

Last but certainly not least: tongkat ali may help reduce the chances of the onset of prostate cancer, much like grape seed has been shown to do.

The same 2016 review of long jack for reducing the chances of diabetes also mentioned several studies pointing to anti-cancer activity in the plant. This includes studies where it reduced the chances of the proliferation and spread of cancer, killed cancer cells, and even triggered cancer cell death.

With prostate cancer being the most likely cancer men will experience, tongkat ali can also give men peace of mind for their long-term health, while helping them cope with the more short-term symptoms. 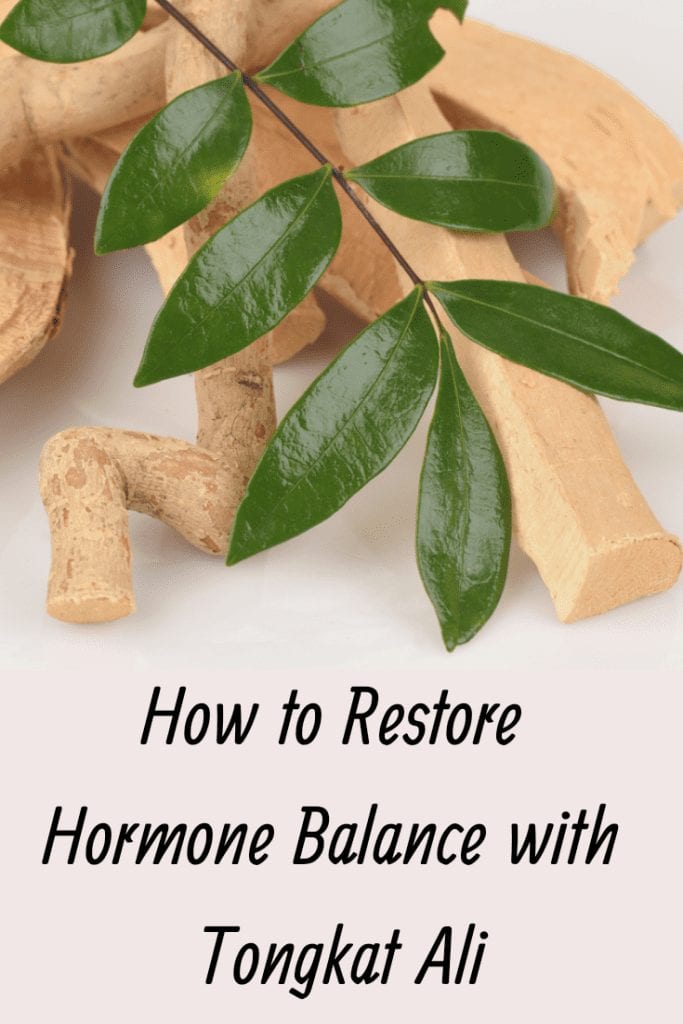