The Purifying Benefits of Activated Charcoal & Why It Works!

Some of the most inconspicuous things in nature also hold the most amazing healing secrets.

One of the greatest examples of this: activated charcoal. Hundreds—and maybe even thousands—of years ago, this simple natural remedy was found to have many uses to help keep the body in tip-top shape.

What more, the substance has held such promise throughout the years—and gained support from so many medical studies—that its use is even incorporated in emergency rooms, ambulances, and hospitals all over the world. It is also named one of the most essential medicines in the world according to the World Health Organization, as of 2015.

Why? Because it works!

Today, people are becoming more and more familiar with activated charcoal, and it’s almost become a household name. Charcoal is truly an easy-to-access, virtually 100% safe supplement that one can use at home for various purposes—and with the peace of mind to know that it really works. 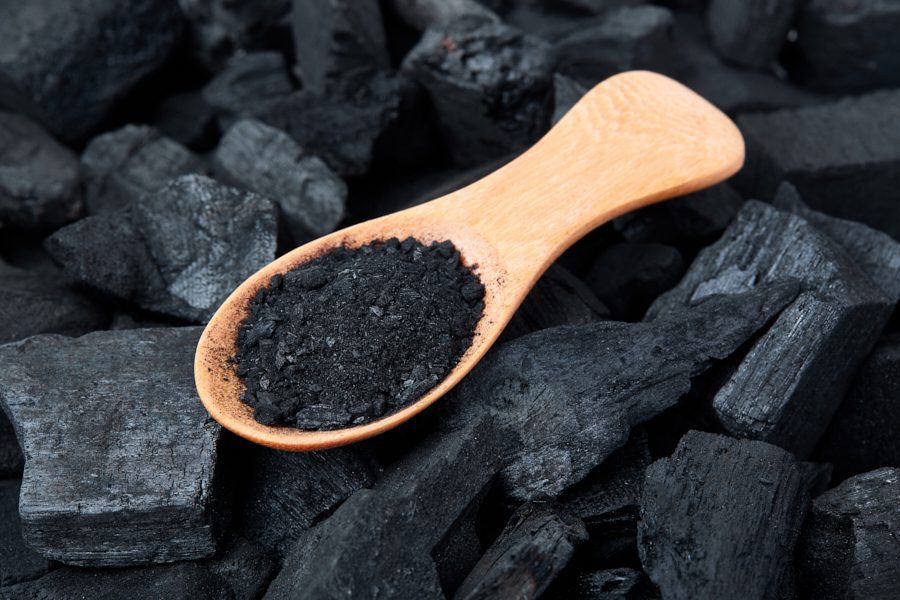 ACTIVATED CHARCOAL: WHAT IS IT?

Just as one would expect, charcoal is a black substance, essentially the very same charcoal one would burn for grilling or to supply power and energy as a fuel.

However, charcoal for health is different. It’s processed down to a powder and is either used raw or sealed into capsules for convenient use.

A common question: how is charcoal “activated” exactly? And what does it mean?

Charcoal for health purposes is activated via an intense heating process. This changes the carbon molecules inside charcoal while increasing molecule surface area, which makes it a more effective remedy than typical charcoal.

Before it becomes a concern where charcoal comes from: most of it is manufactured from completely safe substances that, in their own raw forms, are safe to consume.

Some examples are coconut shells and even olive pits, which are common byproducts of natural mainstream production, and then treated and turned into charcoal.

WHAT DOES ACTIVATED CHARCOAL DO?

Many of us are acquainted with charcoal as a health supplement because it has grown so quickly in popularity. The rest of us, at the very least, know what charcoal basically is because it’s so common: used for grilling, fuel, artistic purposes, water purification, and more.

But what does charcoal do for health exactly? For hundreds of years, this naturally occurring carbon black powder has been proven successful for a few staple things in the realms of wellness.

And how does it work? Its principal use is for internal consumption, where it acts as a highly absorbent and deterrent substance. For this reason, activated charcoal is of immense value to ailments of the digestive or gastrointestinal system.

Dave Asprey, health expert and owner of Bulletproof.com, discusses how activated charcoal works. “Activated charcoal is a form of carbon that has massive surface area and a strong negative charge,” says Asprey.

“Charcoal binds to chemicals whose molecules have positive charges…Once the chemicals attach to the charcoal, [people] can pass them normally (i.e. poop them out).”

Today, however, we know more about activated charcoal for health than ever before—and some of its uses (which are supported by science) are guaranteed to delight and a surprise.

In this modern age, we are a culture obsessed with detoxifying. And no wonder: today we deal with more brush-ins with synthetic chemicals, toxins, and other harmful substances in our diets and environments than ever before.

Activated charcoal’s ability to detoxify the body is one of the top reasons it has risen so quickly to fame.

A 2013 review from the Scientific World Journal cites charcoal’s successful use throughout history even for the use of detoxifying against mycotoxins, such as those inhaled from toxic mold and fungi growing within houses!

The same review also points to charcoal’s effects against toxins from bacteria as well, called endotoxins, which may cause gastroenteritis, intestinal infections, and more.

In fact, doctors today will opt for activated charcoal as a go-to method for dealing with all sorts toxins in the body, and administer charcoal internally to get rid of them via the digestive system in certain situations.

For those of us not dealing with any sort of acute toxins or infections, we can thus count on activated charcoal to give us very basic detoxifying benefits.

He concludes by saying that the removal of toxins, in turn, reduces joint pain, boosts energy, and can also increase cognitive and mental function as a result.

Much like healthy dietary fiber, activated charcoal has a binding, absorbing, and ultimately cleansing effect on the intestinal tract. While it cleans and detoxifies, on the one hand, it also has the ability to soothe tissues on the other.

The result? Less digestive issues due to an unhealthy and inflamed gut. That means less embarrassing episodes with irregularity, gas, and flatulence.

Dr. Amy Myers even recommends charcoal for helping the digestive system get back on track after an unhealthy eating spree.

“It’s best to increase water intake when taking either of these to avoid constipation, which will only delay healing.”

USED TO STOP POISONING AND OVERDOSE

While detoxing and digestive cleansing is one great layman’s use for charcoal, doctors and health professionals will take use of the substance a step even farther than that.

In fact, activated charcoal’s original use in ancient times was as an antidote for poisons. Today, that use is continued in mainstream medicine.

This even includes poisoning and overdose from medications. In this 2014 study on apixaban—a potentially harmful medication—use of activated charcoal slowed, stopped, and enhanced its elimination after overdose or accidental consumption, even 6 hours after it happened.

Evidence like this proves that charcoal is powerful enough to bind to and absorb chemicals that could even be lethal—that is, if it is administered within an hour or two after poisoning or overdose, according to this 2010 review of charcoal for stopping poison.

Studies like this are evidence that charcoal is a truly unmatched cleanser and detoxifier, but it should not be flagrantly depended on to prevent poisonings.

Says Axe: “In the event of poisoning, call 911 immediately. Proper dosing is imperative.”

“According to the University of Michigan Health System, 50 to 100 grams (not milligrams!) is used in cases of poisoning in adults and 10 to 25 grams for children.”

CAN CURB THE EFFECTS OF ALCOHOL

While not as effective as with some medications and other substances, activated charcoal can also help deal with the impacts of alcohol, as well as alcohol poisoning.

Studies show (particularly this one in 2010) that they can help with the elimination of alcohols and ethanols, though not as effectively as other substances. Still, this makes charcoal somewhat effective against the health impacts of drinking, as well as for preventing hangovers, according to this 2015 review.

Josh Axe says about charcoal and alcohol: “When activated charcoal is taken at the same time as alcohol, some studies show it can significantly reduce blood alcohol concentrations.”

He continues: “…activated charcoal is administered in some situations related to alcohol. This includes if the individual is unconscious or showing signs of acute alcohol poisoning.”

Of course, make sure to call 911 first if dealing with any sort of serious alcohol poisoning—don’t solely depend on activated charcoal.

GOOD FOR THE KIDNEYS

Here’s more good news for some more overlooked parts of the digestive system: consumption of activated charcoal can be great for the kidneys. After all, the kidneys are one of the body’s major detoxifiers, along with the liver.

A 2013 study on kidney disease found that use of activated charcoal brought the kidneys back to normal function as closely as possible. It did this by absorbing endotoxins that the kidneys had missed, reduced oxidative stress in kidney tissues, and also curbed inflammation in the organs.

While this by no means makes charcoal a cure for kidney diseases, a supplement could help keep the kidneys functioning healthily, while also acting as a bonus support for serious illnesses and complement to official treatments.

SOME OTHER BENEFITS OF CHARCOAL

Activated charcoal is best known as a digestive cleanser and detoxifier, but that’s not all that it’s limited to. Consider using it for some of the following minor health issues.

Since charcoal is an excellent absorbent, people have also used the substance for oral health.

He adds: “If you have crowns, caps or porcelain veneers, it’s possible that activated charcoal will stain them. In addition, if your teeth become sensitive, quit using it.”

Not only can charcoal purify the body within—it can also purify water from without before it even enters the digestive tract. A 2010 study found that activated charcoal was even capable of purifying water of commercial pesticides.

Another study later in 2012 compared charcoal’s filtration properties with bark, sand, and foam filters, and found it to be one of the far superior choices for removing pollutants out of greywater.

The results: charcoal is capable of filtering out surfactants, elements, and even bacteria from water and so much more. Today, this science is the very reason why so many people favor charcoal water filters in their homes for better health.

Surprisingly, activated charcoal could be a healer in a very different way than detoxifying. Instead of looking at its purification properties, some studies are investigating its potential as a wound healer and sterilizer!

This 2010 article explored its wound healing potential and found that—when combined with silver—charcoal could indeed help heal wound healing while reducing the chances of infection. It was thought that it did this by absorbing bodily fluids and naturally occurring toxins that prevented healing from taking place.

While more studies are needed, this makes charcoal a very intriguing alternative to antibiotics and traditional wound-staunching approaches.

WHAT SHOULD I CONSIDER BEFORE TAKING CHARCOAL?

The most amazing thing of all about activated charcoal? It’s practically 100% safe when used at home for simple health purposes.

Always take care to increase water intake when supplementing with activated charcoal. The substance may increase the chances of constipation, though staying plenty hydrated will help prevent this.

Because activated charcoal is so supremely absorbent, it’s not likely to just absorb alcohol, harmful substances, or toxins—it can also absorb helpful supplements and medications taken.

For this reason, don’t take activated charcoal at the same time as supplements and medications. It will very likely interfere with absorption, so space it out when taking medications and other supplements: give it about an hour before or after taking charcoal.

This will give important medications plenty of time to be absorbed without being interfered with. 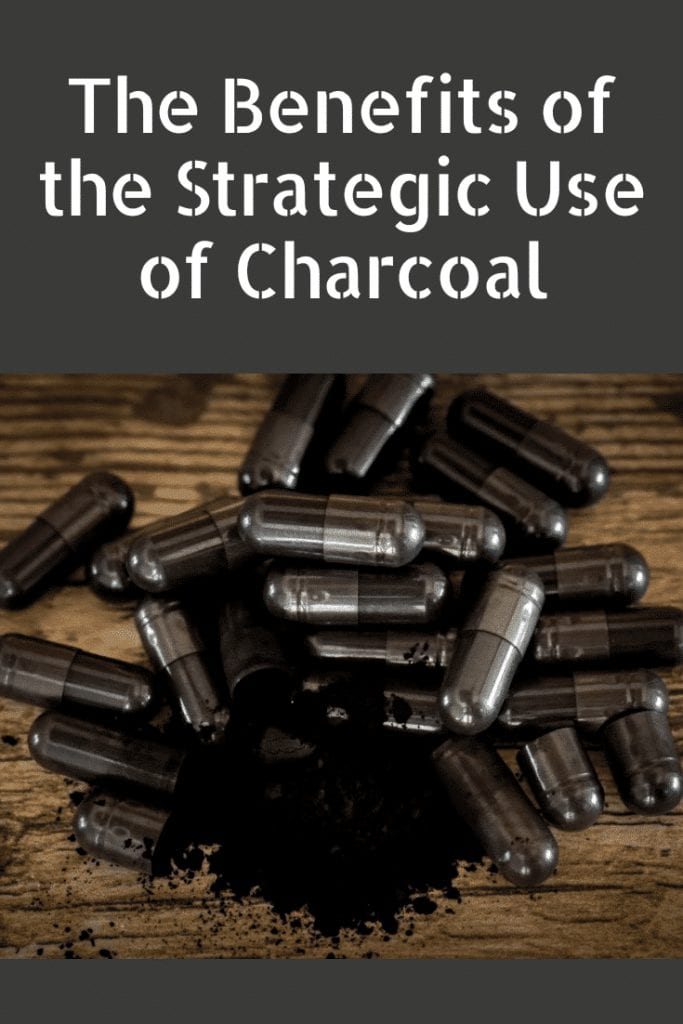 Janette Hope (2013). A Review of the Mechanism of Injury and Treatment Approaches for Illness Resulting from Exposure to Water-Damaged Buildings, Mold, and Mycotoxins. The Scientific World Journal Vol. 2013 Retrieved from https://www.hindawi.com/journals/tswj/2013/767482/abs/ 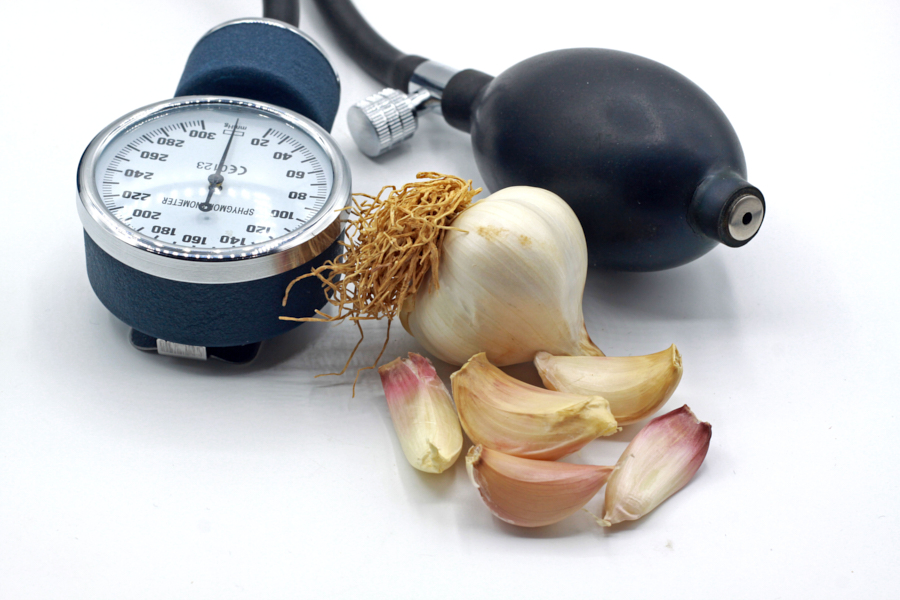 There are superfoods, and then there are real superfoods. Despite what the health mainstream media focuses on, the foods that are so often highlighted tend to come and go quickly—either debunked, a passing fad, or simply …