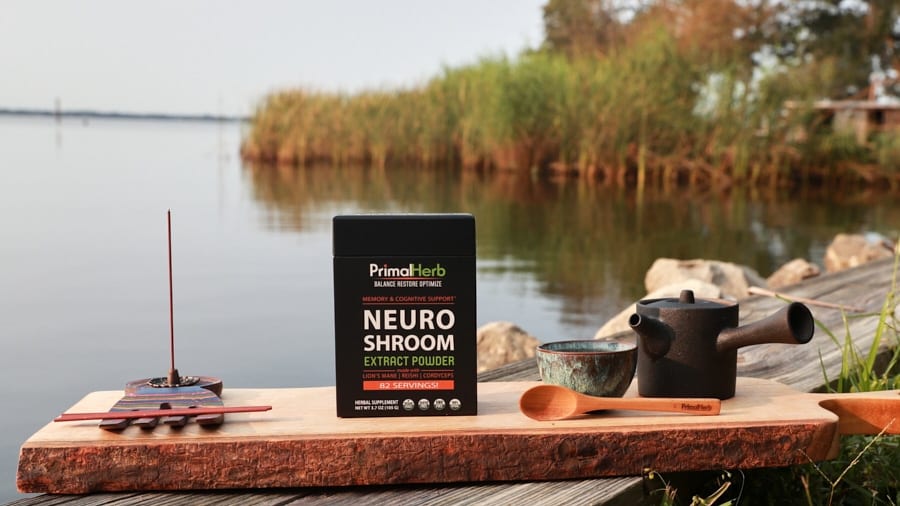 ✓ Helps to pump up short-term memory and stop forgetfulness*

✓ Helps to put an end to brain fog, mental fatigue, and burnout*

✓ It helps the brain to Focus (flow state) resulting in higher productivity.*

✓ Helps to shield the brain against the cognitive decline of aging*

✓ May help to ease symptoms of mental health and mood disorders*

✓ May help to provide neurological support*

✓ Helps to soothe inflammation and oxidative damage of brain and nerves*

In Addition to the above Product Name, I also have been using daily since February of this year, Neuro Regen, and CARDIO BLD-FLOW. All product use has been approached by me with a positive and optimistic attitude. I will continue to use with faith in the Mycelium approach to better health.
Thanks!

This is an easy way to get the best mushrooms and supplements in your coffee or tea, have given it as gifts too to grateful friends as have faith in these quality products. More energy, more cognition, we all need some of this these days!

Helps me focus on the mornings when mixed in my coffee or hot tea. Very surprised how tasteless this is in coffee or tea or an afternoon smoothie. Helps my work performance. Interested in trying other formulas.

Also known as the deer’s tail mushroom, hedgehog mushroom, lion’s mane has garnered more attention and research than all other fungi, particularly for its neuroprotective and neuro-regenerative properties.*

A recorded remedy from ancient Thai medicine traditions and TCM, Cordyceps has a strong reputation for being an energy-enhancing adaptogen for beating the effects of stress on the body – and protecting it from further stress in the future.*

Reishi, a hardy woodland mushroom, is one of the most researched and all-hailed immune-boosting adaptogens.* Though it is more famous for its interactions with the immune system to help modulate inflammation, this same effect may extend to the brain and nervous system as well.*

While not a mushroom, we’ve also added extract of a fascinating Japanese botanical, Huperzia Serrata, to our mix for supplementing these fantastic brain-boosting fungi. Known by its English name toothed clubmoss, this unique plant is a useful remedy in Traditional Chinese Medicine (TCM) and native to many parts of Asia.

Another non-fungus, Bacopa monnieri, goes by the English name waterhyssop, though it is more widely recognized as simply “bacopa” in the health world. In times long past and into modern-day, bacopa remains a potent healing remedy in Ayurvedic teachings and practice. 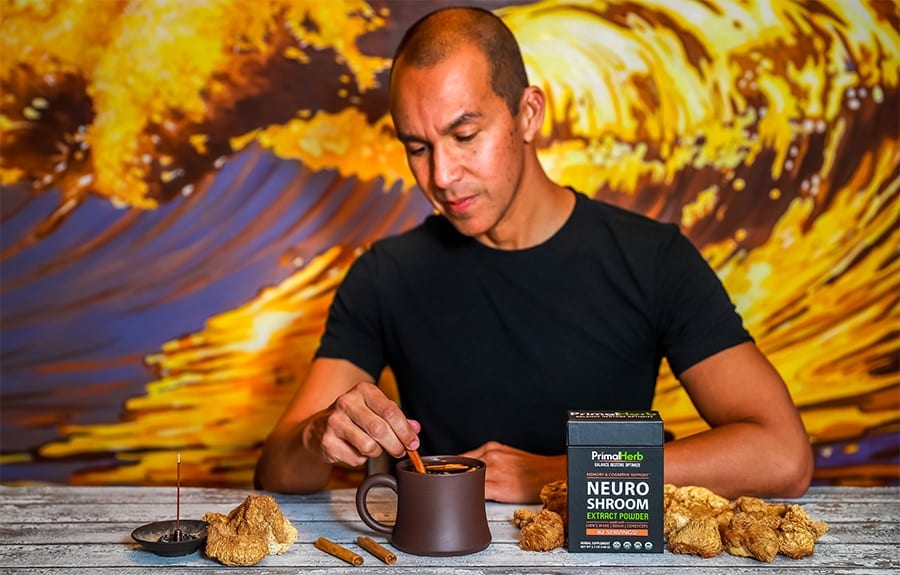 PRIMAL HERB ONLY USES INGREDIENTS THAT HAVE HISTORICAL USE AND IS BACKED BY STUDIES.