There are so many herbs and spices to choose from in the culinary world.

Vanilla, cinnamon, ginger, rosemary, and even cardamom number among some of these, each with unique and startling flavors that bring our favorite foods and dishes to life.

Not coincidentally, many of these flavorful spices and herbs also had healing uses before modern times.

Cayenne pepper, for example, was used among ancient peoples of the new world to stimulate and cleanse the blood. In Asian Ayurvedic practices, turmeric was a heal-all for many ailments such as colds and digestive disturbances, in addition to seasoning food with its flavors.

Every culture in every corner of the world developed its own unique cuisine and tastes over millennia, owing to the powerful herbs and spices they had available to them. Today, this diverse rainbow of herbs, flavors, and individual cuisines has spread all over the world.

However, none has established itself or spread quite as prolifically as black pepper, which has found its way into practically every cuisine in the world.

Not only that: black pepper also claims some of the most amazing health benefits of any herb or spice. Its uses are also supported by science, and not just historical use.

Discoveries of its properties also reveal that it could have some astounding impacts on how well we absorb our nutrition. Coincidence? Not likely!

BLACK PEPPER: ONE OF THE MOST COMMON SPICES IN THE WORLD

Though this spice has found its way to almost every country in the world, where did it originally come from? What was it originally used for?

The pepper plant (Piper nigrum) is native to southeast Asia, and specifically parts of India. While its uses mostly had to do with improving the flavors of foods—especially meats—black pepper was also a folk medicine. It could help with toothaches and was believed to also dispel and soothe fevers.

Records show, however, that black pepper had the most important impact on digestive health in a multitude of ways. Whether it was for its medicinal uses or—more likely—its culinary benefits regardless, demand for the famous seasoning grew almost exponentially a few thousand years B.C.E.

Following that, black pepper was rapidly incorporated into the cuisines of the ancient Egyptians, Chinese, Greeks and Romans, modern Italians, and many, many others. As it grew in popularity around the world and became more widely available into the present day, more distance was created between its reputation as a strictly culinary spice and its folk medicine roots.

That is—until recently—when its digestive health and nutrition benefits were more closely examined in scientific studies and research.

JUST FOR FLAVOR – OR SOMETHING ELSE?

Back in the day, black pepper was better known as a flavoring spice. It’s still better known for that today, though probably not for long with how much it is being studied.

Unbeknownst to those who only saw it (or see it now) as exclusively a flavoring, the very same drupes of the pepper plant used to make black peppercorns had some very desirable medicinal effects.

Maud Grieve described them in her famous old herbal as having many healing properties, for example. Among them: soothing fevers, healing mouth ailments, and even helping with the aches and pains of arthritis.

But above all other uses, benefits to the digestive system were the most prevalent. Traditionally, black pepper was used to stop diarrhea, constipation, and digestive illnesses and infections. It was also a remedy for flatulence and nausea and was combined with other medicines when those medicines didn’t seem to work or get digested.

In Ayurvedic practice in India, its pungent spiciness made it a popular medicinal food, and a common addition to healing protocols for digestive issues especially. In modern times, however, many of us have forgotten black pepper’s medicinal roots.

Healing practices like Ayurveda have never forgotten black pepper’s benefits and still use it as both food and medicine today. Meanwhile science today is still playing some much-needed catch-up.

Unforgettable flavors and traditional healing uses have been attributed to black pepper over the ages. But what does science have to say about it?

Studies show that black pepper could help with the following aspects of health most of all:

Turns out the digestive capabilities black pepper showed in folk use also have a very real foundation in science.

That’s because constituents found in black peppercorns—the very same ones giving them that sharp, pungent taste—are responsible for a diverse list of beneficial effects on the digestive system.

This renders black pepper quite a powerful healing spice in many more ways than one. These effects are also cause for a huge stir in the world of health studies, with more and more research articles on black pepper and its compounds being undertaken every year.

But what exactly are the discoveries thus far? Let’s take a look.

As black pepper has been studied more and more for its health benefits over the years, the majority of its properties can be attributed to a single compound found within its “fruits” or peppercorns: a compound called piperine.

Piperine is the alkaloid in black pepper responsible for its trademark flavor. It’s also the cause for the inner workings of black pepper, as well as all its wonderful health properties.

The name “piperine” comes from the scientific and Latin name of the plant’s genus, Piper. While black pepper in and of itself can be potent for health purposes, extracting piperine from the peppercorns has become popular nowadays to get the spice’s effects in the most powerful, unadulterated, and potent form.

Using typical black peppercorns from the grocery store will probably have some similar benefits, though less intense than a piperine extract. Black pepper flakes, however, may have a much more diminished effect on health.

One of the most exciting discoveries about piperine: it stimulates the digestive system. More specifically: it has a way of stimulating good digestive secretions, and—at the same time—bringing a halt to harmful ones.

A 2013 review of black pepper and piperine found that the spice could specifically stimulate gastric secretions in the stomach by way of H2 histamine receptors. Meanwhile, a 2012 study showed that piperine could stop secretions that led to diarrhea—which was repeated in this 2015 study.

It’s a lucky thing the spice has such a desirable taste and a place in so many herbal and spice blends. Adding a pinch to foods or taking it every day could possibly have a balancing effect on the digestive system, studies suggest.

Further down the line, piperine may even be a useful treatment for bowel issues such as colitis, IBS, or IBD—though many more studies are needed before then.

Digestive secretions are just one important facet to healthy digestion—but there’s a lot more to it than that. Following up as a close second to secretions are digestive enzymes, which black pepper also appears to help.

Digestive enzymes are made up of strings of amino acids produced in the pancreas. We need digestive enzymes (in addition to digestive secretions) to break down very specific foods, especially fats, proteins, and starches.

2013’s review of piperine found that the alkaloid could help the pancreas stimulate the creation of more of these enzymes—namely lipase and amylase, enzymes needed to digest fats and starches correctly. Inversely, a 2011 study found that piperine could also stop their production when there were too many.

As with digestive secretions, piperine appears to have a balancing effect on digestive enzymes. More research is needed, but this could make piperine a great candidate for pancreas treatment and therapy one day—though not yet.

Besides helping the gut function optimally, piperine also appears to have some gut-protective properties. As an antimicrobial spice specifically, it can halt the growth of many kinds of damaging bacteria that cause so many problems and health issues.

Various studies on piperine have observed the alkaloid slowing the growth of that bad bacteria we know so well, particularly strains that cause disease and infection. A 2011 study found that it could block Staph bacteria, while 2015 brought research showing it could protect against E. coli.

Yet another study in 2016 saw piperine suppressing bacteria that could cause ulcers. What’s more, this compound could even be effective in stopping the development and spread of parasites, as seen in this study in 2012 and this review in 2015.

If digestion is in need of some cleanup and detox (in every sense of the word), black pepper or piperine may just be the perfect spice for the job.

Because piperine can be so good at keeping out harmful gut bacteria, it may naturally be of huge benefit to all the good bacteria in the gut at the same time.

We tend to overlook the gut microbiome as an important organ in our bodies. But apparently, the body contains far more bacteria than actual cells in the human body. As such, the importance of taking care of these bacteria cannot be stressed enough!

With the help of piperine keeping unwanted bacteria out of the digestive system, good probiotic bacteria are given a rich environment in which to thrive without the competition of bad bacteria. Eating the right foods too (such as beneficial dietary fiber and probiotics) also favors good gut bacteria over the bad.

When all the benefits of piperine get stacked up together, they pack one huge empowering punch to gut health. That’s because, in the end, all of piperine’s perks ultimately benefit the way that nutrients get absorbed.

Because piperine enhances digestive secretions, digestive enzymes, and gut bacteria health all in one, this makes it one of the very best supplements for boosting nutrient availability. The science is not just theoretical—studies show that it actually does boost nutrient absorption!

A 2016 study found that black pepper (with many other pungent herbs) boosted nutrient availability in animals, while also improving the way their digestive systems worked. In an earlier study in 2013, piperine was observed improving the effects of anti-cancer medications that were well-known to be difficult for humans to digest—all due to piperine’s help.

While more studies will eventually be needed, piperine—as well as black pepper itself—could be the wondrous digestion-enhancing herb we have all been waiting for.

By improving the way we absorb nutrients and strengthening digestive health, it could have an enormous impact on our overall wellness, and in ways we never previously thought imaginable.

FIND PIPERINE IN ALL OUR HERBAL FORMULAS

Astounded by the impressive benefits of piperine, the active ingredient of black pepper? So were we. That’s why we’ve included it in practically all our specially-formulated herbal supplement blends.

Studies show it may optimize the effects of our other star herbs, spices, and fungi, thus making the body more likely to absorb them, without missing a single benefit—and all while getting some digestive health perks thrown in the mix. 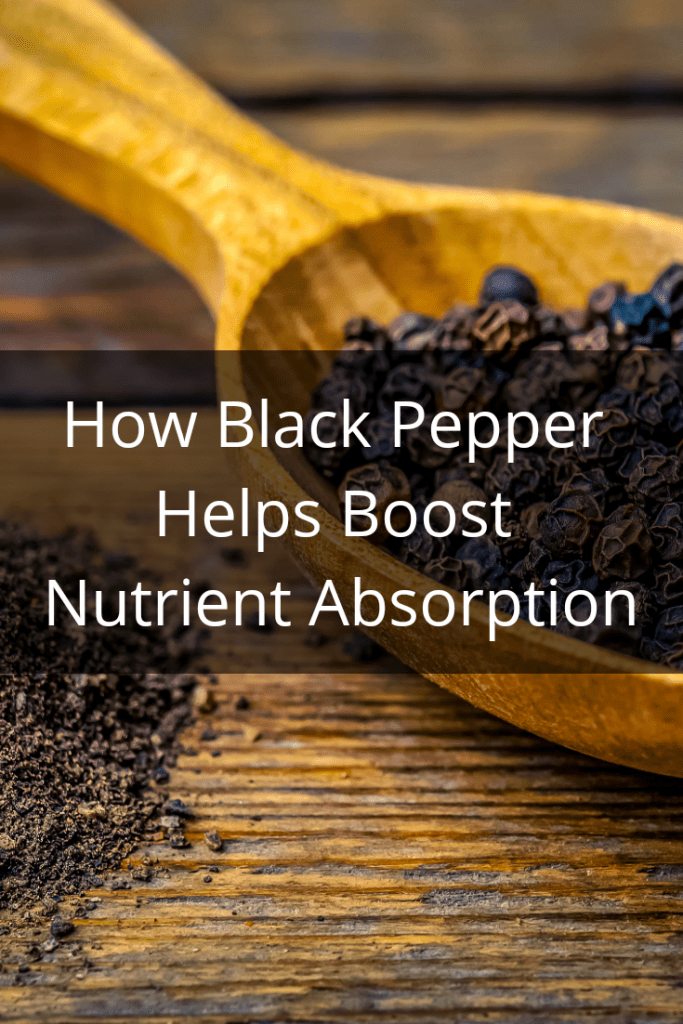 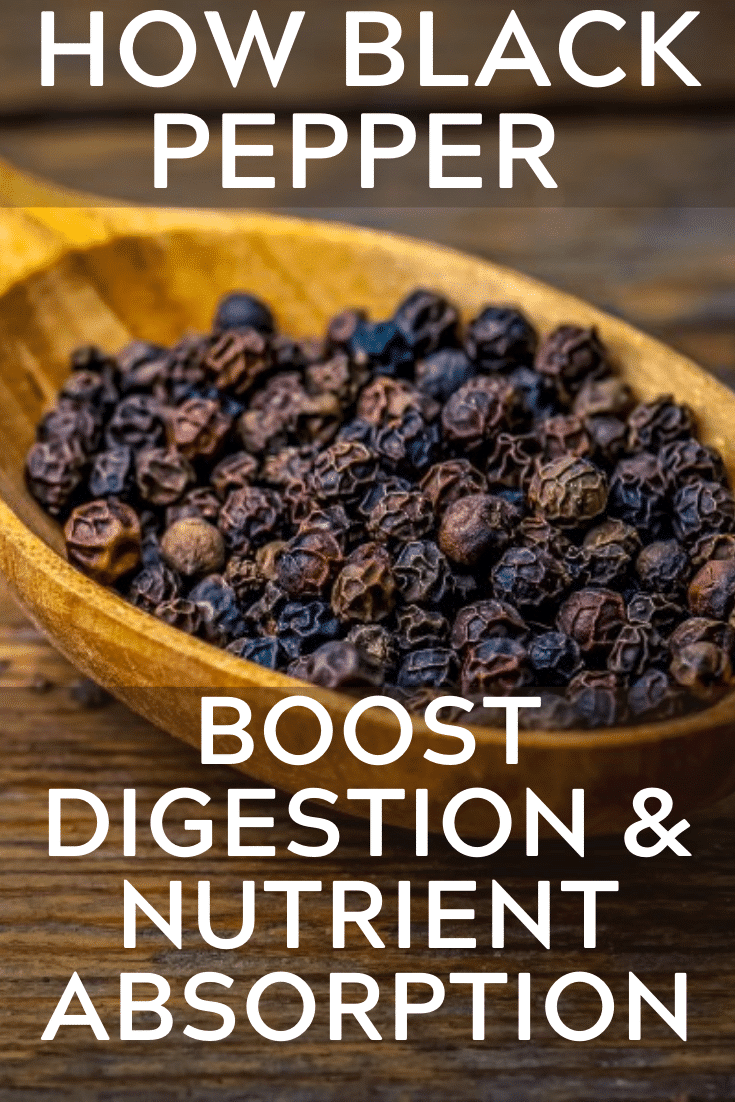 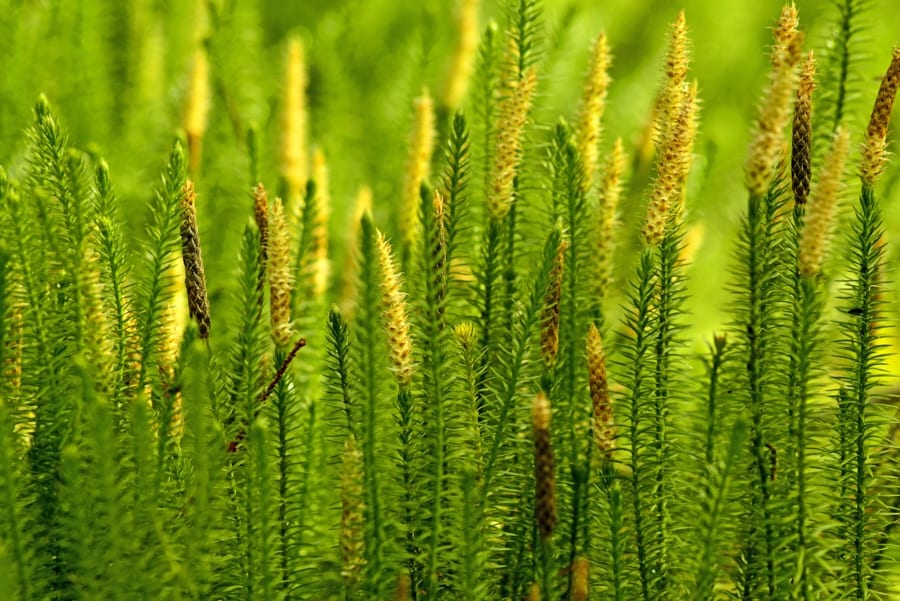 WHAT IS HUPERZINE A? Huperzine A is an alkaloid. It’s found in a particular species of Lycopodium, or clubmoss, one of the oldest and most prehistoric plant type groups in the world. It was the … 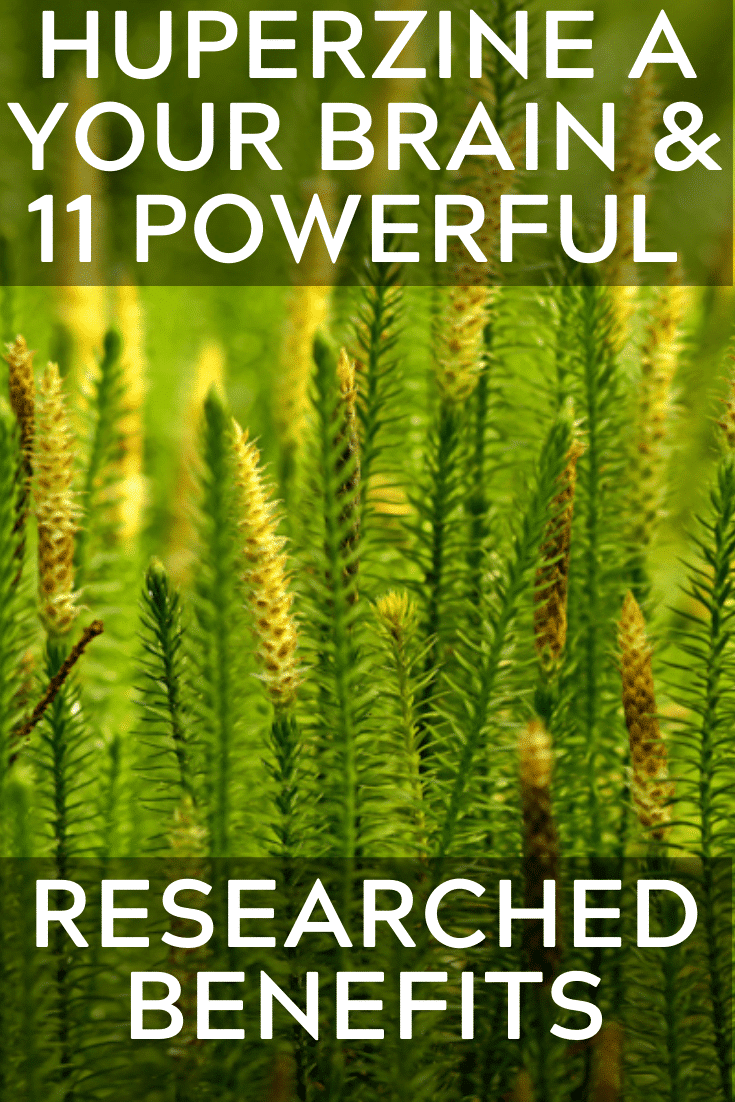 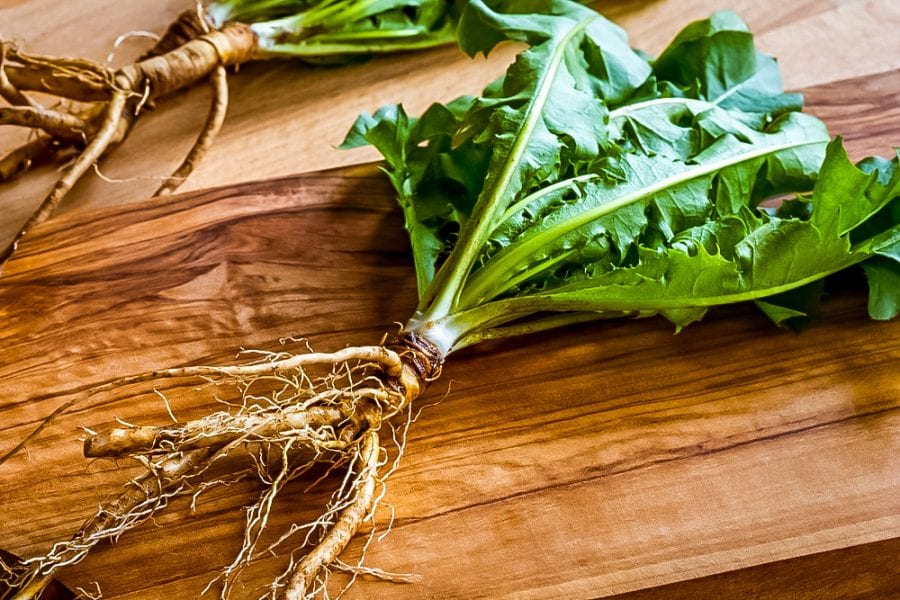 Protect the Kidneys and Strengthen Bones with Dandelion

When we think of healing botanicals, we might think of exotic, rare plants and fungi that only grow in secret little corners of the world. This is true in the case for some of these, … 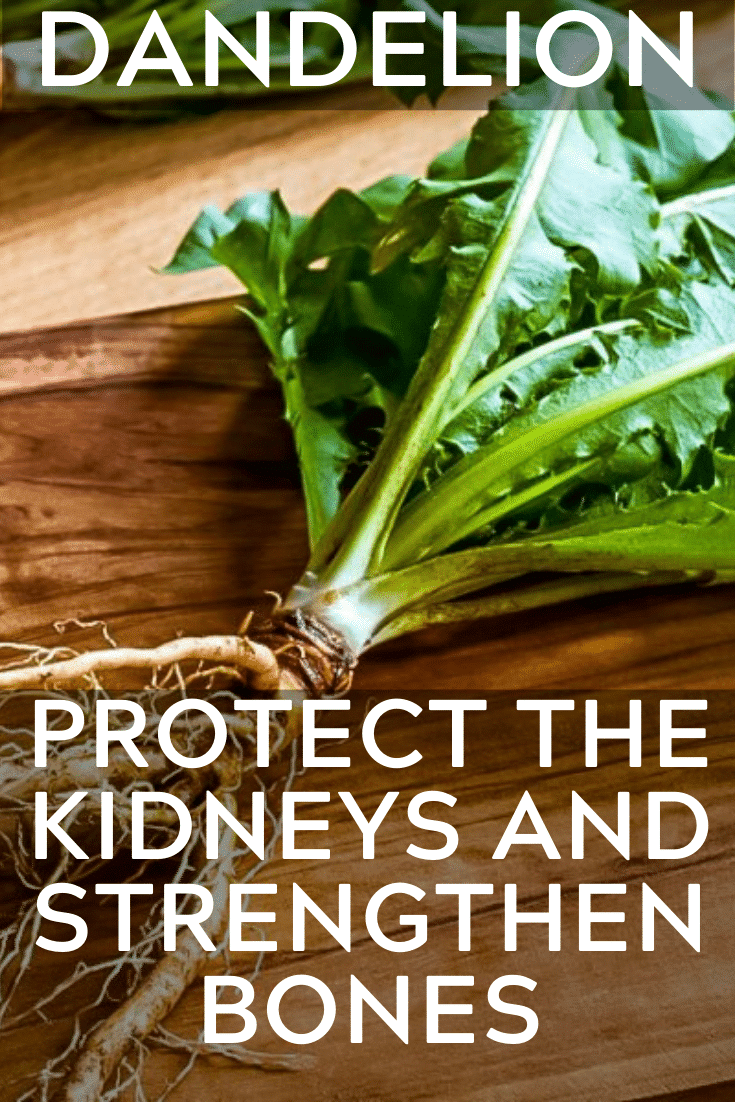 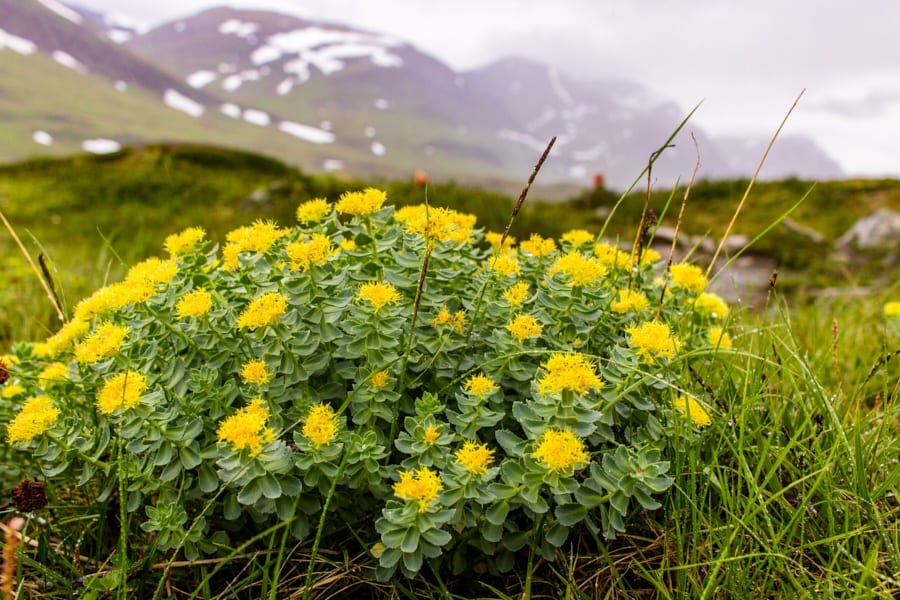 Adaptogens are powerful herbal ingredients that can have amazing impacts on health. In the grand scheme of things, however, the idea of an “adaptogen” is only a recent discovery. On the other hand, ancient knowledge … 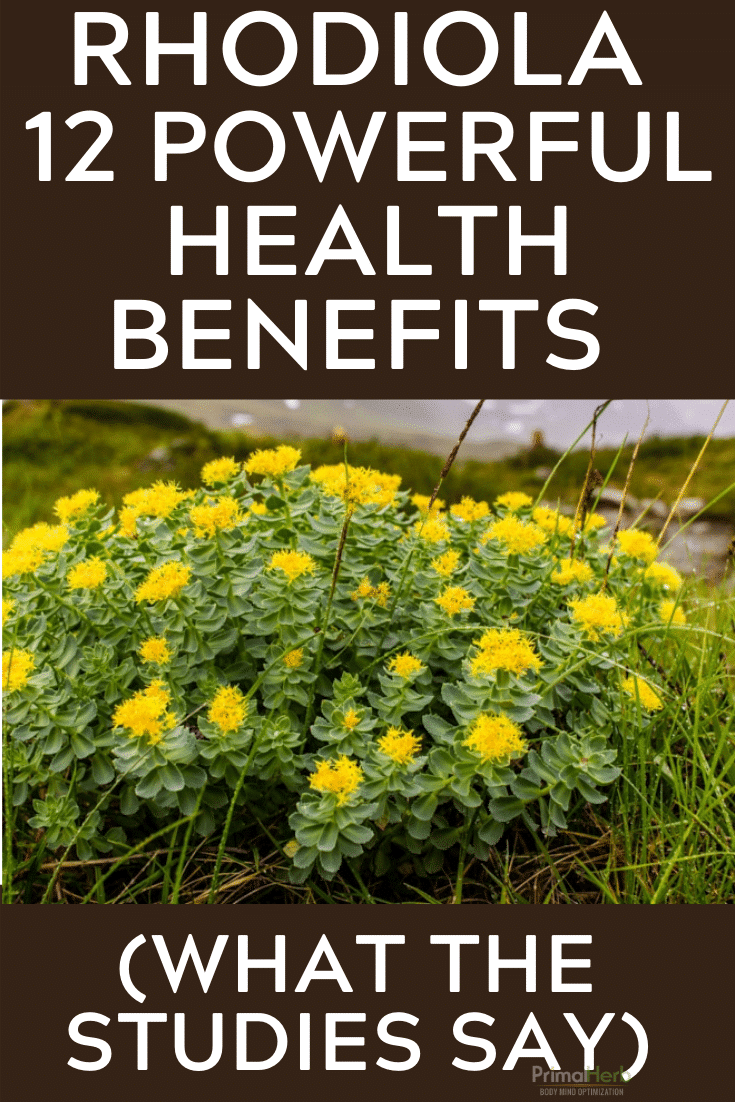