Ever heard of the herb Mucuna pruriens?

A TRADITIONAL PLANT OF AYURVEDIC PRACTICE

While mucuna has grown undisturbed and undiscovered by Western cultures for most of history, Asian folk medicine explored and established its own uses for the plant much earlier. As it turned out, the plant has a lot to offer.

A member of the plant family Fabaceae—and thus a relative of beans, peas, and peanuts—mucuna became a popular remedy in Indian, Bangladeshi, and Ayurvedic medicine starting in ancient times.

Ayurveda practitioners used it as an unrivaled nerve tonic, as well as an antidote for scorpion stings, an arthritis remedy, and to boost amorous energy. In Bangladesh, historical records show that the plant was used to increase sperm count and treat digestive ailments.

Today, science and research support that some of these folk uses could be upheld in modern times, while others don’t hold up so much.

In this article, we’ll explore the ones they do.

Mucuna, though not a world-renowned or famous herb, is truly unique and special in its own way.

It contains a naturally-occurring amino acid called L-DOPA (short for L-3, 4-dihydroxyphenylalanine) that acts quite a bit like a beneficial neurotransmitter, according to this 2012 review. In fact, L-DOPA is a precursor to dopamine, the classic neurotransmitter in the brain that triggers pleasure.

With a chemical composition like this, no wonder traditional healers found beneficial uses for it, especially for the nervous system. But it doesn’t end there.

Mucuna also produces naturally-occurring 5-HT, also known as serotonin, the neurotransmitter responsible for happiness and contentment in our brains according to a World Journal of Pharmacy and Pharmaceutical Sciences study in 2015.

With the ability to provide an all-natural alternative to synthetic sources of L-DOPA—and to also produce a natural source of natural serotonin and dopamine—researchers are seriously considering its potential as a competitive and naturally alternative anti-depressant, though of course, many more studies are needed.

What studies are out there so far on its stress-and depression-relieving properties are hopeful, however. A 2010 study of the herb on stressed and infertile men in their older years found that it helped manage stress. In 2014, a study on mice showed that the herb had visible anti-depressant like effects when they were subject to depression-inducing factors.

While nothing definite has been unearthed from this research, it certainly does hold probability as a natural nervous system tonic when more studies come down the pipeline to prove its safety and effectiveness.

Because of mucuna’s perceived effects on stress and depression, it’s not too far a jump to believe this herb may help restore some energy. After all, low energy and fatigue are common symptoms from the fallout of stress burnout or depressions. 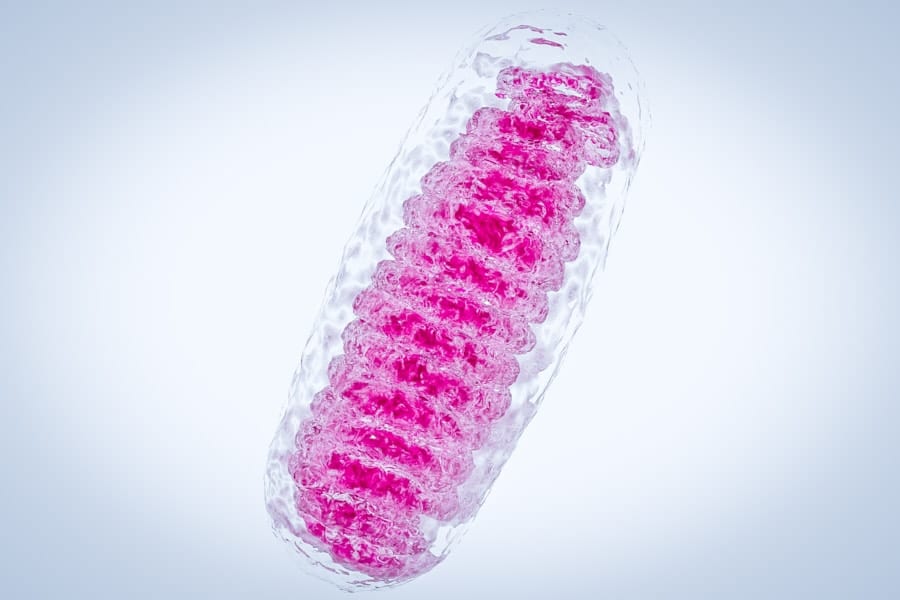 Interestingly, studies of mucuna have focused in mostly on energy maintained in the bedroom, so to speak. So far, results have been hopeful.

A 2011 study of infertile male men found that their energy levels were returning in their love lives with the help of mucuna. Some studies on animals too—such as this one in 2010—yielded the same results: better energy, endurance, performance, and overall satisfaction, within the bedroom and without.

In addition to mucuna’s use as a nerve tonic, its other most well-known reputation in ancient times was as a reproductive function-booster. In the present day, this may be one of the top reason this botanical is studied!

In particular, there is a lot of interest in how it may heal issues with male infertility. As mentioned earlier in the previous section, studies have shown that it may be a reason for infertile men recovering their reproductive energy in a 2011 study—and the catalyst for similar recovered energy in mice in 2010.

But research shows that mucuna could be a whole lot more directly functional beyond all that.

Various studies, including this one in 2013, found that mucuna could also improve the health of sperm, thereby boosting fertility in men, and not just energy.

IMPROVE FEMALE FERTILITY AND HORMONES, TOO

But what about for women? There’s good news on that front, too.

A 2011 animal study found that mucuna had very estrogenic-like activity and that it could also possibly create better hormonal balance and increase chances of conception in females.

While more serious studies are needed all around to really prove this true, such results hail back to the bean-like plant’s healing origins, suggesting that perhaps there really is something to its uses for boosting fertility and romantic energy—and not just in men, but in women as well.

Like other amazing botanicals out there, such as grape seed or even jiao gu lan, Mucuna pruriens is incredibly rich in antioxidants.

These come in the form of plant compounds such as flavonoids, phenols, and tannins. Together, these sorts of phytochemicals are thoroughly known to protect the body against oxidative stress, inflammation, DNA damage, and at a higher level, possibly even cancer or autoimmune diseases.

2012’s major review of mucuna, also known as velvet bean, noted that its constituents make it a free radical scavenger. More interestingly, the antioxidant action of mucuna may be what is responsible for its beneficial effects on fertility in other studies.

This 2010 study on animals, for example, research found that extracts of the Asian herb protected against oxidative damage on sperm in aged rats. While the benefits no doubt extend far beyond the reproductive systems of animals and—possibly—humans, protection against free radicals could make the plant an overall protector for the body, maybe even helping reduce the chances of the onslaught of certain major illnesses.

And who knows—maybe this makes it a helpful ally, along with other herbs, to slow the health changes that come with aging, too.

HELP REDUCE THE CHANCES OF DIABETES

Antioxidants do a lot of stuff: the major things they do are helping reduce the chances of DNA deterioration and damage, suppressing harmful chronic inflammation, and keeping things at a cellular level functioning smoothly and normally.

However, there is some direct research on mucuna’s anti-diabetes potential. A 2011 study on mice found that the botanical’s antioxidants were so powerful that they could potentially be explored as a new natural source for anti-diabetes medication.

Blood sugars were naturally lowered, and even metabolism was increased, which encouraged weight loss in subjects. In 2012’s major review of mucuna, the botanical was further described as being able to also lower blood pressure, which can, in turn, reduce at least one risk for cardiovascular disease.

While this is still a far cry from claiming that mucuna could even fully prevent, treat, or cure diabetes or other major illnesses, the research is nevertheless a testament on how potent its antioxidant compounds truly are.

Herbs and natural remedies have gained a lot of attention in past decades for some rather startling neuroprotective potential. Meaning: they may protect neurons on top of strengthening the nervous system, thus improving memory, and reducing the chances of neurodegenerative diseases, like senility or Alzheimer’s as a result.

Most of the main contenders in this category are medicinal fungi, such as cordyceps, chaga, and especially lion’s mane. But some flora are stepping up to the plate in the world of nootropics, too—and mucuna is no exception.

Beyond being a dopamine neurotransmitter, mucuna’s L-DOPA amino acid has shown to have excellent neuroprotection potential.

In combination with the plant’s antioxidant content—which can also protect neurons—research continues to explore mucuna in the hope for it being a key to healing various neurodegenerative diseases, as this makes it a force to reckon with.

What more, some research argues that whole extracts of the entire plant, however—and not just its L-DOPA—could be more effective than the synthetic L-DOPA alone for Parkinson’s in a 2015 research article, though more research is needed.

Despite such amazing research, certainty that mucuna can reduce the chances of, treat, or even cure Parkinson’s is of debate today. Still, the neuroprotective evidence fueling one side of the debate is intriguing about its healthiness. 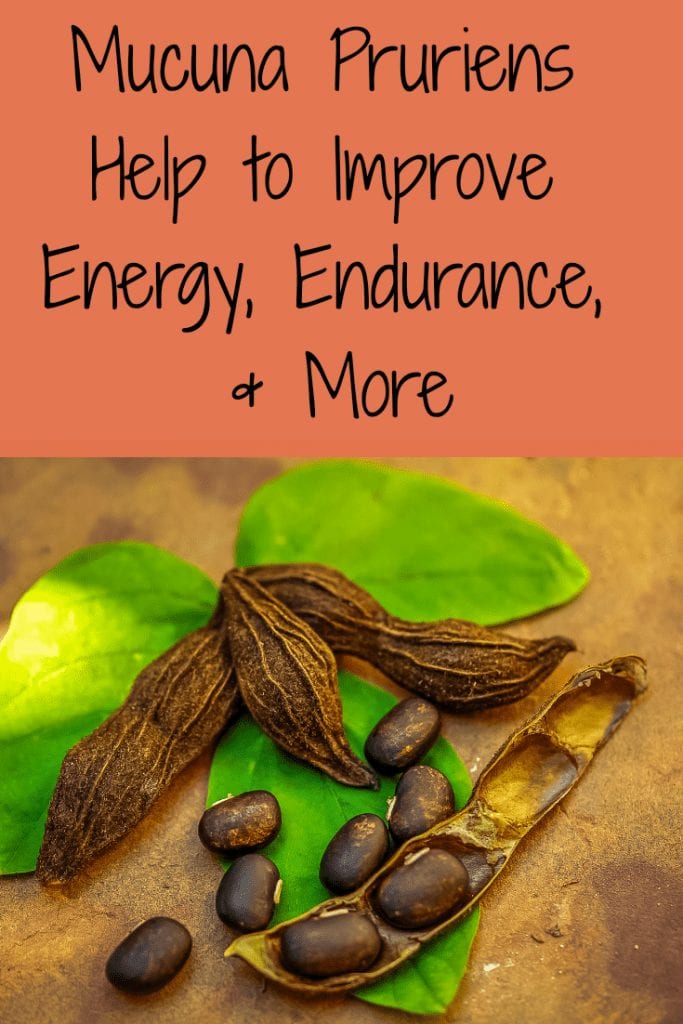