The Importance of Early Morning Sunlight You Need to Know | PrimalHerb.com

The Importance of Early Morning Sunlight You Need to Know

Love sunbathing? Like stretching out on that beach or porch to catch some warm summer rays?

Beyond just getting that tan, there might be something more to sunbathing—namely, invaluable health benefits.

And while a little sun-basking in the middle of the day—or even on a sunny late afternoon or evening— gives the solar health perks each of us seeks, there is some fascinating science indicating that the light of the morning sun may be the best sun to seek of all.

THE BASIC HEALTH BENEFITS OF SUNBATHING

It’s true that there are some hazards to sun exposure.

Too much ultraviolet (UV) rays can be harmful. We may get melanomas or skin cancer if we’re not too careful.

Still, this very same sunlight is a necessity for good health. As the famous health adage goes: everything in moderation. And sunlight is NO exception.

In moderate amounts, exposing our skin to sunlight on a regular basis—especially a daily basis—can have numerous and immense benefits on some surprising facets to our health.

And yes: these are only possible if the skin is exposed WITHOUT sunscreen for a limited period of time.

But what are these benefits? And how do they work?

What more: why is getting that sun in the morning better than any other time of day? Let’s take a look.

When bare skin gets exposed to sunlight (without sunscreen), amazing things happen. Pigments in our skin, called melanin, absorb the UV rays from sunlight. These are stored, processed into new hormone-like compounds by the liver, and then used for important bodily functions later. 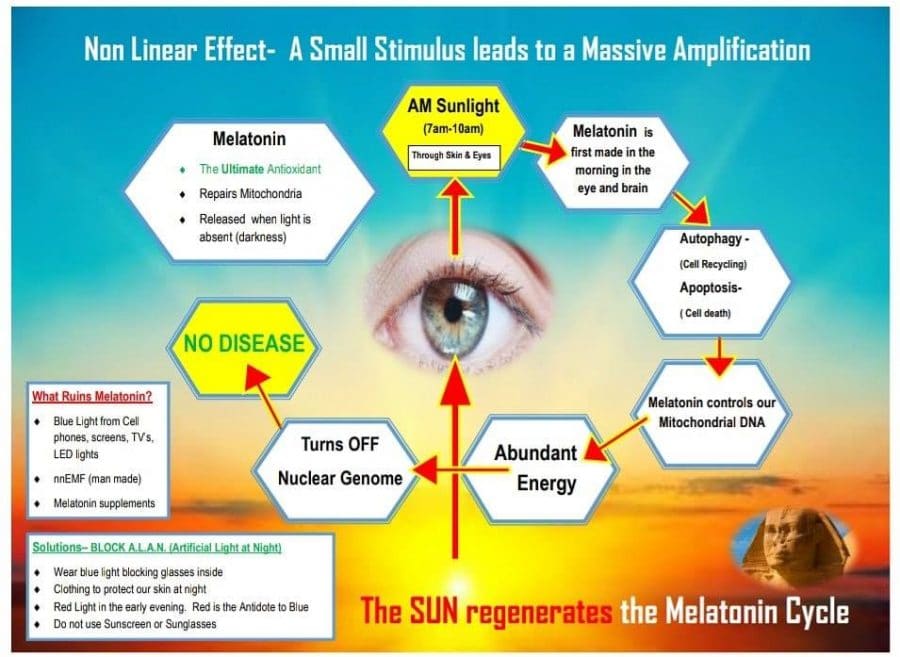 Some of these functions are:

While we can get this vital vitamin from food (sources like meat, some mushrooms, or fortified milk, grains, and supplements), what we get is incredibly small compared to what we get from sunlight.

Our skin when exposed to sunlight also produces a much more effective analogue of vitamin D: vitamin D₃. This vitamin D version has much more far-reaching effects on the body, including:

…and so much more.

That’s not to say that vitamin D₂— the other form of vitamin D only found in foods—doesn’t have the same benefits. It does, but people won’t get nearly enough of the benefits just through food consumption alone.

All the more reason to get a morning sunbath into that routine! Basking in the sun will create an enormous amount of the body’s overall needs, while also making the more effective version of vitamin D much more available.

And doing it in the morning is key—though we’ll get to that later.

Sunlight exposure is often associated with an increase in cancer risk. On the other hand, studies have shown that too little exposure can also be a problem.

A 2008 review of sunlight’s benefits to human health noted two studies showing that adequate vitamin D₃ exposure helped reduce cancer risk. While avoiding too much sunlight and sunburns, in particular, is wise to keep skin cancer away, realize that getting a little bit—such as in a morning sunbathing session—is also important to cancer prevention, too, on the other hand.

In the same 2008 review, a collection of studies also drew a connection between sun exposure, vitamin D, and many common major illnesses.

When getting ample vitamin D via sunlight exposure (especially in the morning), it’s more than just “taking a vitamin:” it could be, in effect, strengthening health and wellness overall.

And it could be one of the easiest and most simple ways of taking a vitamin out there—and at no cost, with zero side effects.

MELATONIN AND THE CIRCADIAN RHYTHM

Beyond vitamin D, sunlight exposure is responsible for another hugely valuable aspect of health: the circadian rhythm. More specifically, it most certainly holds sway over our waking and sleeping cycles.

A 2013 report drew many connections between sun exposure and the circadian sleep cycle—namely, the body’s natural ability to procure feelings of sleepiness and wakefulness at the right times (night and day).

It was found that when subjects were exposed to more natural light (sun) compared to artificial light, they had an easier time feeling sleepiness and going to sleep at night, thus helping regulate sleep, while also feeling more energized and wakeful in the morning.

Clearly, some sun exposure has benefits to telling the body when to correctly produce melatonin for proper, restful sleep. Grabbing a bit of that morning sun for a vitamin D boost can also apparently help with sleeping habits, which also cash in amazing turns for health overall.

Certainly not its smallest feat (though important nonetheless), sunlight exposure appears to have minor impacts on the endocrine system.

Some evidence shows that sunlight directly stimulates the production of endorphins in the body which help improve mood while alleviating stress and anxiety. On an even deeper level, it also releases hormones that reduce free radical damage, which in turn further reduce the chances of inflammation, autoimmunity, and even cancer.

While more studies are needed to explore these capabilities caused by sunlight, it does shine a little ray of hope on those of us looking for simple, straightforward ways to boost health and wellness. 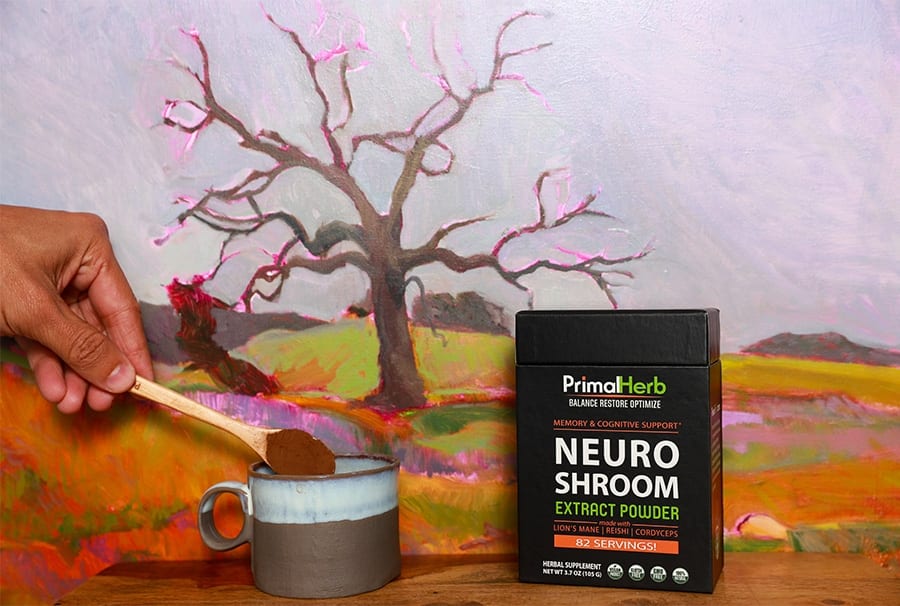 The scientific votes are in: sunlight, in the correct doses, is very good for health.

What more, science is starting to realize, however, that MORNING sunlight may be the best of all, especially when it comes to improving mood and feelings of well-being.

But breaking that news can be a real head-scratcher: how is morning sunlight any different from that in the afternoon or any other time? Take it from Dr. Jack Kruse, famous neurosurgeon and CEO, and a longtime proponent of morning sunlight versus other times of day in his recent 2017 article.

Kruse says: “Sunlight releases a[n] opiate (ß-endorphin) when we are exposed to the sun. Guess why nature did that? Could it be that she wanted us going in the sunlight often for its healing powers?”

“…It turns out that the combination of [ultraviolet] and [infrared] solar light humans are designed to get in the AM also pre-treats the skin to lower inflammation. The fact that [UV] light induces a small opiate response tell us nature is trying to get us to come out into the solar light in the morning.”

Kruse also observes that both UV and infrared light are the most plentiful together in the AM (between 8 and 10 AM). Also, infrared helps enhance the absorption of UV rays in a healthy way—as opposed to one being overloaded and sunburnt when sunbathing in the middle of the day.

He adds later: “The fact that [UV] and [infrared] light in AM sunlight work in unison to create this circumstance says something very deep about sunlight importance…. mood will be altered by a chronic lack of AM life.”

An earlier 2011 article on LiveScience.com also referenced a study on mice showing that tumors and melanoma were less likely to develop when UV exposure happened in the morning.

What more, a 2008 study that was referenced in 2014 says that people who were exposed to more blue light (closer to UV rays) in the morning had an easier time getting to sleep (and having more restful sleep) compared to those who were exposed to periods of UV rays later in the day.

Again: it all attests to the benefits of a little morning sunshine!

BUT HOW MUCH SUNLIGHT IS NEEDED?

The best time of day—morning—is established scientifically as the optimal window for getting some sun for health benefits, and without the increased risk of skin cancer.

But the next question looms: how much is adequate? How much isn’t enough? Too much? What is the sweet spot of sun exposure that doesn’t increase cancer risk in turn?

This question is particularly posed when pondering how much sunlight produces adequate vitamin D in the skin. According to the Vitamin D Council, there isn’t an exact science or way to know how much each person will produce, though it can be roughly estimated according to skin color.

The fairer a person is, the quicker they meet their vitamin D needs when exposed to the sun and will typically only need about 10-15 minutes of exposure. For someone of darker complexion, they’ll need to spend a little more time to get the amounts they need—sometimes as long as 2 hours.

Every person is different. But for the average person of median skin complexion, 30 minutes to an hour in the sun without sunscreen will create adequate amounts of vitamin D. Morning exposure might have to be a little longer than this due to less sunlight intensity than midday sun (10 AM to 3 PM, as recommended by the National Institutes of Health.

What about the other benefits of sun exposure, such as increased endorphin production, circadian rhythm benefits, optimal melatonin levels, and general chronic disease prevention?

Unfortunately, there aren’t any studies that narrow down these numbers exactly yet. But, generally speaking, if a person pursues their daily morning vitamin D sun exposure, they’re likely to get all those other same benefits in that exact same sunny window of time.

BASK IN THE GLORIOUS HEALTH BENEFITS

Next time there’s an urge to get that tan, don’t wait until midday or afternoon to nab that golden (and sunny) opportunity!

If we become early risers and save it for the morning time instead, our bodies will thank us. Science clearly shows that health benefits could be part of the deal and that it will also reduce cancer risks. 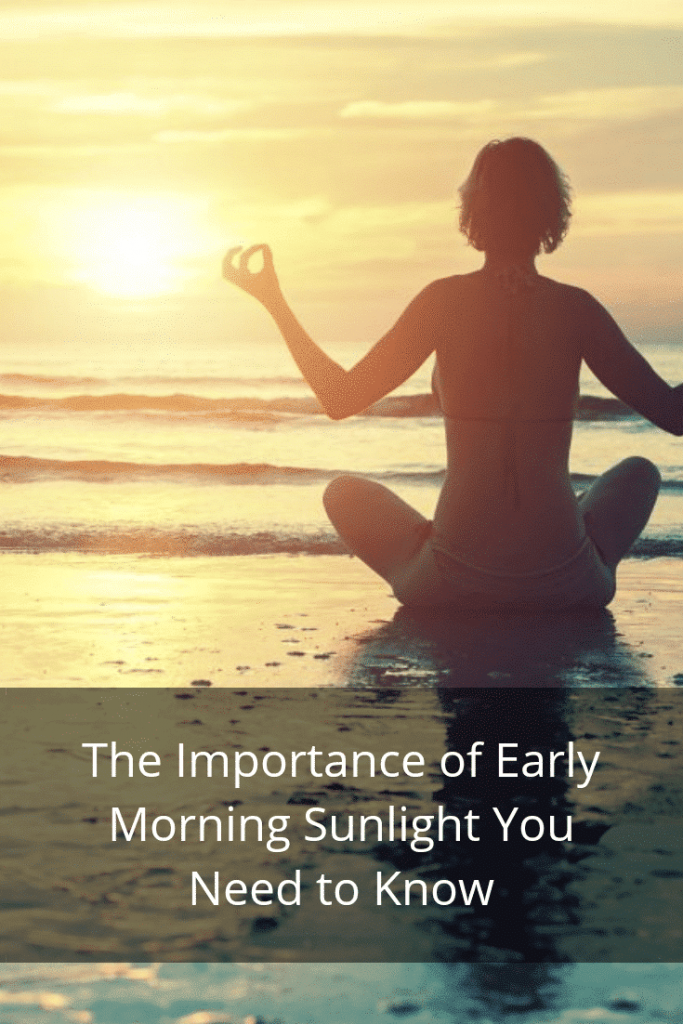 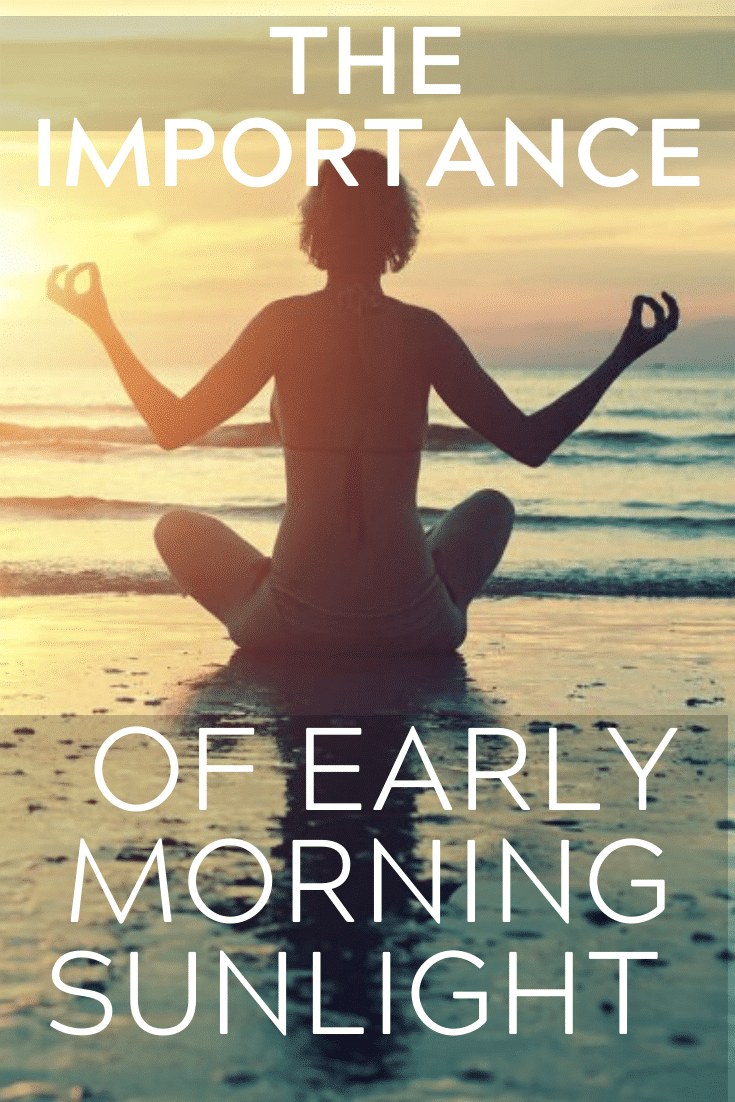 Vitamin D Council (2017). How do I get the vitamin D my body needs? Retrieved from https://www.vitamindcouncil.org/about-vitamin-d/how-do-i-get-the-vitamin-d-my-body-needs/

Dr. Jack Kruse (2017). Time to Rethink Your Truth About The Sun? Published on LinkedIn. Retrieved from https://www.linkedin.com/pulse/time-rethink-your-truth-sun-jack-kruse/

13 Reasons to Add Lion’s Mane For The Body & Mind

What is there to say about a mushroom that looks like a fluffy white lion (how it got its name)? Quite a bit, as it turns out. Lion’s mane (Hericium erinaceus) has been both a … 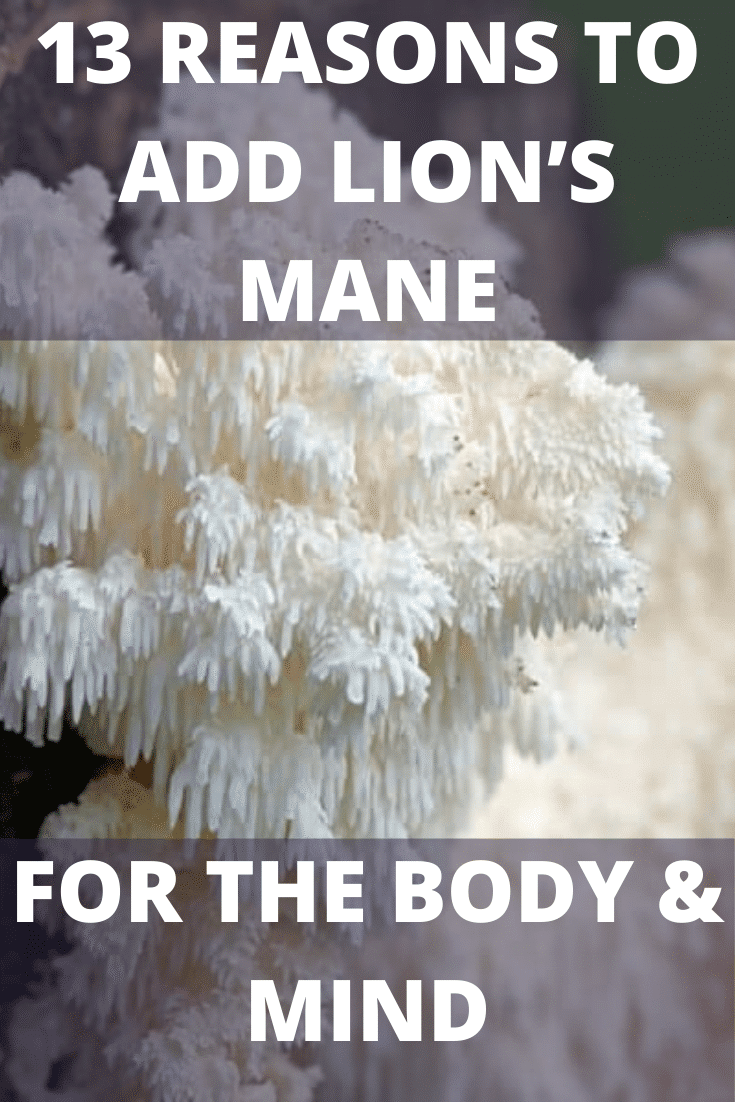 Powerful Benefits of Cordyceps Based on The Research

WHAT CAN CORDYCEPS DO? It’s miraculous such an odd mushroom is so powerful for human health—especially when it is so parasitic to insect life! Despite its weirdness, healers and herbalists long ago observed it, saw … 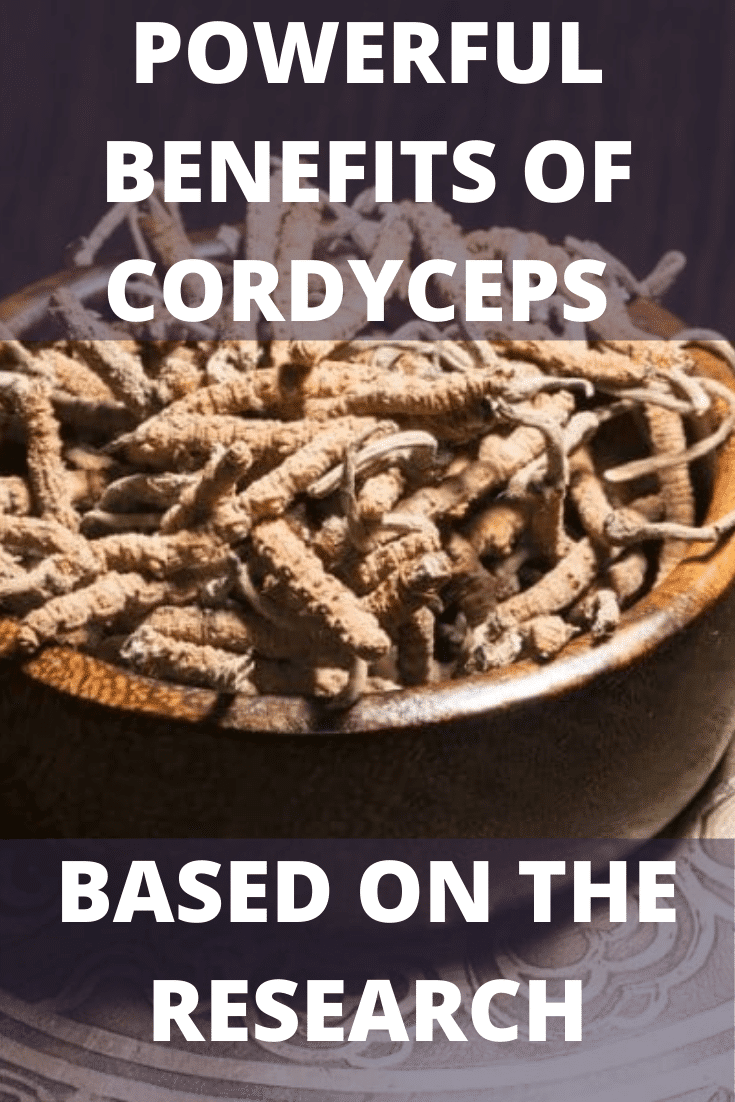 Combat Fibromyalgia with the Help of Reishi Mushroom

Nature can come in handy for some of the most under-explored, over-looked, and frustrating illnesses in the world. Some of these conditions have been around for thousands of years. And yet, medical science still doesn’t … 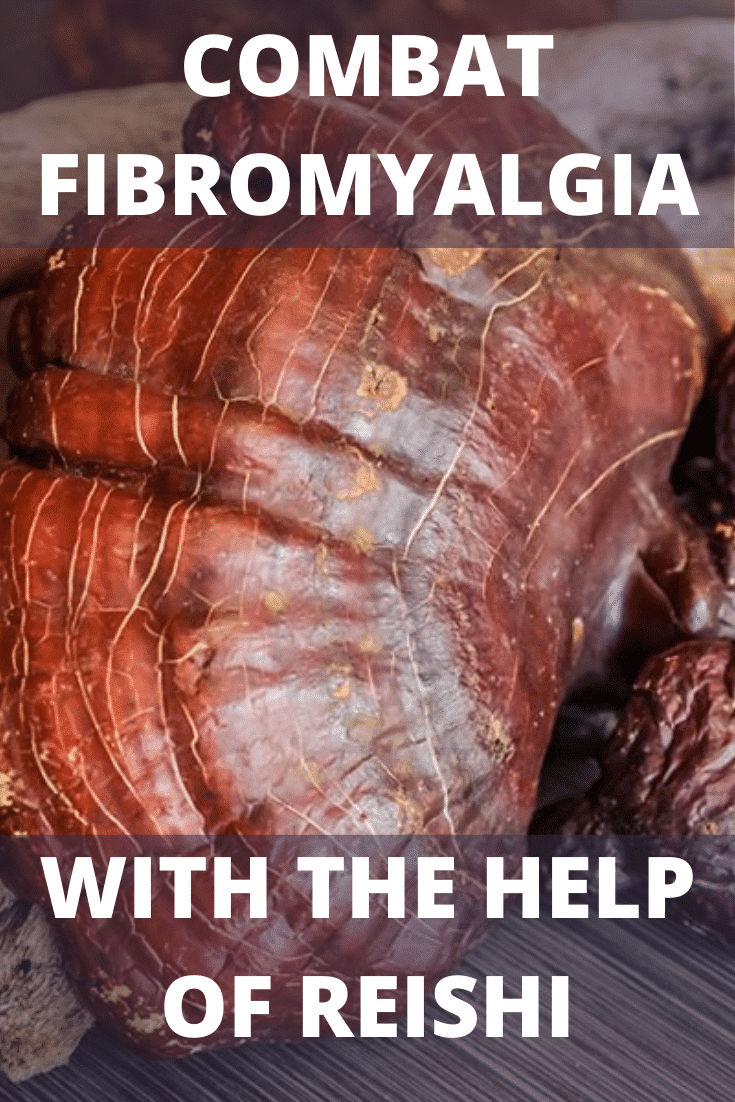