Commonly also called by its scientific name, epimedium, this Asian plant is widely known for the health benefits it imbues in those who take it— especially for reproductive health (as most people can guess).

But getting more deeply acquainted with epimedium can be surprising.

Besides positive effects for fertility, there’s lots more it can do, and for many other health systems. In fact, epimedium has almost as many benefits as some other popular herbs out there—like gynostemma, rhodiola, and many others.

It might be time to stop thinking of epimedium as strictly a reproductive-boosting herb! Here’s why.

WHAT EXACTLY IS EPIMEDIUM?

There’s a lot more to the herb epimedium than its existence as a simple supplement on store shelves.

Long before its modern-day use, epimedium was a powerful healer in Traditional Chinese Medicine (TCM). To be clear, there isn’t just one type of epimedium used in herbalism— in fact there are at least 50 different species, some used medicinally, others which are popular ornamental garden plants in its native homeland of China.

But there was something very noticeable about this herb in ancient times.

Legend has it that a goat herder, bringing his goats to graze on a specific plant, noticed that they suddenly had outbursts of lively and mischievous energy.

Noticing this effect, ancient herbalists decided to try it—and this eventually led to it being the popular herb for energy and vitality that we know it as today.

THE VERSATILE HEALTH BENEFITS OF EPIMEDIUM

But what more does epimedium bring to the table?

Let’s take a look at all its most-supported benefits according to science and tradition: for reproductive health, energy, and beyond.

EPIMEDIUM IS GREAT FOR MEN’S HEALTH

The herb’s effect on those goats long ago was apparently no coincidence.

In one study, epimedium’s active compound—icariin— proved to be great for male health, anatomy, and reproductive energy. Another showed similar, even protective, benefits to the entire reproductive system.

EPIMEDIUM IS GREAT FOR WOMEN’S HORMONES, TOO

Is the herb only reputed to be good for men? Think again.

There are certainly benefits for women’s health, too. In the case for female health, research suggests it can help the body produce more estrogen, which can in turn support many different female health issues—some common to women of all ages, but also for women as they age.

And without side effects, too. One study confirms the herb’s ability to help produce naturally estrogen—while another goes so far as to demonstrate that the herb can also help estrogen deficiency-caused osteoporosis, another common women’s health problem that is related to age.

Regardless of whether you’re a man or a woman, using herbs for perks in the bedroom is something just about anyone can enjoy—with benefits that don’t discriminate.

Make sure to add epimedium to that list of romantic vitality-enhancing herbs.

It’s long been used not only to strengthen reproductive health, but to also boost the pleasures one can experience from it. This review, for example, notes epimedium has qualities that may enhance both reproductive drive and desire, qualities that have been called upon in healing for hundreds of years.

Again, these properties are owed to the herb’s active compound, icariin, and are thought to be involved in its energy-boosting effects, too.

Just as much as it has been heralded for reproductive health, so has epimedium been equally praised for its benefits to energy.

Traditional herbalists prescribed it to restore vibrancy and lifeforce.

And not just for reproductive energy and health—but energy overall.

While it’s not yet 100% clear how epimedium can boost energy, some studies give an idea. One study has shown that it has effects on the endocrine system and certain glands that regulate energy, such as the adrenal glands.

More specifically: epimedium might help lower cortisol levels, which in turn helps boost energy and lower stress (and which could even help subclinical conditions like adrenal fatigue).

That’s right: because epimedium may help lower cortisol and increase energy, it could have some benefits for stress levels, too.

Does this mean one can use epimedium like an anti-anxiety pill? 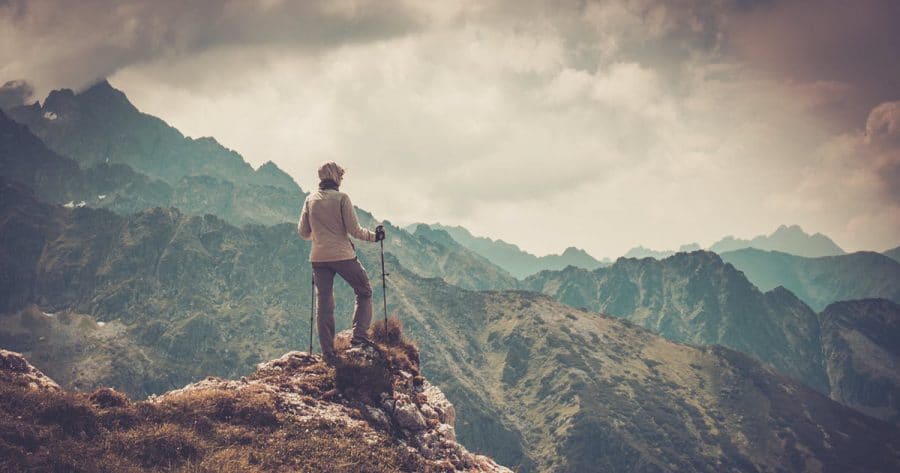 Not exactly. Rather, studies say that it has a way of fighting oxidative stress, which in turn can lower the stress we feel and experience on the regular.

Like in this study: icariin, the star compound of epimedium, showed an ability to help alleviate stress in test subjects that were made to face stressful experiences. More likely than not, these effects are best felt when the herb is taken holistically over a long period of time—mostly because these stress-relief effects are owed to its antioxidant qualities.

EPIMEDIUM HAS SOME ANTIOXIDANT PROPERTIES

While antioxidant properties can achieve a lot of things, like improved reproductive health, stress relief, and energy-boosting—all things capable in epimedium—there’s a lot more to antioxidants than all that.

They can also help boost the immune system, reduce cancer risk, and even do things like improve skin health naturally. If, according to studies, epimedium contains antioxidants, can it potentially do all of this for health?

The answer is yes—though more definitive studies are needed to what extent it can enhance health in all the above listed areas.

In this benefit, epimedium may be most unique: the fact that it may help support and stimulate nerve growth.

Though it’s been a tonic use characteristic of epimedium since ancient times, studies have confirmed that nerve regeneration may very much be in the realm of possibility if this herb is used for health purposes.

In this study, an extract of the herb was used on test subjects with nerve damage. The result was almost miraculous: observation showed that nerve damage began to heal while the extract was administered.

In essence, epimedium could help people get their nerve back.

Though before it is used extensively for those purposes, more studies are needed.

If an herb can help stimulate nerve growth or assist healing against nerve damage, then there stands a good chance that it could also help keep neurological diseases at bay naturally, too.

If an herb preserves nerve growth, then it also helps protect neurons—or can be called “neuroprotective,” the common term for a natural agent or medicine that can protect neurons.

What this means: use of epimedium could possibly reduce the risk of certain neurologically-related conditions, such as Alzheimer’s, Parkinson’s, ADHD or autism. The potential for this was demonstrated in this study, though there will need to be more studies before calling it a treatment for anything neurologically-based.

Another trait that may surprise readers: there’s a good chance epimedium may boost hair growth, too.

How could an herb possibly help with hair growth?

While herbalists of old have known for hundreds (possibly thousands) of years, modern scientific studies may be able to explain it best.

For instance this study, which focuses once again on icariin (epimedium’s most active healthful compound), shows epimedium stimulates hair follicles and cells in test subjects.

What happens: hair growth is then greatly increased after use of the herb. At this point, epimedium could be considered a great herb for hair health—though more studies are needed before calling it a hair growth promoter.

We know there’s a good chance epimedium could support stress. But could it also naturally help support depression?

In much the same way epimedium helps stress, it could also help depression.

In fact, in the very same study showing the herb could alleviate stress, the results also showed it has an almost anti-depressant-like effect, helping with both the chronic stress AND depression in the subject.

Once again, the researchers linked this effect to its antioxidant qualities. Since the herb can reduce free radical damage and fight chronic inflammation, this can have a beneficial effect within the brain—though it’s not quite up to snuff to be considered comparable to an anti-depressant yet.

For those seeking to boost heart health naturally, epimedium could be a great addition to the herbal medicine cabinet.

As an antioxidant, the herb naturally helps reduce risk of heart disease and other cardiovascular complications through fighting free radical damage— as well as inflammation.

Yet studies show it can activate optimal heart health in other ways, too.

Such as in this study—where icariin, extracted from epimedium, appeared to stimulate regeneration and healing in heart tissues that had been damaged from injury. Not only did it do this as an antioxidant, but it had other biochemical effects to promote heart function too, making it a heart-healthy herb that goes above and beyond.

Athletes, rejoice: epimedium can be an amazing tool for building muscle, studies suggest.

This is owed to the antioxidant abilities of icariin, extracted from the herb.

Research describes that epimedium may do this by promoting oxygenation in the muscle, thereby helping boost muscle building and help reduce muscle fatigue due to exercise, too.

Along with many other herbs that athletes relish for boosting energy and muscle building, they might just want to add epimedium to the list, too.

EPIMEDIUM MAY BOOST BONE HEALTH, TOO

Like with muscle growth, epimedium can help with bone growth, too.

For women especially, as described earlier, the herb can help increase low estrogen levels that may cause osteoporosis—a common age-related bone disease.

But apparently, there may be bone health benefits for just about anyone.

This study suggests that, regardless of gender, epimedium helps stimulate bone growth and formation. This confirms its traditional use in herbalism to strengthen bone health, and encourages its use today as a healthful supplement for the skeletal system. 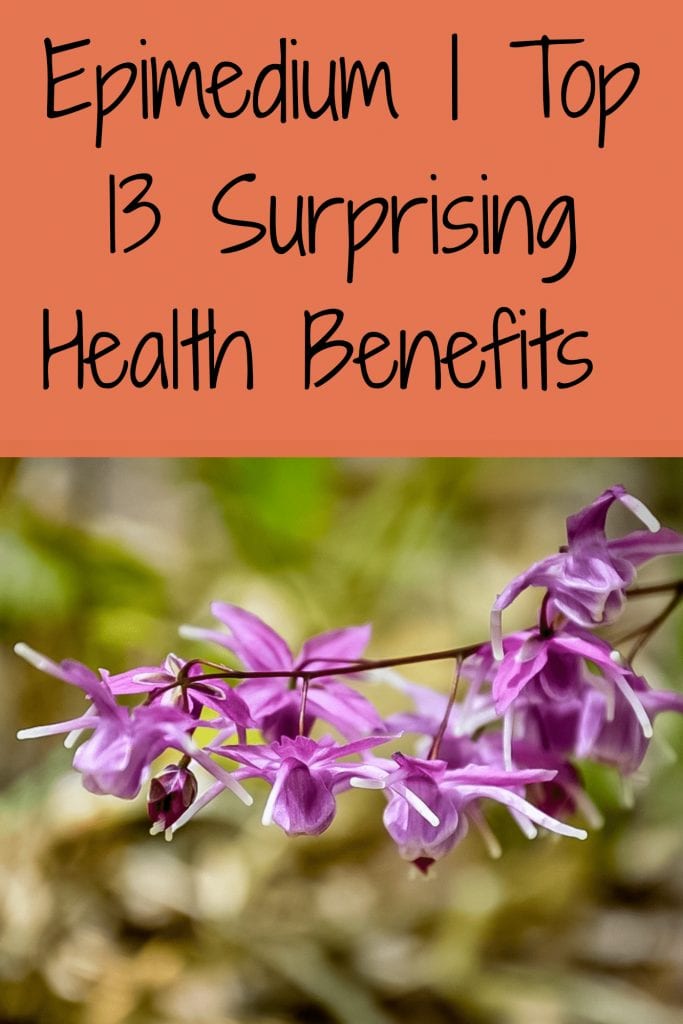