Imagine if there was a chronic illness that took advantage of and resulted from everything that’s wrong with the way we approach health today.

Now, imagine that this disease is real—because it very much is.

Type 2 diabetes may be the most widespread chronic disease in the world. Statistics estimate that there are over 500 million people who have it worldwide. 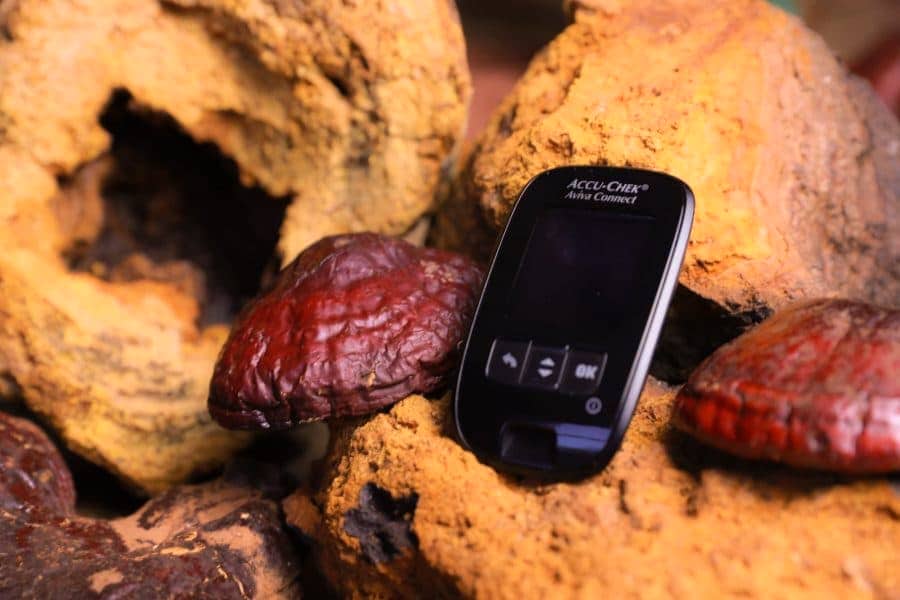 Mismanagement or lack of care can lead to serious health consequences.

One of the best and brightest natural approaches people with type 2 diabetes can take at home is the use of herbs, mushrooms, and healing botanicals.

Studies show these may possibly help manage blood sugars, inflammation, and other issues related to the condition over the long term.

What’s more, they could provide alternatives to mainstream diabetes management—plus they’re more natural and have fewer side effects.

They still cannot and should not replace major diabetes medications (like insulin), however; though it’s possible they can support the condition as supplements long-term—enough to reduce one’s dependence and reliance on certain other side effect-riddled medications in the long run.

A stunning fungus native to alpine woods of the northern hemisphere, chaga mushroom stakes its claim on many health benefits.

Beyond its ability to help reduce the risk of cancer, enhance heart health, and much more, this unique botanical shows a great degree of potential for those with diabetes.

One study showed that polysaccharides extracted from chaga worked much like powerful antioxidants, more powerful than those found in everyday foods. They were also powerful enough to restore functions in test subjects with diabetes, even to the point of protecting tissues from both blood sugar spikes and inflammation.

It also showed that long-term use of chaga, such as in supplement form daily for the long-term, had the most profound results. As such, chaga mushroom as a supplement—or one day as a therapeutic medicine—could be a game-changer for those with diabetes.

Explore Our Chaga Shroom Formula, containing 100% All-Natural, Sustainably Harvested Chaga and Betulin both of which are Rich in Antioxidant Polysaccharides.

In the world of plant adaptogens and herbs, gynostemma (also called jiaogulan, or Herb Immortality) reigns as queen.

Its antioxidants, AMPK activating properties, and other properties are truly something special.

Even better, they could be incredibly useful support for diabetics. For one, gynostemma may help with stress and anxiety, a small but nevertheless significant contributor to the inflammatory condition.

More remarkably though, placebo-controlled studies have shown that gynostemma has a direct effect on blood sugar levels. It apparently lowers blood sugars while also boosting insulin and blood sugar sensitivity, a very helpful thing for diabetics.

Yet another study showed similar effects, notably in the realm of increasing insulin sensitivity. Just like chaga, gynostemma—as a long-term antioxidant-rich supplement—may be a natural alternative and support in addition to mainstream medications that people with type 2 diabetes are looking for.

Explore Our Gynostemma Plus Formula, containing Pure Naturally-Grown Herb from Its Native Region in Southern China.

If herbs were judged by how great they were according to a resume, then He Shou Wu would be qualified for almost every job in the health world.

He Shou Wu boasts an enormous list of wellness benefits, plus it has an ancient reputation in folk medicine as a blood builder.

According to research too, He Shou Wu is more than equipped and qualified for supporting diabetes. One study showed that compounds from this Asian herb were especially adept at antioxidant protection from the chronic and harmful inflammation caused by type 2 diabetes.

Better yet: He Shou Wu has robust evidence that it could particularly protect against kidney damage caused by diabetes, as seen in another study.

People who take this herb regularly as a supplement will also find joy in benefiting from its many other perks for health in addition to diabetes support, such as liver protection, better hair growth, and so much more.

Explore Our Aged Prepared He-Shou-Wu Formula, Traditionally Stewed and Prepared with Black Beans to Bring Out Potency and Effectiveness.

This gorgeous woodland fungus is renowned for properties like boosting the immune system naturally, helping one age more gracefully, plus much more. These each has a strong foundation from the antioxidant action, which could also be good for supporting diabetes.

And from what research has to say, reishi can benefit the condition in multiple ways.

A review of reishi’s anti-diabetic effects summarized that polysaccharides, triterpenes, proteins, and many other compounds extracted from the mushroom could lower blood sugars, increase plasma insulin, and also increase overall insulin sensitivity.

Just like the other herbs and mushrooms above, reishi could one day be the target for novel therapies and medicines for type 2 diabetes in the future, though for now, it is no replacement for medication. In the meantime, its daily use as a supplement could show some benefits for diabetics in the short-term.

Explore Our Reishi Shroom Complex, Naturally Grown on Hardwood Logs and Double-Extract for the Fullest Spectrum of Benefits.

Herbs and mushrooms show lots of potential in the worlds of natural healing and science. But without basic practices of good diet and lifestyle habits, their benefits may not be enough.

Also, the benefits from these botanicals are assured to go the extra mile the more one incorporates better diabetes-supporting habits into their routine.

Pure and natural supplements may possibly improve the quality of life and even the effectiveness of diabetes medications, with a proper discussion with a doctor. But make sure to tack down the following approaches to natural diabetes management, which are widely recommended by doctors and health professionals of all kinds.

Type 2 diabetes is in part caused by predisposed genetic factors, though it’s widely known that diet is the real major player.

Especially a diet with too much sugar and processed foods is known to cause unhealthy blood sugar spikes and inflammation, which further down the road can lead to insulin resistance—and eventually diabetes.

Doctors will request a cut in sugar, which is certainly something to heed and take seriously, as it can be a direct cause—and harm—of diabetes.

Carbohydrates are sneaky little things. We’ve been conditioned to think they’re a different type of macronutrient that we need in a huge part of our diet when in reality, carbs are practically sugars—and they act very similar to sugars in our bodies.

They can also cause blood sugar spikes, which can both cause or exacerbate diabetes. Carbs are found in a lot of grains, baked products, and starchy vegetables like wheat, bread, pastries, gluten products, rice, and potatoes.

Dietary fiber is found in a wide range of fruits and vegetables, and it could practically be called the opposite of sugar. The same could be said about certain fiber-rich carbohydrates if they are prepared properly, called resistant starches, which act just like fiber but without causing blood sugar spikes.

Pack all these into that diet if there is any fear of diabetes, or if attempting to manage diabetes (in addition to doctor recommendations) through natural means and diet at home.

For diabetes support through diet, antioxidants are incredibly important. So, in addition to plenty of fiber to halt blood sugar spikes, make sure to eat plenty of nutrient-dense foods.

People may not realize it, but many of the vitamins and minerals we require are actually antioxidants in and of themselves, which can curb inflammation caused by diabetes. Vegans and vegetarians who eat plenty of plant-based foods (and especially seaweed) should have no problem with this—though for carnivores out there, foods like liver and oysters can really pack an animal-based antioxidant wallop.

Of course, exercise should never, ever, ever be underestimated for the management of any health condition—and diabetes is no exception.

Exercise is crucial for the management of healthy weight and metabolism, and both are, in turn, integral for improving one’s health while experiencing diabetes or reducing its risk over time—especially since the risk of obesity and diabetes are correlated.

When it comes to diet and blood sugars, people can take the extra step of monitoring their own blood sugars and watching for blood sugar spikes at home. One can even do this to reduce the risk of diabetes when they don’t even have it yet.

This can easily be done with the help of using a glucose meter to regularly check blood sugar levels at home.

If the risk of diabetes is high (or if one already has it) and alcohol and cigarettes are already in the picture, ditch them immediately. They can greatly exacerbate chronic inflammation and disease.

Quitting smoking is more than just beneficial to diabetes, too. While on the other hand, quitting alcohol can be great for the liver and also reduce the risk of fatty liver disease.

It may not seem important, but managing mental health is an important part of diabetes management, too, in addition to herbs, diet, and lifestyle.

This means finding anxiety support, as well as ways to better deal with stress and depression. After all, doing so can lower blood pressure and chronic inflammation, both of which help reduce diabetic issues. 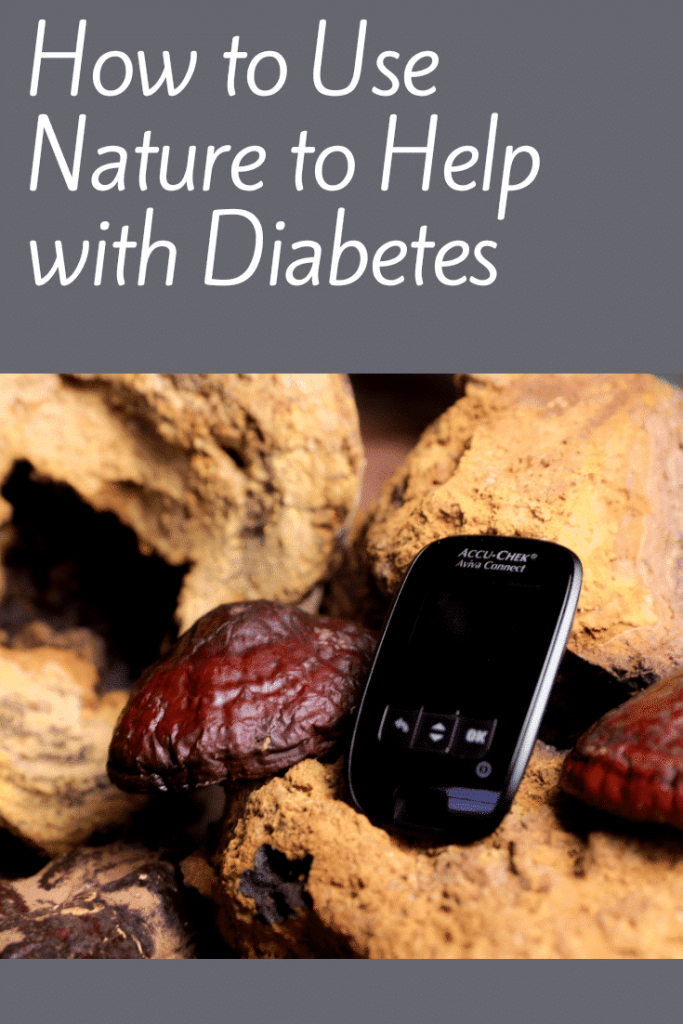 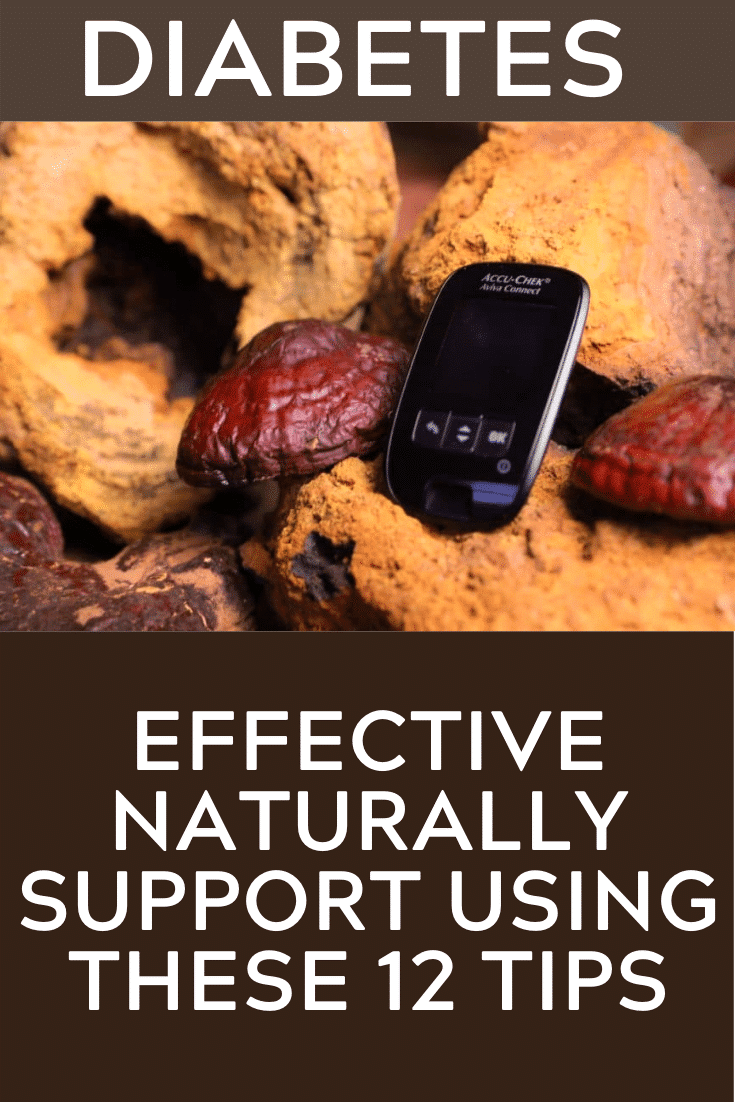