We hear lots about “superfoods” these days. But we don’t always know what they are or even what they do, in spite of how hyped up they are (and how amazed people are by their benefits!)

It seems like this healthy superfood can be found just about anywhere, which means it must be truly impressive! But just how impressive is it?

Of all esteemed superfoods out there, goji berries may be among the some of the best. Let’s take a look at 16 historically proven, research-supported benefits that explain why. 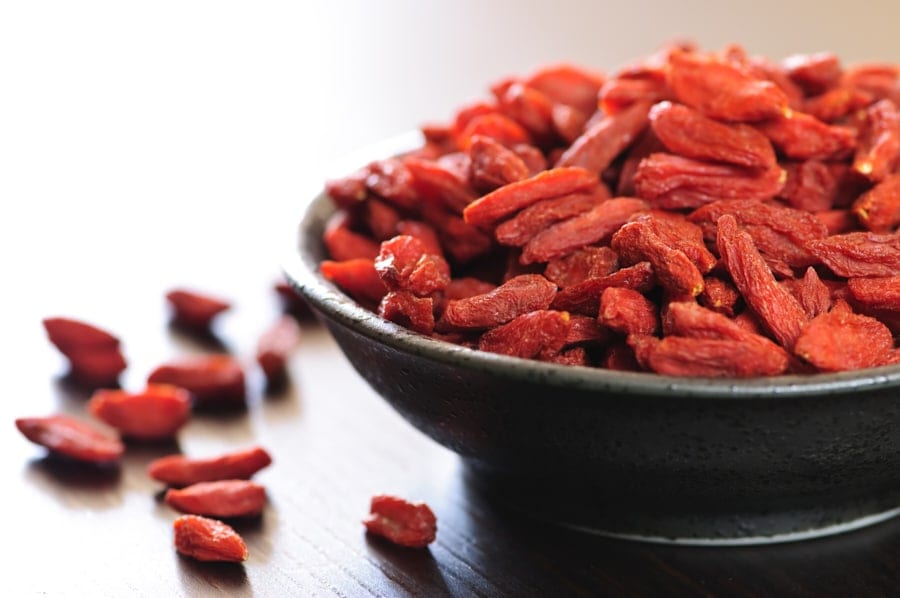 MOST OVERLOOKED BENEFIT: GOJI BERRY IS AN AMPK ACTIVATOR

There are tons of articles on the web talking about why goji berries are so great and healthy. But many miss the fact that goji berry is an AMPK activator!

But first: what is AMPK?

AMPK stands for adenosine monophosphate-activated protein kinase. Studies show that when it’s activated, there is a cascade of health benefits: lowered blood sugars, lowered cholesterol, and so much more.

Even more specifically, studies show that the very same goji berry can help activate AMPK. That health benefit should not be overlooked!

CAN ALSO BE GOOD FOR PAIN

Who would suspect eating a simple berry could be like popping a few ibuprofen?

Goji berries may not be quite as powerful or fast-acting. But studies suggest they do indeed work like an anti-inflammatory, probably if they are consumed in the right amounts and over a long period of time.

Exactly how helpful can goji berries be for pain?

Well, one study has shown the superfood could relieve pain in rheumatoid arthritis, a painful autoimmune condition. Beyond the pain, goji berry also appeared to help stop bone loss, too. 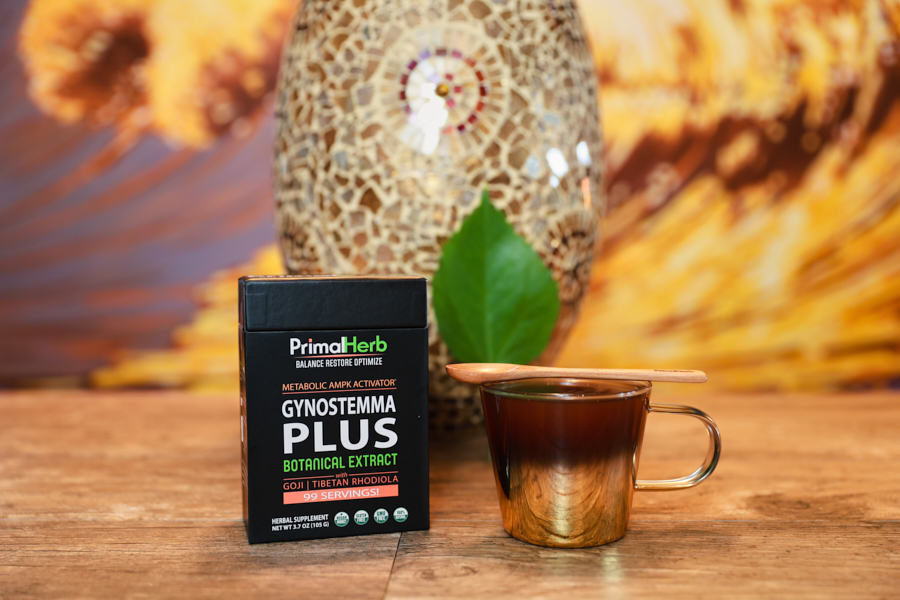 Anyone even a little familiar with goji berries probably knows they contain antioxidants.

They’re amazing nutrients. But according to research, there may be something a bit more special about goji antioxidants.

For example: this study showed their effects were so remarkable they actually restored energy and helped bodies recover more rapidly from exhaustion following rigorous exercise than what’s normal.

This isn’t just good news for athletes—it also means goji antioxidants could be a force to reckon with for other health issues, too.

PROTECT THE BRAIN AND NERVOUS SYSTEM

What’s another example of the potential in goji berry antioxidants? Their ability to protect the body’s neurological functions.

This can have more far-reaching effects for health than one would expect.

Research suggests many benefits from this antioxidant action, which makes goji berries what is called “neuroprotective.”

On the one hand, the berry may help with the healing of nerve damage from injury, as well as nerve pain. But it may also reduce the risk of (and symptoms of) certain neurological disorders, ranging from autism and ADHD to Alzheimer’s, Parkinson’s, and others.

The brain, nervous system, and neurological health are each tied up in another very important—but overlooked—facet of health: mental health.

We’re talking about stress, depression, anxiety, and much more.

So, where do goji berries come in? Well, since their antioxidants are powerful enough to be neuroprotective, this could have some perks for people experiencing mood disorders.

One study demonstrated this, showing that the berry helped people suffering mood disturbances, particularly depression. Yet another showed similar benefits for PTSD.

Goji berries are not a pharmaceutical replacement yet, but they could be supportive.

For those who feel they’ve tried everything when it comes to dieting, research hints it could be time to give goji berries a try.

This comes after intriguing research from high-quality studies.

In this study—which was randomized, double-blind, and placebo-controlled—some subjects took the berry, and others did not. Those that did experienced their bodies making healthy changes in metabolism which led to healthy weight loss.

Better yet, what goji berry accomplished was significantly better than what placebos did. There was even a decrease in waist circumference, signifying very measurable weight loss indeed!

SUPPORT AND REDUCE RISK OF DIABETES

Though not always tied in with weight, type 2 diabetes often involves obesity as a subclinical condition—though it’s not the most dangerous symptom for diabetes.

But, because goji berry is an AMPK activator, studies suggest it may help combat diabetes naturally, as well as help reduce chronic inflammation causing it.

It may play a role in this by helping lower blood sugars, too. While definitely no replacement for diabetes medications or insulin, it could be a supportive food.

Goji berries have been a traditional food for boosting hair growth in its native homeland, China. They’re also known to be chock-full of vitamins and minerals, all important to stimulating hair growth, as well.

While many swear by the superfood as a hair growth promoter simply based on experience, there’s some science to the way it works.

Goji berries may heal inflammation and damage to hair cells, for instance.

This was seen in this study. Polysaccharides, plant compounds found in the berry, were able to reverse damage to hair cells—which, theoretically, are responsible for increasing hair growth.

While many of us might worry about type 2 diabetes, some of us also worry about heart disease risk, too. Both these health conditions can come about by the same health risk factors—and it’s definitely not impossible to experience both at the same time.

Fortunately, goji berries can help with this risk as well.

A study showed consuming the berry had anti-hypertensive effects, meaning that it helped lower blood pressure naturally. Doing this, in the long-run, is a great way to both naturally manage and lower the risk of heart disease.

As we age, diabetes and heart disease are both risks we look out for. For a great deal of us, both men and women, we may worry about low fertility as well—our ability to have a family.

If low fertility is a concern, research suggests goji berries could combat this.

Many studies, like this one, for instance, gave researchers pause. This is because they showed that consumption of the antioxidant-rich berry could increase fertility in male test subjects, particularly through protective actions on the endocrine and reproductive systems together and at the same time.

Fertility has its practical purposes for wanting a family, though for many of us it has its pleasurable aspects too. Because goji berry has positive actions for fertility, it also carries over into health benefits for the bedroom.

Does that mean goji berries are an “aphrodisiac?”

It’s quite possible. Especially owing to this study, which showed that the berry helped with performance and function, even though the test subject was older in age.

Eating plenty goji, or guzzling down the supplement daily, may have perks in it for one’s love life.

Most of us know: health is nothing without the foundation of good digestive health. The question here is: do goji berries help that, too?

Apparently, yes, and with deeper health effects than we think.

But really, those who took it described feeling overall better health-wise, and in many other ways besides their digestive health!

PROTECTIVE OF THE LIVER

Everyone loves a good natural detox. The best way to get one? Taking care of the liver in as many ways as possible.

Like caring for the gut, good liver health reduces the risk of lots of diseases.

And just about anyone can add goji berries to their arsenal of liver-supporting, detoxifying foods. Studies prove this berry is indeed liver-protective: polysaccharides extracted from it showed abilities to protect the liver from damage, stop unhealthy liver metabolism, and more.

It may also help reduce illnesses like hepatitis or fatty liver disease, too.

PROTECTIVE OF THE KIDNEYS

When it comes to detox, everyone talks about the liver—but we often forget about the importance of kidney health, central to detoxification, too.

Together, the liver and kidneys work to purify our bodies.

Goji berry can play an essential role in kidney health, too.

Like studies on the liver, other studies show goji has kidney-protective effects. It may improve function, reduce damage or injury, and restore healthiest kidney function possible—though it can’t yet be called a kidney remedy by doctors.

Immune problems are more common and impactful on our health than we think. They range from stray encounters with colds or flu, or involve conditions like multiple sclerosis, asthma, thyroid problems, and more.

Taking care of the immune system is important.

Studies show that goji berries are a great way to naturally support the immune system because they have “immunomodulatory” actions: meaning they help the immune system act properly to fight off certain diseases.

Of mention in this study, goji was notable for helping support the body against one of the worst known immune conditions—cancer.

Cancer can be a tough disease to fight.

It can involve not only a takeover of the immune system in some ways, but be brought on also by excessive inflammation, free radicals, cellular damage, too many impurities in the body, or more than one—or all—of these.

Many of goji berry’s benefits listed above together can help fight cancer.

It could also reduce the risk of getting it, too. Though studies show it may also be a helpful food or supplement for those that are already experiencing cancer—because it helps stop the spread and growth of the illness, though more studies are needed to understand how or why this happens fully.

Either way, a superfood can’t get more “super” than fighting cancer! 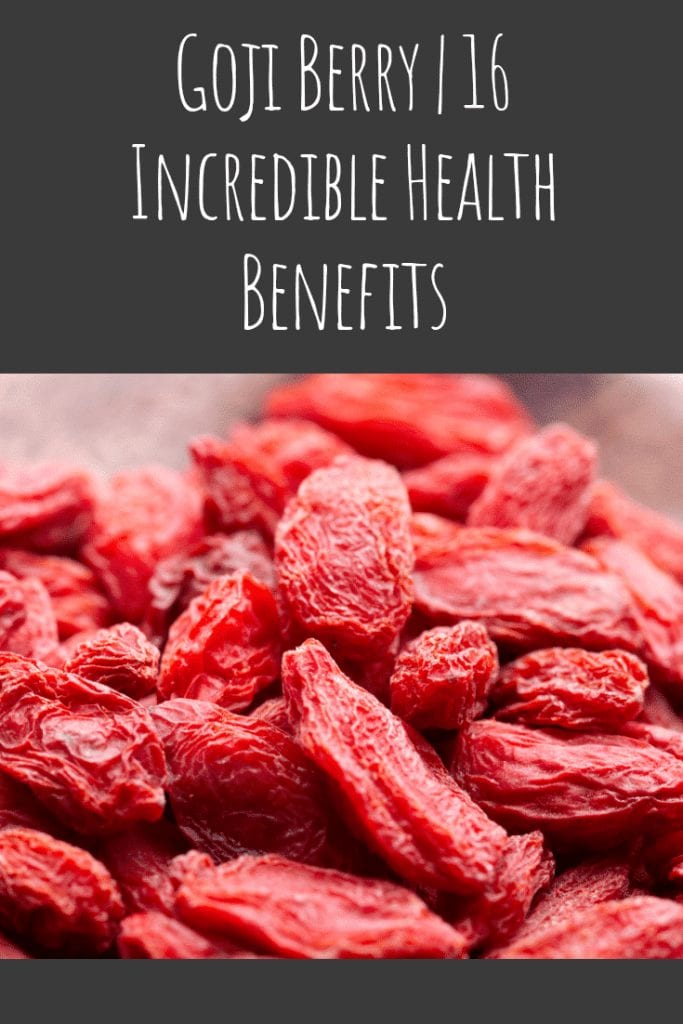